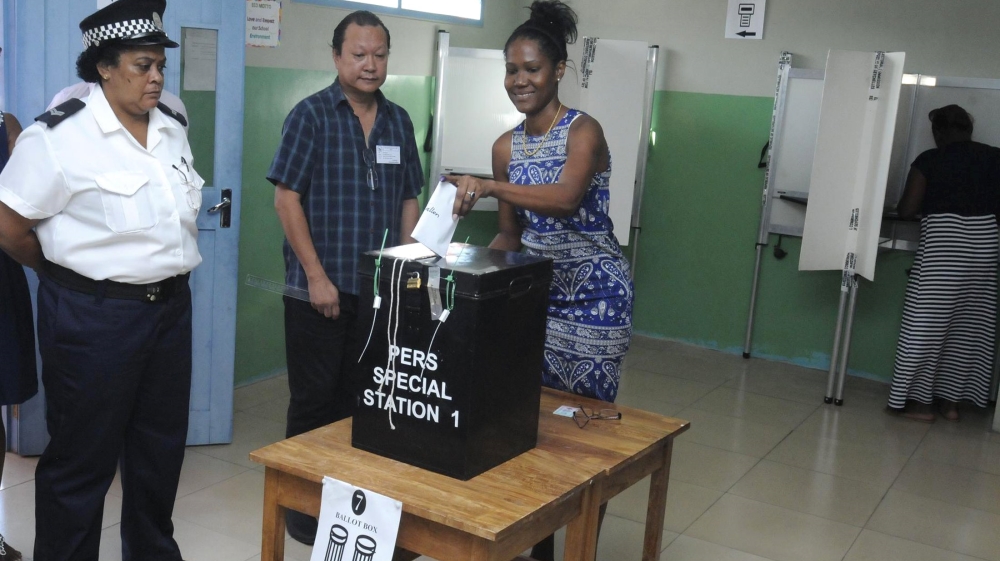 The Seychelles will go to an unprecedented presidential election runoff after all six candidates in the first round failed to secure a 50 percent share of the vote, the electoral commission said on Sunday.

“We will have to go into a second round,” said Hendrick Gappy, chairman of the Seychelles Electoral Commission. The next vote begins on December 16.

The Indian Ocean archipelago nation of 115 islands and 93,000 people went to the polls to pick a new president on December 3 in the three-day vote.

The incumbent President James Michel, 71, won 47.76 percent of the 62,004 votes that were cast, while his closest challenger, Wavel Ramkalawan, a 54-year old Anglican priest, scored 33.93 percent.

Michel, who touted his economic credentials during the campaign, said the result showed his Parti Lepep, or People’s Party in Creole, was still dominant.

“We got more votes than any other party. We missed by only two percent. We are ready for the second round,” he said.

The economy, which relies on tourism but also has expanding fisheries and financial services industries, is forecast to expand by more than four percent in 2015, according to the International Monetary Fund.

Ramkalawan, who ran on a Seychelles National Party ticket, thanked his voters for helping force a second round for the first time ever.

“The opposition has more supporters. Michel, we will come after you as the army of the opposition,” he said.

Opposition supporters poured into the streets of the capital waving green flags, joining those of Michel who drove vehicles draped with red flags. Both sides viewed the results as favouring them.

Voters said new entrants had drawn away support from the country’s two main political blocs, resulting in the need for a runoff.

“The newcomers in the presidential race took votes from the two traditional runners,” said Emmanuel Guy, a voter, who waited outside the counting hall all night for the announcement of the results. He did not say who he voted for.

The vote echoed debate in many African nations on the mainland about leadership term limits.

Ramkalawan and his party said no president should serve three terms, currently allowed by the constitution.

Michel, who has served for two terms, was part of a group that seized power in a bloodless coup in 1977. His party has won elections since 1993 when multi-party politics resumed. It has been in power for 38 years.