Unlucky in love? Husband cheating on you? Did you unwittingly sleep with your future father-in-law? 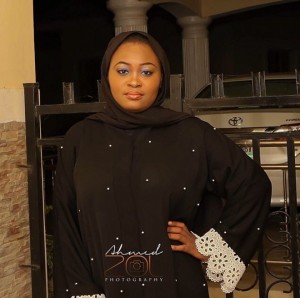 Ziya’atulhaqq Usman Tahir dispenses advice to her followers via Instagram[/caption] Help is at hand from an agony aunt using Instagram to solve relationship problems in northern Nigeria. The scenarios above are just some of the problems thatZiya’atulhaqq Usman Tahir has come up against. “I think a lot of women in northern Nigeria think like that, if you have a problem with your husband you shouldn’t say it, you should find a way to fix it, or pray for it. I’m all for prayers, but at times we have to speak,” she says. Tahir says her love of Igbo culture inspired her Instagram handle “Fat Ibo Lady”. Tahir shares other people’s stories anonymously, but she also solicits advice from her followers, who she calls “jurors”. The dilemmas they adjudicate on involve love, relationships and finances – all of the classic advice column topics. “I have a problem,” wrote one correspondent, before describing her love for her boyfriend of two years. “Problem is that his mum [doesn’t] like me all.” The boyfriend’s mum, the message continues, thinks that the woman – a university graduate – is too well-educated to go out with her son. “I wouldn’t advise you to marry someone whose mom doesn’t like you,” suggested one “juror”. Another commented: “Run for ur life!” But the verdict was not unanimous. “Y’all need to realise that there is a limit to obeying parents,” said one comment. “A man should be able to stand for the truth, it is in no way a reflection of how he will treat you in future because his mother was wrong and he didn’t obey her.” Tahir’s online advice hub began when she was discussing relationships with a friend – one who wouldn’t heed her advice. So she decided to post the problem on Instagram to see what the response would be like. “It just took 20 minutes before people started sending me their stories. And that’s how this agony aunt was born,” she told BBC Trending radio. The account snowballed, quickly picking up nearly 40,000 followers in just a few months. Tahir has developed a network of professionals who can help her with specific problems, such as lawyers, psychologists, housewives, gynaecologists and a local imam.   It’s a new approach to solving personal problems in the north of Nigeria, where she says it’s often difficult for women to discuss relationships openly. “I was not raised to believe you should not talk about your problems,” she says. “There’s a woman that sent me her story, her husband rapes her every night. There’s another woman who sent me her story, for six months, her husband has been beating her,” she says. “Northern [Nigerian] women have been in pain and hopefully this is going to be a time for change.” Tahir says she’s received many emails from people thanking her for providing a forum where people can get advice, and she says her wide Instagram audience is only the start. She hopes to create a TV show where she can reach new audiences looking for advice – and new jurors who are happy to chip in with their own thoughts. *BBC]]>