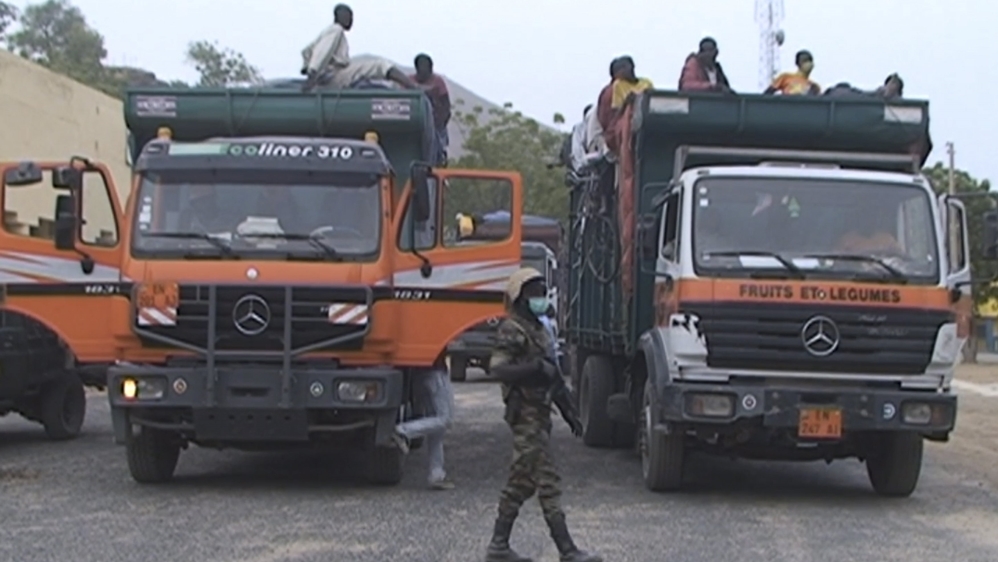 At least 10 people have been killed and 22 others wounded following a suicide attack in northern Cameroon, an area where the Nigerian armed group Boko Haram has been carrying out attacks.

Al Jazeera has learned from an army source that the deadly attack happened on Friday at around 0515 GMT in the town of Kolofata, just 13-km from the border with Nigeria.

Al Jazeera’s Bernard Nagmo, reporting from Maroua, said a male suicide bomber was responsible in carrying out the attack in the centre of town, where locals congregate.

He reported seeing at least 10 wounded victims, most of them women, being transported from Kolofata by helicopter to the Salak Airport in Maroua.

A separate report from the German news agency DPA said a second suicide bomber escaped about the bomb failed to detonate.

Joseph Nouma, commander of Cameroon’s elite forces fighting Boko Haram, told DPA that those who were wounded have been taken to hospitals.

It was the second time that Kolofata, which is regularly targeted in attacks blamed on Boko Haram, has been hit by a suicide attacker in three months.

On September 13 at least seven were killed there in a double suicide attack.

The town is also located near Kerawa, another Cameroonian town where up to 40 people lost their lives on September 3 in one of the deadliest attacks on Cameroonian territory.

Cameroon, Chad and Niger have formed a military alliance with Nigeria and Benin to battle Boko Haram, which earlier this year declared allegiance to the Islamic State of Iraq and the Levant (ISIL).

Boko Haram’s grip on the region has suffered as a result of offensives launched by local armies and a multi-national forces.

Boko Haram, which wants to implement Islamic law in Nigeria’s northeast, has launched attacks in Nigeria and neighbouring countries including Cameroon over the past few months.

The armed group was using Cameroon’s impoverished far north to stockpile supplies and recruits until the government cracked down last year.

Cameroon is part of an 8,700-strong regional force led by Nigeria against the group, expected to be operational by the end of the year.