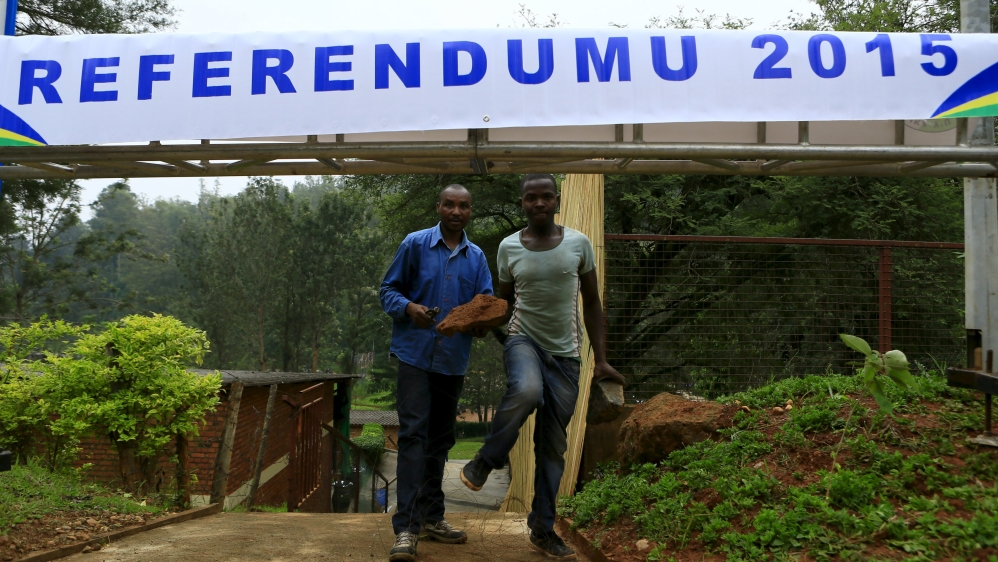 Rwandans are voting in a referendum that could change presidential term limits and will determine if President Paul Kagame should be allowed to extend his term for a third time.

Close to six million Rwandans are voting in a referendum on constitutional amendment that could see Kagame extending his leadership unto 2034.

Al Jazeera’s Malcom Webb, reporting from a polling station in the capital Kigale, said Kagame has not said if he will stand for another term or not.

“He says he is going to wait for the outcome of this referendum so he can engage the will of the people as to how much they want him to run again.

“Opposition members, who are a few in this country, say that this is not a democratic process, whereas government supporters say this is a representation of the people’s will,” Webb said.

Kagame, 57, has been at the forefront of Rwandan politics since 1994, when an offensive by his ethnic Tutsi rebel force, the Rwandan Patriotic Front, put an end to a genocide by Hutu fighters that left an estimated 800,000 of his community dead.

Kagame first served as minister of defence and vice president, and then took the presidency in 2003, winning 95 percent of the vote.