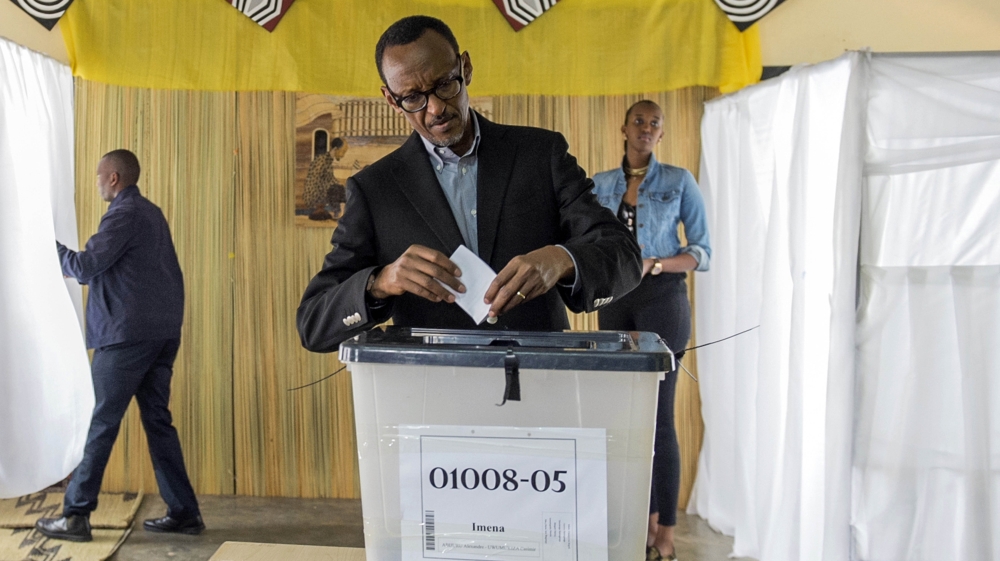 Rwanda’s National Electoral Commission ‎has announced the provisional results of the referendum that show the majority have voted for an amendment to the constitution to allow the president to contest for a third term.

Al Jazeera’s Malcolm Webb, reporting from Kigale, said voters have overwhelmingly backed a referendum that would allow President Paul Kagame to stay in office until 2034.

The constitutional amendment proposes that starting in 2017, the president can serve for two terms, with each term equivalent to five years.

“The results of the controversial referendum were exactly as expected. People at this pre-planned event, in the capital Kigali, celebrated as the total from each district was announced by the electoral commission,” Webb said.

The chairman of the National Electoral Commission says that the provisional results indicate that Rwandans have accepted an amendment to the constitutional to allow the President to contest a third term.

The commission said almost 6.3 million Rwandans participated in the referendum, adding that on average, across the country, 98.3 percent voted yes and 1.7 percent voted no.

Kagame, 58, has been at the forefront of Rwandan politics since 1994, when an offensive by his ethnic Tutsi rebel force, the Rwandan Patriotic Front, put an end to a genocide by Hutu fighters that left an estimated 800,000 of his community dead.

Kagame first served as minister of defence and vice president, and then took the presidency in 2003, winning 95 percent of the vote.