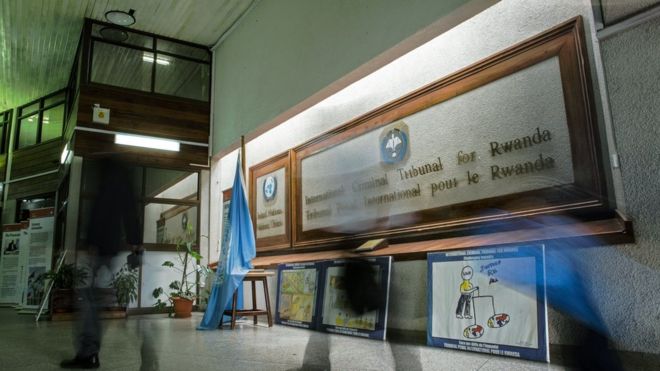 The small, dusty town of Arusha in northern Tanzania is the gateway to Mount Kilimanjaro, to the beauty and the wildlife of the Serengeti.

But for 21 years, a small courtroom in this bustling tourist town has heard some terrible things and has handed down some extraordinary rulings. In the months that followed the 1994 Rwandan genocide, the UN Security Council established the International Criminal Tribunal for Rwanda. On Monday, the tribunal delivers its 45th and final judgement – an appeal ruling against six convictions – then it will formally close. It wasn’t the only body set up to judge those responsible for perhaps 800,000 deaths in a hundred days of killing, but it became the first international court to pass a judgement on genocide. Four years after the massacres took place, Jean-Paul Akayesu, a former mayor, was convicted on nine counts of genocide and crimes against humanity. Dozens more were to follow – among them the former Rwandan Prime Minister Jean Kambanda, who became the first head of a government ever to be convicted of genocide by an international court. In all, 93 individuals were indicted – politicians, businessmen, high-ranking military and government officials, heads of media and religious leaders. Two-thirds of them were sentenced, and more than 3,000 witnesses appeared in court to give their personal accounts of crimes against humanity. 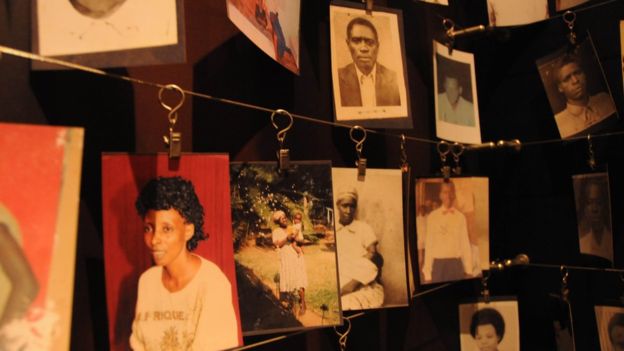 Around 800,000 people were killed during the 1994 genocide[/caption] The tribunal was also the first international court to recognise rape as a means of perpetrating genocide, but it has no shortage of critics over its estimated $2bn (£1.3bn) price tag. It’s seen as a huge amount for a relatively small number of convictions, given the scale of the killing. Critics, like Jean Pierre Dusingizemungu from Ibuka, an umbrella group for genocide survivors in Rwanda, says the ICTR has “delivered nothing for either the victims or the survivors of the genocide”. “Delivering no compensation for the horrific atrocities committed during the genocide planned, and perpetrated, by the government.”

The ICTR in numbers:

Rwanda: How the genocide happened Rwanda timeline Supporters, such as the tribunal’s Danish president Judge Vagn Joensen, believe its judgements serve as “powerful deterrents to those committing similar crimes in the future”. “That all those who commit genocide or other atrocities, regardless of their position, will no longer go unpunished,” he told the UN Security Council in his final report last week.

Tim Gallimore was the spokesman for the ICTR prosecutor between 2004 and 2008, and he said the fact the tribunal was held outside Rwanda and worked in three languages (English, French and Kinyarwanda) made it extremely expensive. “I don’t think there’s any jurisdiction anywhere in the world that if you did a comparable assessment of the price and the number of people involved that would say the investment was a good return,” he said. “It needed to be done and still needs to be done. The kinds of precedents it set – over what it means to commit genocide, and to establish a regime for protecting human rights is a significant accomplishment. “But I’m disappointed about the justice aspect of it,” he said referring to cases which have collapsed and prisoners released early despite the weight of their crimes. The majority of those convicted in connection with the genocide were tried not in the ICTR, but in Rwandan community-based “gacaca” courts which completed their work in 2012.   Yolande Bouka is a researcher from the Institute for Security Studies, specialising in Rwanda, and she studied the tribunal, which focussed on the more senior perpetrators. [caption id="attachment_23158" align="alignleft" width="624"] 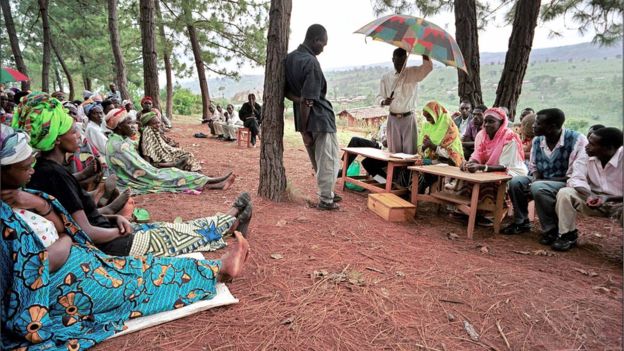 A “gacaca” court in Rwanda. Gacaca means to sit down and discuss an issue[/caption] “Ordinary people would tell me one of the greatest frustrations about the tribunal was the disconnect between the people and the process – they couldn’t look at those accused and get a sense of who organised the genocide. “They also felt they had not been harshly sentenced in comparison to some of the executors in Rwanda who were sentenced in the first year of transitional justice… some were executed.” She felt the tribunal never fulfilled its full jurisdiction to try all crimes against humanity whether perpetrated by ethnic Hutus or Tutsi rebel group the Rwandan Patriotic Front (RPF), which is now Rwanda’s governing party. “This political aspect of the tribunal is very frustrating, as it offers an official narrative: Where genocide crimes against the Tutsi population have been highlighted as the only crimes. “The reality is… the RPF committed a tremendous amount of crimes throughout the country during the civil war and during the genocide, and because the tribunal has failed to properly investigate them or try to prosecute them, I think this is going to be one of the biggest failings of the tribunal.”

Still on the run

And what of those still on the most wanted list? It’s perhaps ironic that as the tribunal was winding down, Ladislas Ntaganzwa was arrested last week in the Democratic Republic of Congo. [caption id="attachment_23159" align="alignright" width="624"] 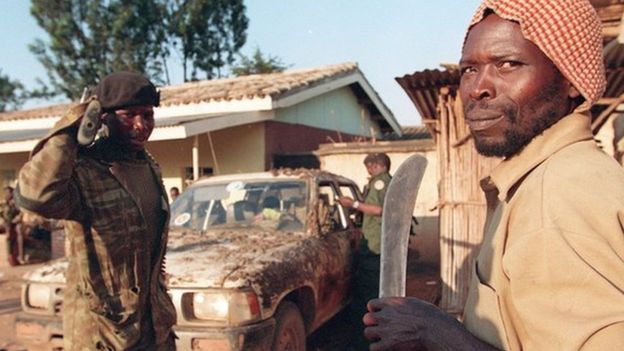 Most of those who perpetrated the violence were Hutus[/caption] Accused of organising mass rapes and killings, the US called him “one of the main instigators of the genocide.” His case will now be tried in Rwanda.   Eight other men have been indicted as senior figures in organising the genocide, but they remain on the run. If arrested some will be tried in Rwanda, while others will be dealt with by something called the Mechanism for International Criminal Tribunals, which will continue the work of the tribunal. “The Mechanism” has no police force, nor powers of arrest, relying on national governments to act on its behalf, but 21 years after the genocide, is still committed to finding the last genocidaires. *BBC]]>