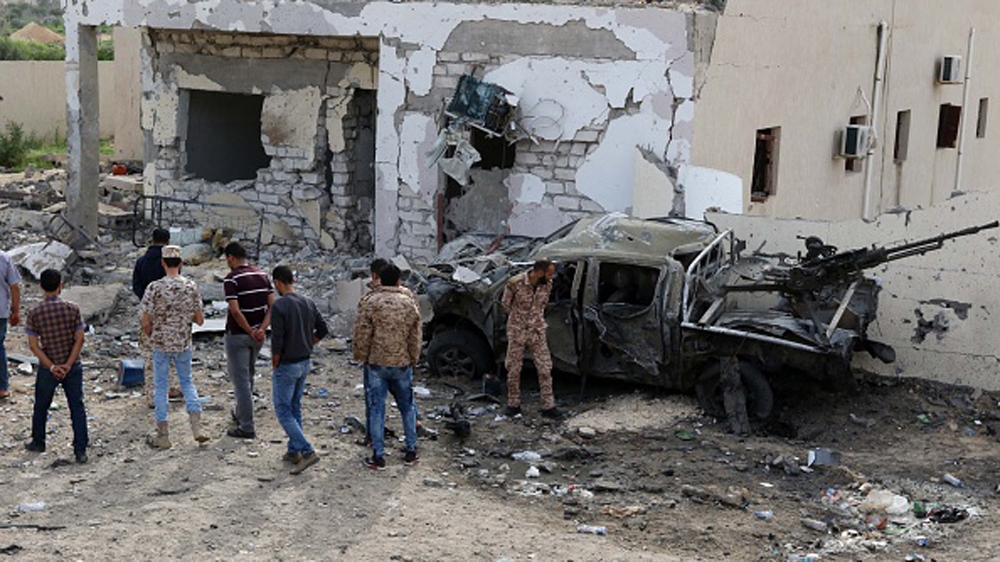 Speaking in the Tunisian capital at a UN-facilitated meeting on Libyan political dialogue on Friday, Martin Kobler, a German career diplomat and UN representative, said: “I’m very happy to have this agreement around the table. I’m convinced that human suffering has to end in Libya.”

The agreement is due to be signed on December 16.

“Those who agree to sign must put the interest of the Libyan people above personal interest,” said Kobler, adding that “many problems remain but these have to be solved by the government in place – that’s what governments are there for.”

Libya currently has two rival parliaments and governments: the Tripoli-based General National Congress and the UN-recognised House of Representatives in Tobruk.

The conflict between the two powerful factions erupted more than a year ago when they set up rival governments in a battle for control of the oil-rich North African nation.

The country has been torn apart by violence since the major Western powers helped to topple long-time ruler Muammar Gaddafi in 2011.

Friday’s agreement comes before another round of UN-brokered peace talks in Rome, which start on Sunday.

Calls for peace in Libya have intensified lately as the weakened security situation has helped the Islamic State of Iraq and the Levant (ISIL) group establish a base in the country.

It is estimated that the armed group has up to 3,000 fighters who control large parts of the cities of Derna and Sirte.

The UN has long warned of the need for political rivals to unite in order to defeat ISIL’s ideology.

Al Jazeera correspondent Zeina Khodr, reporting from Rome, said that while a UN-brokered deal was a “positive step”, questions remain about the forthcoming political process in Libya.

“We need to know where will this government be based? And whether all members of these two institutions are on board?” she said. “If you don’t have main political and military actors onboard, this could be a recipe for further disaster.”

Al Jazeera’s Nazanine Moshiri, reporting from Tunis, said: “I saw that the representatives from both sides [in Libya] hugged and kissed before Kobler’s statement,” she reported from the press conference held by the UN’s Kobler.

“But, questions do remain. There was, for instance, no mention of [Libyan General Khalifa] Haftar.”

Haftar is the self-appointed commander of the army for the UN-recognised government in Tobruk, and one of the most divisive figures in post-revolutionary Libya.

Haftar gained support from some Libyans tired of their country’s disorder, but has also drawn criticism over air strikes and attacks on civilian airports and sea ports.

The UN’s Kobler concluded the press conference without taking questions from the media.

“I admire the courage of those around the table to sign this agreement which was negotiated for such a long time,” he said. “The implementation phase will start with many problems. The UN is always ready to support governments of national accord.”