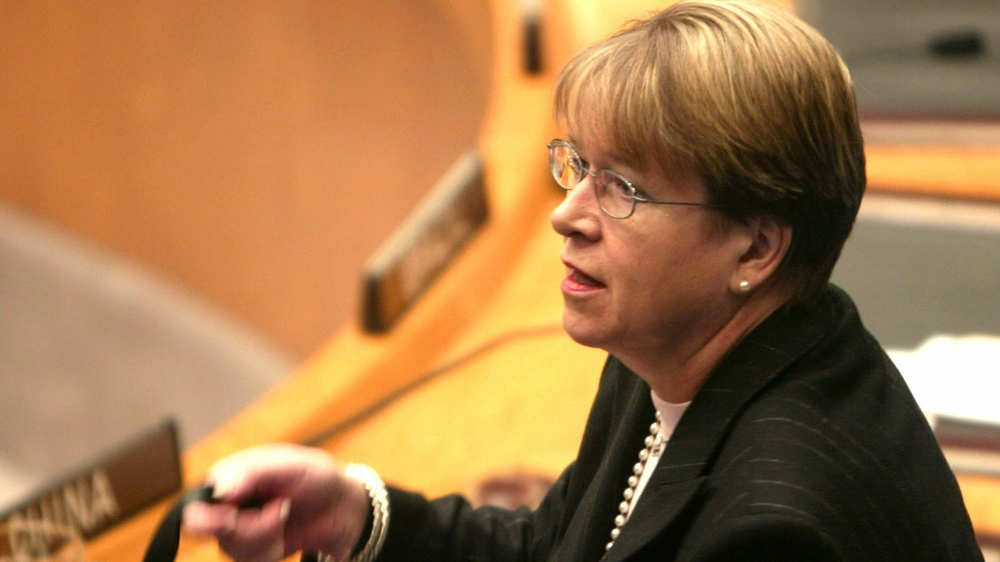 South Sudan recently marked the second anniversary since a brutal conflict began that has killed thousands of people and forced two million others from their homes.

Under immense international pressure, President Salva Kiir and rebel leader Riek Machar signed a peace deal in August. Nevertheless, fighting continues in many parts of the country with widespread reports of atrocities against civilians.

The United Nations peacekeeping mission (UNMISS) has been in South Sudan since the interim period that ushered in South Sudan’s independence in 2011.

Since the eruption of the most recent conflict, 180,000 internally displaced people have sought protection inside its bases across the country. The UN Security Council has just boosted the deployment by another 1,100 troops.

Al Jazeera spoke to Ellen Margrethe Loj – special representative of the UN secretary general and head of the peacekeeping mission in South Sudan – about the mission.

Al Jazeera: What challenges does the international community face in reaching the 4.6 million South Sudanese in need of humanitarian assistance?

There are two challenges. First of all, internationally a lot of people are in need, so there is a lot of demand for financial resources. Here in South Sudan we also have the challenges with access, both from the two parties and other groups. And I would also say that as the economy is getting very strained, we also see informal groups putting up roadblocks to extort money and goods.

AJ: The peace deal signed in August is significantly lagging behind deadlines. Is there enough political will and commitment on the two sides?

Loj: Well both of them say they are committed to the peace deal and we can only hope they will show that in practice. I know there’s all kinds of discussions going on to have the opposition come back to Juba with an advance team, so that some of the mechanisms in the peace agreement can be implemented. But as you have seen since December 2013, also during the peace negotiations in Addis Ababa, ever so often we saw delay and delay, so I must say for the sake of the South Sudanese people that I hope the commitment to the peace agreement is genuine on both sides.

AJ: The government expects the international community to fund the peace process, but donors have been hesitant so far because of various reasons, including human rights violations and corruption. Could the lack of funding become an obstacle to implementation?

Loj: Funding is certainly needed and it’s a very ambitious peace agreement in terms of funding. There are many challenges in the world today for donors, so it could be delayed because of lack of funding. But again, we have to make progress step by step. I think for many donors it’s also a question of having the necessary confidence in the parties to move forward. If we get the SPLM-IO back, if we get the Joint Monitoring and Evaluation Committee up and running … I’m hoping the delay will not be as big.

AJ: More than 1.6 million have been displaced internally by the conflict, with around 180,000 civilians still sheltering in UN bases across the country. Despite the peace deal, many are still afraid to return. How and when are you planning on enabling these 180,000 people to return home?

Loj: We don’t have a timeline. The vast majority of the people are in three camps, Bentiu, Malakal and Juba. What we have decided -together with our humanitarian colleagues – is that as the peace agreement starts being implemented, we would do a strategic review of each of these sites and look at possible solutions and timelines. One thing is absolutely clear: Return from the POC [protection of civilians] site has to be voluntary, safe and sustainable. We cannot assist in moving people to an area of the country if their life is in danger or if they will starve, for instance.

But let me add, we are also unfortunately seeing increased criminality within the POC sites, gangs, all kinds of activities, which we are doing our very best to calm down, but we need the cooperation of the IDPs [internally displaced people]. If they are really there because they need protection, we would hope that they would not engage in those kinds of criminal activities which create insecurity.

AJ: The UN Secretary General in his report on November 23 admitted that despite the challenges “more can be done to extend protection beyond the UN sites”. Could you have prevented some of the atrocities committed?

Loj: Well the balance is that we have civilians within our bases, and they have to be protected, and as I said criminality is rising, so that draws more police and military resources to deal with the protection sites. But there’s no doubt about it, there’s a misunderstanding in my view that protection of civilians is only about protecting civilians within our bases. On the contrary, that should be the last resort, only if anything else has been tried. Mobility is much more important, to move around, to observe what’s going on, hopefully to give a sense of security to the local population. So it’s that conflict. And then of course it has been difficult for us because of movement restrictions … ever so often when our peacekeepers try to move they are forced to turn around.

AJ: To help UNMISS support the peace deal implementation, the UN Security Council approved 500 additional troops and 600 additional police personnel. The mission currently has 12,500 uniformed personnel. If you are already struggling to get out and patrol with the current troops, how are an additional 1,100 on top of 12,500 troops going to make a difference?

Loj: It has been very difficult for TCCs, troop contributing countries, to deploy with the necessary equipment. It has also been difficult for us in the mission to get the camps up and running because of the physical conditions. We decided … we wouldn’t ask for something unrealistic that couldn’t be implemented in the next year.

AJ: Do you struggle to recruit peacekeepers with the right background and skillset to deal with an army and militia that often don’t observe rules of engagement or the Geneva conventions?

Loj: Yes, it has been a challenge for many years for the UN to recruit properly trained peacekeepers. We had hoped the requirements would go downward, so the UN could look at the right capabilities, but unfortunately the crisis in South Sudan, Mali and Central African Republic have meant the demand for peacekeepers has gone up. We rely on certain troop contributing countries, because there are a lot of countries – especially in Europe and North America that don’t contribute peacekeepers or very small numbers of peacekeepers to UN operations. We are doing the best we can, but the Secretary General is very actively trying to broaden the base of countries contributing to UN peacekeeping.

AJ: There’s currently an ongoing review of UN peacekeeping operations around the world to make them more efficient. What are the main things that need to be done to improve effectiveness of peacekeeping in South Sudan?

Loj: I think it’s very important that peacekeeping missions are composed and structured so they can meet the challenges in each specific theatre… I also think it’s crucial that peacekeeping alone is a temporary solution allowing for the political processes to find solutions. Peacekeeping alone without going hand in hand with political efforts to solve the underlying challenges will not be successful in the kind of conflicts we are facing today. Finally, we have to be more creative in the tools we are given in terms of special capabilities, again, depending on the challenges in the country in question.