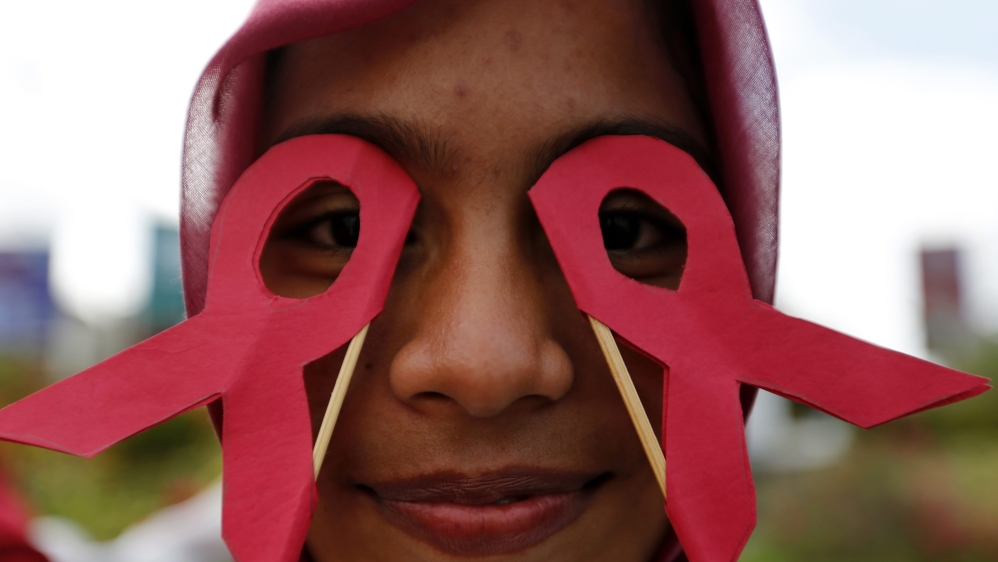 In a report released by the World Health Organization (WHO) on the eve of World AIDS Day on December 1, the global health body claimed the world was poised to end the AIDS epidemic by 2030. According to the stats released by WHO, the number of HIV deaths had reduced by 42 percent – from a peak of more than 2 million in 2004 to an estimated 1.2 million in 2014.

But with overburdened health systems, poor infrastructure and life-long treated needed, is the world really headed towards an AIDS-free generation by 2030?

Al Jazeera talks to Dr Matshidiso Rebecca Moeti, WHO regional director for Africa, about the latest data and claims that political will was waning to end the scourge.

Al Jazeera: There has been a lot of talk about ending AIDS by 2030 and recent data released by WHO says that more lives are being saved, especially in Africa (due to treatment). At the same time new infections are still very high (two million people in 2014). How does WHO reconcile these two seemingly opposing facts?

Rebecca Moeti: Over the past 15 years, there has been substantial progress both curbing deaths from HIV/AIDS and reducing new infections across the WHO Africa Region – which includes 47 of the continent’s countries.

Since 2000, new infections have also been cut by 41 percent. Further, I’m proud to report that the Africa Region registered a consistent drop in new infections after 2010 – the only region to do so.

However, you’re right that the number of new infections globally and in the Africa Region remains far too high (1.4 million in the region in 2014). Infection rates have not fallen quickly enough, and there have been recent rises in the number of adults and children newly infected in some countries.

To decrease new infections, the implementation of new WHO guidelines, which recommend that all individuals diagnosed with HIV receive immediate treatment, will have a significant effect reducing transmission rates. We also need to ensure prevention services reach everyone, particularly the most vulnerable populations – including women, children, injection drug users, sex workers, prisoners and other people at risk.

Al Jazeera: While more lives are being saved, some countries in sub-Saharan Africa are battling with overburdened health systems, shortage of staff and medicine. How can we be sure that HIV+ people in these countries will continue to receive the help they need for the rest of their lives – considering the challenges on the ground? And for WHO, is it just about saving lives, or is there an effort about transforming them?

Moeti: Strengthening health systems to ensure they are resilient, equipped and appropriately-resourced to provide quality care for a range of health needs, including HIV, is a major priority for the WHO Africa Region. Several countries in Africa are already taking major steps towards stronger health systems and are seeing positive outcomes.

For example, Rwanda’s successful implementation of health system reforms helped the country attain the UN threshold for universal coverage of antiretroviral therapy of 80 percent. Countries such as Zambia, Ethiopia and Malawi have harnessed trained, community health workers to reach people with HIV services who are often not reached by other levels of the health system.

As regional director for WHO AFRO, I am committed to supporting countries to strengthen their health systems, not only to save lives, but also to improve them – so that people living with HIV and other ongoing health challenges have the quality services they need throughout their lives.

Achieving strong health systems, capable of delivering quality and equitable care for HIV, is a major priority of WHO AFRO’s HIV/AIDS strategy for the next 15 years.

If people can lead productive lives despite their chronic health challenges, they will be able to go back to work, feed their families and send their children to school. This, I believe will significantly transform their lives.

Al Jazeera: The Treatment Action Campaign (a movement focusing on access to medication in South Africa) told Al Jazeera that claims that AIDS can be defeated by 2030 are “irresponsible”.

They claim that the trajectory towards ending AIDS will only take place with enough investment and political will, which they say is on the wane internationally. Is this the case? Is the WHO pushing ‘a good story’ when the story is far more complex?

Moeti: There are substantial and complex challenges we face to combat HIV/AIDS in Africa. These include weak health systems, too many new infections, and funding and other resources that aren’t where they needs to be.

With these challenges and others, it is no question the new Sustainable Development Goal to end the HIV/AIDS epidemic by 2030 is ambitious.

However, progress to date has been incredibly encouraging, making this goal a realistic prospect. I am confident that with improved prevention, implementation of the new WHO guidelines that call for provision of treatment to all who are HIV positive, stronger health systems, and increased national-level investments, we can end AIDS by 2030.

The post Q&A: Can the AIDS epidemic be eradicated by 2030? appeared first on African Media Agency.