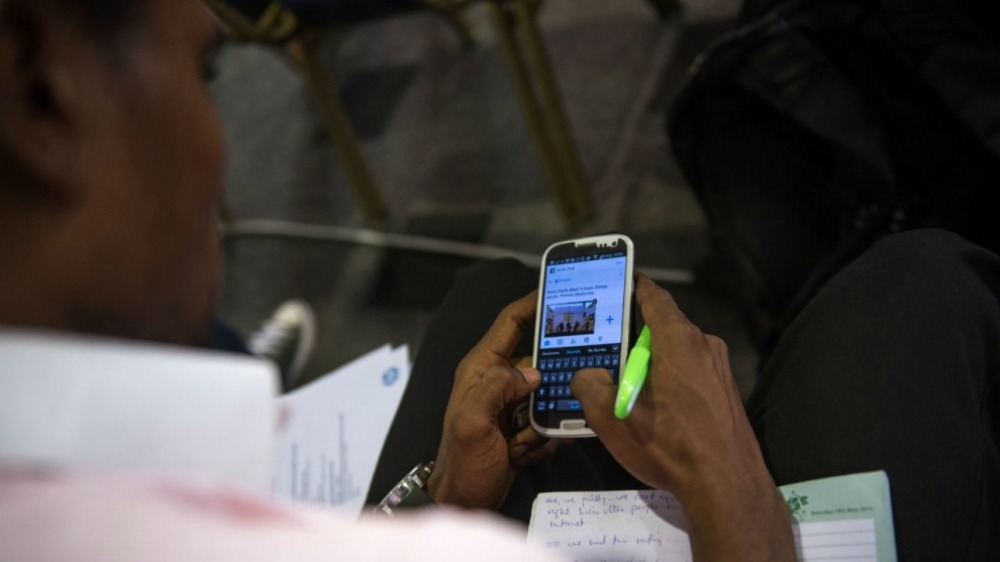 Web activists, tech professionals and rights groups in Nigeria have joined forces to call for the withdrawal of a draft bill which, they claim, will limit freedom of expression in Africa’s most populous country.

Using the #NoToSocialMediaBill hashtag, they took to Twitter on Friday to oppose the proposed law, which has passed a second reading at the Senate.

The draft bill to “Prohibit Frivolous Petitions and Other Matters Connected Therewith,” proposed by senator Bala Ibn Na’Allah from the ruling All People’s Congress party (APC), starts by making it illegal to start any type of petition without swearing an affidavit that the content is true in a court of law.

Its proposals include up to two years in prison, or a fine of $10,000, or both, for anyone posting an “abusive statement” via text message, Twitter, WhatsApp, or any other form of social media.

“It is an infringement on our right of free speech,” Japheth Omojuwa, a Nigerian blogger and political commentator, told Al Jazeera.

“Once you gag people’s right to speak freely, you place a mental shackle on the subconscious mind where they must think twice before challenging state authorities,” Omojuwa said.

Nnenna Nwakanma, Africa regional coordinator at the World Wide Web Foundation, said the introduction of any requirement to accompany petitions with affidavits would deny “millions of Nigerians their right to highlight inequalities and corruption”.

Gbenga Sesan, executive director of Paradigm Initiative Nigeria, said that many active citizens share information that can be tagged “abusive or inciting, so they are a likely target along with the media”.

“Many government representatives have expressed their dissatisfaction with comments about them on social media, and are often seen complaining about what should ordinarily be celebrated as freedom of expression,” he told Al Jazeera.

In recent years, growing numbers of young people have used olatforms such as Twitter and Facebook to rally around issues and express their concerns about the state of the country – from calling for protests in in 2012 with #OccupyNigeria, through raising funds for expensive medical bills via the #SaveCitizen campaigns in 2013, to demanding the return of abducted girls with the #BringBackOurGirls campaign last year.

Social media was also at the forefront of this year’s presidential race, with many analysts saying that the APC benefitted heavily from its successful social media campaigns in its bid to win power.

“It’s a huge shame that the same platform that contributed to the victory of the APC, and allowed citizens voice their dissatisfaction with the PDP government of the time, is now the target of attack by a member of the same APC,” Sesan said.

Human Rights Watch also criticised the proposed law, saying it was “riddled with problems” and called on Nigerian politcians to “focus on the critical issues facing the country, such as the Boko Haram insurgency in the northeast, communal violence, corruption, and impunity for crimes by Nigerian’s own security forces, rather than trying to muzzle non-violent expressions of genuine dissent and criticism”.

But some politicians have hit back, saying the draft bill is not meant to limit freedom of expression.

Godswill Akpabio, the Senate Minority leader, tweeted that there was no plan “to gag social media”.

“The Bill was to regulate those who fill malicious petitions against innocent people. The Bill seeks to protect fundamental human rights,” he said.

“We all support freedom of speech but as a senate we should not be blackmailed,” he was quoted as saying by Nigeria’s Premium Times. “You can’t write false stories just because it is social media.”

Al Jazeera has contacted senator Bala Ibn Na’Allah, the sponsor of the bill, for comment.

After the first two readings, the draft bill has now been referred to a commitee, which could be followed by a public hearing. After that, it will still need to go through third reading and then pass by the House of Representatives before it can be signed into law by the president.