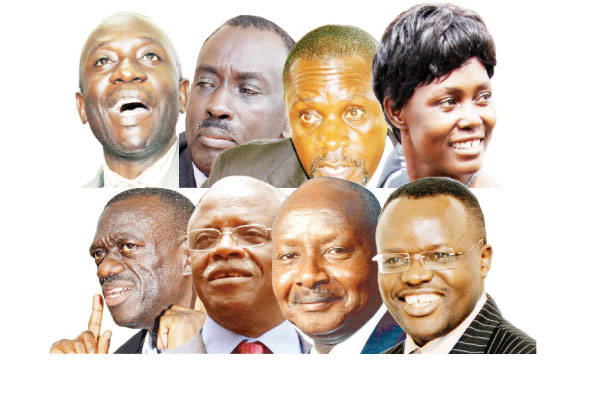 The Inter–Religious Council of Uganda (IRCU), which is organising the event, says candidates Benon Biraaro, Kizza Besigye, Amama Mbabazi, Yoweri Museveni, Joseph Mabirizi, Maureen Kyalya, Abed Bwanika and Venansius Baryamureeba have all warmed up to the idea.
“We are in contact with them. They are generally on board,” said Justice James Ogoola, the chairperson of the Elders Forum, at a press conference in Kampala yesterday.
“The debate will fill in the gaps that cannot be filled in the drama, in the hype and the hoopla of the ordinary political rallies, which the general public is treated to by each [presidential] candidate.”
Dr Joseph Sserwadda, of the Pentecostal church in Uganda, an affiliate of IRCU, said they are optimistic the event will take place.
“As to whether some candidates will attend or refrain, that is another matter,” Dr Sserwadda said, adding:. “The candidates will come. It is only a matter of civility. They would only be showing that they respect the people of this country.”
Justice Ogoola said the debate would “offer a buffet of sorts, cooked and served jointly by all the candidates in the same restaurant at the same time, watched and heard by all the electors”.
Each candidate will be allotted time to outline their policy proposals and to interrogate those of their rivals. A highly qualified and seasoned media practitioner will moderate the event.
IRCU, which organised the August 31 televised debate, between Forum for Democratic Change (FDC) leaders Dr Kizza Besigye and Maj Gen Mugisha Muntu, broached the idea of a debate for the presidential candidates.
None of the presidential candidates immediately responded to IRCU’s proposal for the debate.
However, after NRM presidential candidate Yoweri Museveni began tearing at his challengers’ character or policy proposals, some of them started calling for a public debate.
On November 8, Independent candidate Venansius Baryamureeba, a former vice chancellor of Makerere University called for “a public political debate with President Museveni” to ponder issues that affect Ugandans following Mr Museveni’s attack on the proffessor.
Mr Museveni had days earlier claimed Prof Baryamureeba was “a young boy” who had failed to manage Makerere University when he was vice chancellor between 2009 and 2012.
After Mr Museveni attacked Dr Besigye over the latter’s proposal to increase teachers, doctors and soldiers’s salaries, Dr Besigye, on November 20 while campaigning in Busia District, called for a debate between them to explain their proposals. Mr Museveni took on the gauntlet.
Independent candidate Amama Mbabazi also said he could take Mr Museveni on “any time” in a televised debate – though he added that Mr Museveni “wasn’t serious about the debate”. This is not the first time a debate between Uganda’s presidential candidates is on the table.
The two main candidates in Uganda’s 1996 election, Mr Museveni and Mr Paul Kawanga Ssemogerere shunned the 1996 debate. Only Mr Kibirige Mayanja turned up at the International Conference Centre in Kampala where the debate was to be broadcast.
Justice Ogoola said the televised debate would give the public a chance to understand the critical pillars of the respective electoral manifestos of the candidates. *Monitor
]]>
0