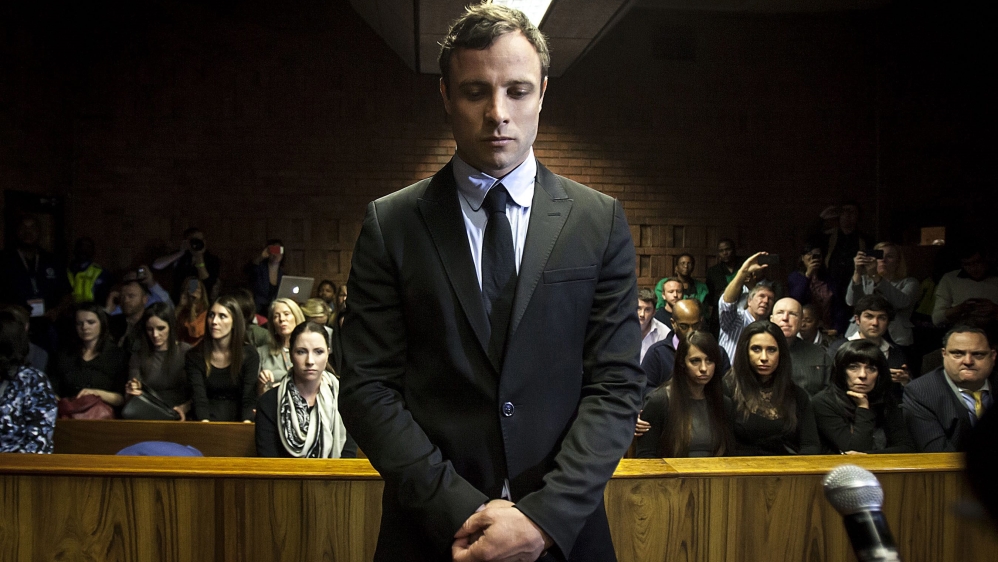 Oscar Pistorius’ legal team has 10 working days to lodge an appeal after a court ruling found the South African Paralympian guilty of murdering his girlfriend.

The Supreme Court upgraded the 29-year-old’s sentence to murder from “culpable homicide”, South Africa’s equivalent of manslaughter, for which he had received a five-year sentence.

While no dates have been set for the verdict, if sentenced, the Paralympian could be sent back to prison for at least 15 years.

“The court returns in January and only then will we know what date has been set for the sentence. Currently, the legal team is considering whether to appeal as it has 10 working days from the day the verdict was announced to lodge one.”

Pistorius was released from prison and placed under house arrest in October, having spent one day less than a year behind bars for shooting dead model Reeva Steenkamp on Valentine’s Day in 2013.

He had been meant to serve the rest of his sentence under house arrest on his uncle’s property in a wealthy suburb of the capital Pretoria.

“The family’s all together at Arnold’s [Pistorius’ uncle] house and waiting for the legal team that needs to look at the judgement,” Burgess added.

“It’s a big relief. I feel it’s a fair decision that the judge gave,” Barry said in a brief interview on local television station ANN7, before breaking down in tears.

Earlier, prosecutors argued that Pistorius should have been convicted of murder for firing four shots through a locked toilet door. They said he intended to kill Steenkamp and that she had fled to the toilet during a row.

“This case involves a human tragedy of Shakespearean proportions,” Judge Eric Leach said as he read out the ruling.

“A young man overcomes huge physical disabilities to reach Olympian heights as an athlete. In doing so he becomes an international celebrity, he meets a young woman of great natural beauty and a successful model, romance blossoms, and then, ironically on Valentine’s Day, all is destroyed when he takes her life.”

Leach added that “as a matter of common sense, at the time the fatal shots were fired the possibility of the death of a person behind the door was clearly an obvious result”.

Pistorius, whose lower legs were amputated when he was a baby, denies deliberately killing Steenkamp, saying he mistook her for an intruder at his home.