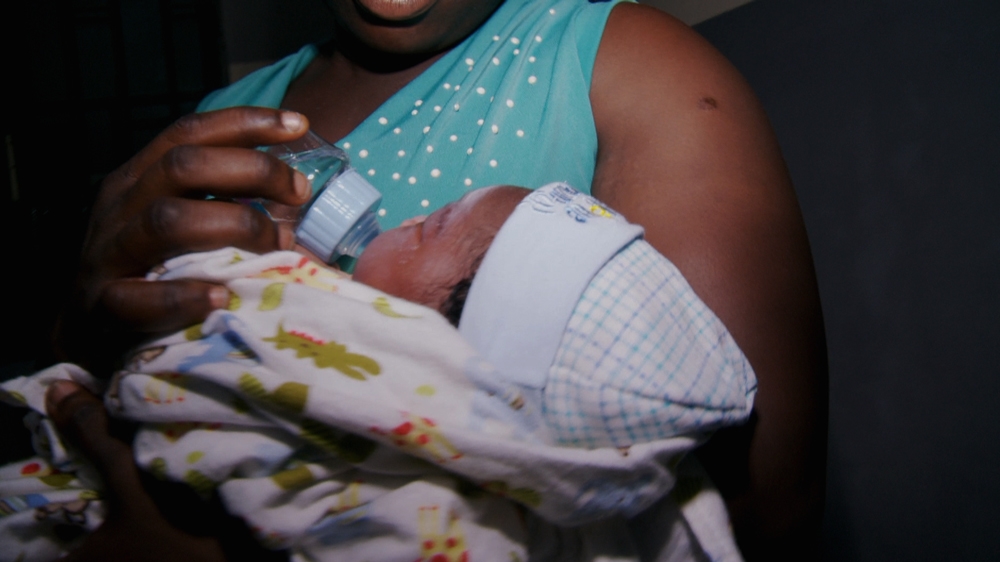 It is understandable why a desperate childless couple might do anything to have a baby, but those who exploit their unhappiness for profit are not so easy to forgive.

In this deeply disturbing episode of Africa Investigates, Ghana’s undercover journalist Anas Aremeyaw Anas and investigative reporter Rosemary Nwaebuni team up to identify and expose some of those those behind Nigeria’s heart-breaking baby trade.

It is a scam that exploits couples desperate for a baby and young pregnant single mothers – often stigmatised in a country where abortion is illegal except in the most dire medical emergency. It is also a trade that international NGOs have identified as sinister and out of control.

Filming undercover, the team find bogus doctors and clinics offering spurious fertility treatments in return for large amounts of money. In their guise as a childless couple, Anas and Rosemary are falsely diagnosed by one dodgy clinician as being unable conceive children.

When the footage is reviewed by an official from Nigeria’s Ministry of Health, he is appalled at the way vulnerable people are being conned. “You should not allow these people access to the public,” he says.

But worse is to come. The team go on to uncover orphanages and clinics that act as brokers for illegal baby sales, by which naive, greedy or simply desperate young mothers are “persuaded” to hand over their newborn children for cash.

After exposing the dubious and often dangerous practices of fake doctors in the last season of Africa Invesigates, we reassembled our Nigeria team and returned to investigate allegations of medical clinics and orphanages involved in the illegal sale of newborn babies.

Nigerian journalist, Rosemary Nwaebuni had heard reports of young girls being kept against their will and forced to produce babies, only for the children to be sold on to childless couples, desperate to avoid the public scrutiny and stigma of legal adoption.

Joining Rosemary once again was renowned investigative journalist, Anas Aremeyaw Anas, fresh from his recent explosive undercover investigation into judicial corruption in Ghana. Anas’s unique experience, and myriad undercover skills quickly took us to the core of the baby business.

In parts of Nigeria women who remain childless face prejudice. It can even arouse suspicion of witchcraft. Rosemary wanted to show the lengths that women are prepared to go to achieve pregnancy; for many, legal adoption is not a viable solution.

Instead, they turn to so-called “miracle” doctors. In spite of frequent crackdowns by the authorities, you don’t need to look very hard to find “miracle” clinics open for business in the discreet suburbs of Port Harcourt, Aba and Imo State.

Behind high walls and locked gates, maternity clinics with reassuring names such as God’s Gift Clinic offer a phantom service. Women are injected with hormones and unknown concoctions to make their bellies swell, providing the appearance of pregnancy. After nine months, the “miracle” doctors call them back to specially selected hospitals in Port Harcourt where they perform a fake birth, making an incision into their belly to give the appearance of a caesarean scar and present them with a baby. Yet, unbeknown to the parents, the baby is not naturally theirs.

Rosemary and Anas presented themselves as a couple desperate for a child and under pressure from their parents to produce an heir. The first character they investigated was a fake pharmacist with a reputation for miraculous fertility treatments. After a very brief and clearly bogus examination, he was quick to diagnose Anas with a low sperm count and a medical condition normally associated with women. Artificial insemination was suggested as the only solution.

In real life, of course, both Anas and Rosemary have children.

We had heard quite a few horrific stories of baby farms where young girls were being kept and repeatedly impregnated by their captors to fuel the booming child trafficking industry and the area around Port Harcourt was said to be a hotbed of this secretive trade. In the past two years, several baby farms have been raided by the authorities. While the government is eager to show that they are doing something about human trafficking – said to be one of the fastest-growing areas of organised crime in the country – we wanted to find out if the illegal baby trade was still going on behind closed doors in hospitals and orphanages.

To get closer to the traffickers we went undercover again and visited various orphanages we had reason to believe were actually front organisations for baby selling. In each we asked about adopting a baby at short notice and without the necessary legal paperwork. At Destiny Child Orphanage we were quickly offered a “fast track” adoption to buy a newborn baby within weeks. The price was $4,000 for a girl and $5,000 for a boy. Of course we wanted to meet the mother to find out what conditions she was living in but despite our best efforts, excuses were always found for why that was not possible.

The next organisation on our list was Basic Clinic run by Dr Ohaeri, a man who had been raided in the past for his links to the baby trade but quickly back working in his clinic. Dr Ohaeri was initially suspicious and avoided our reporters but he eventually agreed to meet and offered to help find us a baby. After our meeting he confirmed that he had a baby ready and would sell for about $4,500.

Baby farms have regularly been busted by the Nigerian authorities – in 2013 one police station alone said it had taken 106 children into care. But the business is so profitable it has proved very difficult to stamp out. Footage from one police raid on a maternity home run by Dr James Ezuma shows his dazzling collection of luxury cars. It is in sharp contrast to the wretched conditions in which the expectant mothers – pregnant girls, ranging in age from 14 to 19 – are being kept.

It is one of the saddest things to witness that in societies in which corruption is endemic, healthcare and childcare systems are prone to the schemes of the criminal and corrupt. Our undercover footage of one doctor, whom we pleaded with to help a childless mother have a baby, summed up that abuse of power, when he said: “I am a doctor, I can facilitate”.