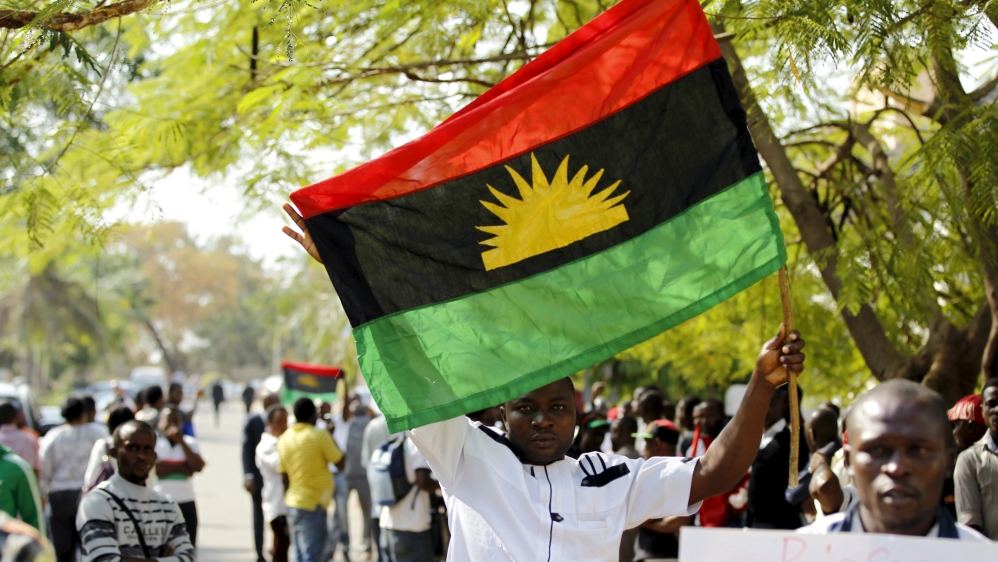 A Nigerian court has ordered the release of a pro-Biafran activist whose arrest prompted a series of protests in Africa’s most populous country.

Nnamdi Kanu had been in the custody of the Department of State Services (DSS) since his arrest in October for operating pirate Radio Biafra and belonging to an unlawful organisation.

The order by the Abuja high court on Thursday to free Kanu came a day after the prosecution withdrew criminal charges against him in a magistrate court.

“I set aside the orders of November 10, 2015 and order the release of the applicant [Kanu] on bail unconditionally,” Judge Adeniyi Ademola said, reversing an earlier order.

He said there was no need to further detain Kanu because “there is no charge before any competent court of jurisdiction” against him.

Kanu, who heads the Indigenous Peoples of Biafra group, has emerged as the new face of the Biafra campaign for a separate state for the Igbo people of southeast.

The group has held a series of protests across the country in the months.

In 1967 Emeka Odumegwu-Ojukwu, then military governor of Nigeria’s old eastern region, unilaterally declared the independent Republic of Biafra in the southeast of the country.

He accused the federal government of marginalising and killing thousands of ethnic Igbos living in the north.

Some one million people died during the brutal 1967-70 conflict that followed, mainly from disease and starvation.