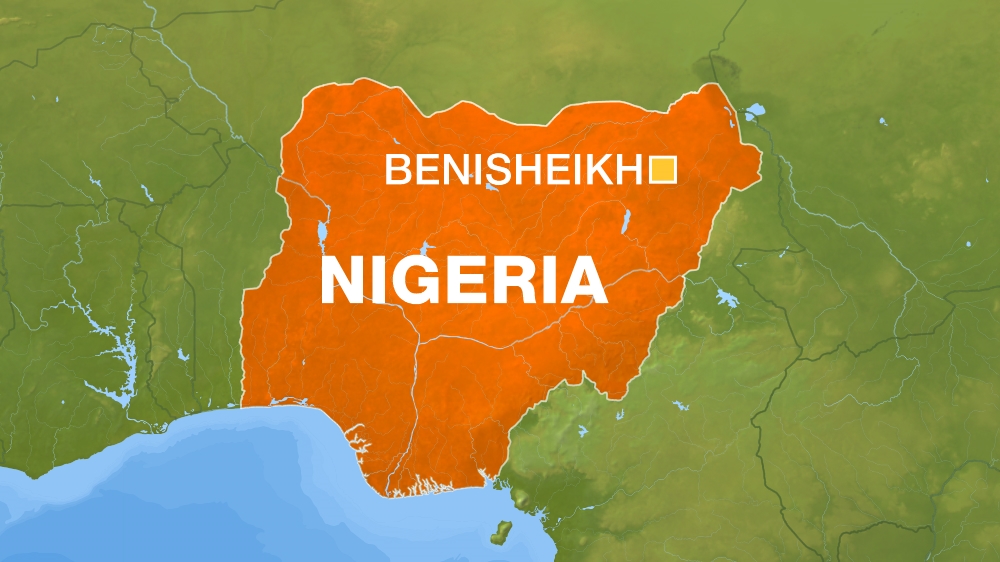 At least nine people have been killed and dozens injured after female suicide bombers detonated explosives in the northeastern Nigerian district of Benisheikh, according to the Nigerian military.

In a statement released late on Sunday, the army said that at least 24 people were injured when a number of female suicide bombers exploded their bombs when security forces stopped the girls to search them.

The assailants were aged between 10 and 15 years, the statement said, adding that security forces killed 15 alleged fighters from the Boko Haram armed group.

The attack is the latest in a string of recent violence.

Last week, activists accused the Nigerian military of killing Shia Muslims during “a massacre” amid protests in the northern city of Kaduna.

Less than two weeks earlier, a blast killed more than 30 people in a busy market located in the eastern Nigerian city of Yola.

READ MORE: Inside the Nigerian city targeted by Boko Haram

Nigerian President Muhammadu Buhari has given the military until the end of the month to crush the Boko Haram rebellion that has killed some 17,000 and forced 2.6 million to flee their homes since 2009.

Benisheikh, where Sunday’s deadly incident took place, is also the site where a massacre, believed to have been carried out by Boko Haram, left an estimated 161 people dead in September 2013.