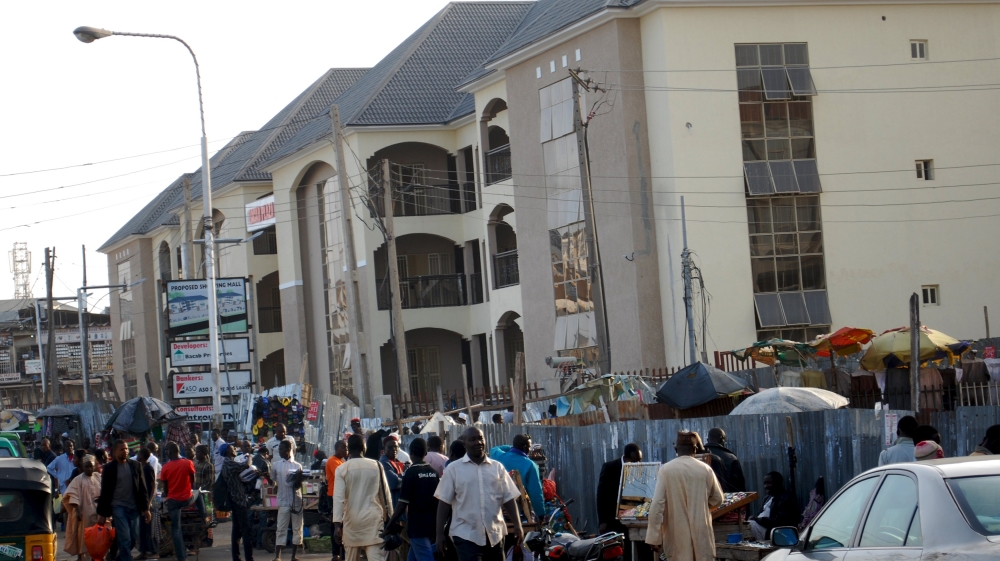 Police have killed at least three Shia Muslim protesters after opening fire in the northern city of Kaduna, the spokesman for the religious minority in Nigeria said, as activists accused soldiers of having killed hundreds in “a massacre” in a nearby town in recent days.

But police spokesman Zubairu Abdullahi denied any killings and said Shia protesters tried to attack a police station on Tuesday.

“We only repel the sect who attempted to attack our station,” he said. “We only used tear gas to disperse them. Maybe in the process of dispersing them, they sustained injury, I don’t know.”

Demonstrators were condemning the mass killings over the weekend and early Monday in the ancient Muslim university town of Zaria, and demanding the military release their leader, Ibraheem Zakzaky.

Amnesty International said in a statement on Tuesday evening that the shooting of members of the Shia group in Zaria “must be urgently investigated … and anyone found responsible for unlawful killings must be brought to justice”.

“Whilst the final death toll is unclear, there is no doubt of that there has been a substantial loss of life at the hands of the military,” said M.K. Ibrahim, director of Amnesty International, Nigeria.

Musa said soldiers on Monday carried away about 200 bodies from around Zakzaky’s home in Zaria, and hundreds more corpses are in the mortuary.

Human rights activists said hundreds, perhaps as many as 1,000, have been killed. Al Jazeera has not been able to verify the death toll.

The army said troops attacked sites in Zaria after 500 Shia demonstrators blocked the convoy of Nigeria’s army chief, and tried to kill him on Saturday.

A report from the military police claimed that some were crawling through tall grass towards General Tukur Buratai’s vehicle “with the intent to attack the vehicle with [a] petrol bomb” while others “suddenly resorted to firing gunshots from the direction of the mosque”.

Ojo Momodu, a witness, said the Shia protesters barricaded the road with burning tyres as Buratai approached and then stoned his convoy. The group, however, denied that it blocked the road.

The military raids on Zakzaky’s home and spiritual centres in two other areas in Zaria reportedly began hours later.

Chidi Odinkalu of the Nigerian Human Rights Commission called the attacks “a massacre.” He posted photos on social media showing a bulldozer tearing apart a Shia shrine, but doubts later emerged about whether the image was actually from Zaria. He also said Zakzaky’s home was destroyed.

Odinkalu told the AP news agency that Zakzaky suffered four bullet wounds and one of his wives was killed in raids that began on Saturday and ended Monday morning. He was quoting the family doctor.

Two of Zakzaky’s sons also were killed and one was wounded, according to Musa.

Odinkalu and other human rights activists said there are hundreds of bodies at the mortuary of the Ahmadu Bello University Teaching Hospital on the outskirts of Zaria.

Major General Adeniyi Oyebade, who was in charge of the military operation, told reporters on Monday that the military acted because they had reports that members of the Shia minority were gathering for an attack.

“Of course, because of the report I got that they are mobilising, I had to order that the Gyallesu [Zakzaky’s residence] and Huissaniya [shrine] be brought down,” he said.

He said both the military and the Shia demonstrators suffered casualties and that the dead were still being counted.

The three areas attacked by the military remained on lockdown on Tuesday, with no one allowed to enter or leave. The military also manned roadblocks to prevent more Shia Muslims from entering Zaria, Musa said. He charged wounded people are being denied medical treatment by the blocks.

Iran condemned the killings and summoned the Nigerian envoy.

Iranian President Hassan Rouhani called Nigerian President Muhammadu Buhari to say “some pursue discord among Muslims” and that when “terrorism is a serious threat against many Muslim countries’ security, the Muslims need to unite”.