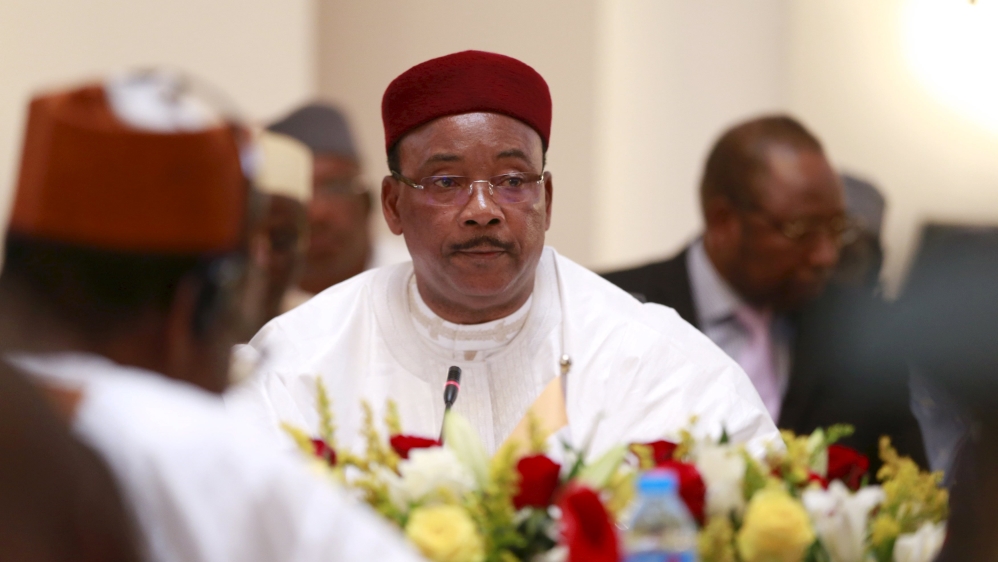 “Nine officers identified as responsible for the attempted coup have been arrested and will be presented before a military court,” Massaoudou told reporters in Niamey, the capital.

He said the coup had been foiled “thanks to the loyalty” of certain soldiers “who regularly kept us informed of the plan’s progress”.

President Mahamadou Issoufou said in a televised address on Thursday that the alleged coup-plotters had planned to use aerial firepower and had prevented the movement of military assets from Niamey to the southern region of Diffa.

The country’s opposition, though, disputed the government claims.

Amadou Boubacar Cisse, who is running against Issoufou in the February 21 polls, said Issoufou had provided “no proof” and accused the government of seeking to manipulate the political climate before the elections.

“We don’t see any evidence of the attempted coup,” Cisse said.

“Rather, he (Issoufou) has created a lot of problems around the election and has taken fraudulent actions with the electoral list.”

The tensions come just weeks before the West African nation holds presidential and parliamentary elections, in which 63-year-old President Issoufou, who was elected in 2011, a year after a coup, is seeking a second term.

In December, the government announced it would audit its voter register before the presidential election after demands lodged by opposition parties.

Tension is high, with critics accusing Issoufou of repression.