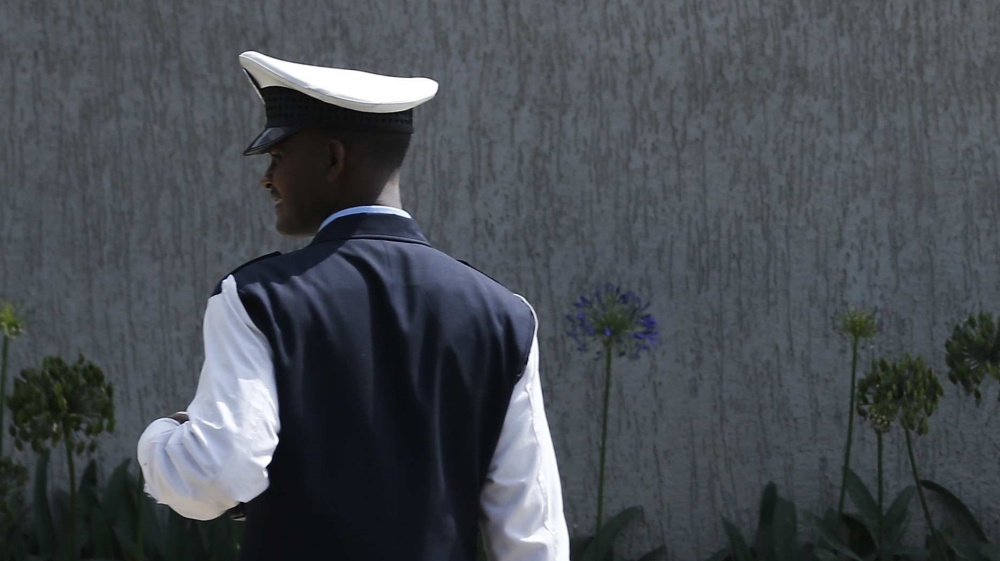 An unidentified attacker has reportedly thrown a hand grenade into the largest mosque in Ethiopia’s capital, injuring at least 16 people, officials said.

Information Minister Getachew Reda told Al Jazeera that no one died in the attack, which occured at the Anwar Mosque in Addis Ababa after Friday prayers.

No one immediately claimed responsibility for the attack.

Police and security officials quickly descended to the scene and prevented an Al Jazeera camera crew from filming at the mosque.

“It’s important to recognise that Muslim-Christian relations in this country have been largely pretty good over recent years. There hasn’t been anything like this,” our correspondent said.

Reda told Al Jazeera that the attack may have been aimed at causing confusion and panic, following violent protests against the government in Oromia state in recent days.

The Oromo people, the largest ethnic group in Ethiopia, have been holding protests against the government’s plans to “better integrate development across the wider region”.

Many Oromo say they are being evicted from their land and having their rights ignored, our correspondent said.

The government admits that three activists have been killed, but Oromo activists say the number is far higher.

The post Many injured in grenade attack on Ethiopian mosque appeared first on African Media Agency.