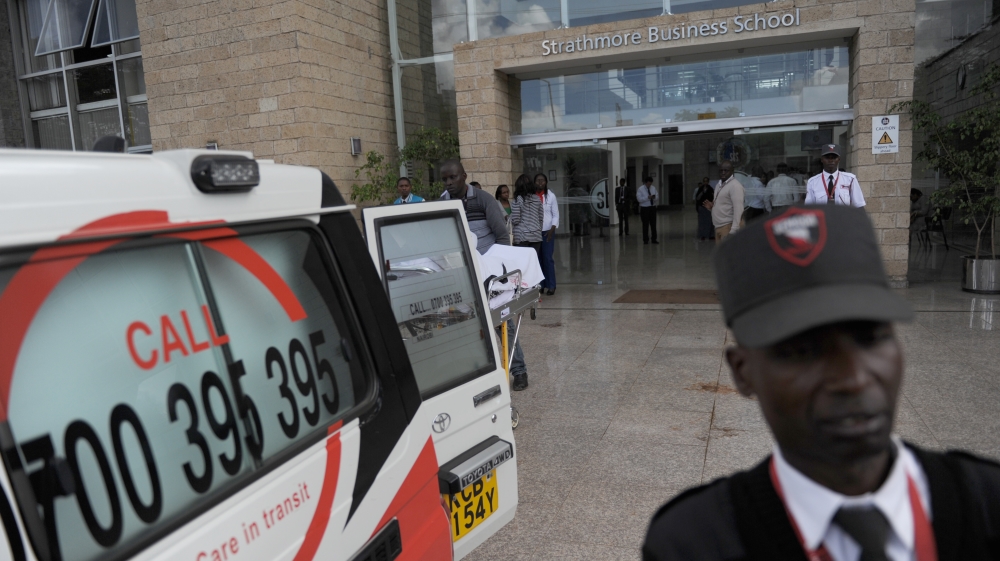 Kenyan police have blamed a Nairobi university for failing to gain the appropriate authorisation from authorities prior to holding a simulated “terror” drill that led to the death of a staff member.

Strathmore University apologised “unreservedly” on Tuesday for the incident a day earlier, where local police helped the school test its emergency procedures by staging a mock attack on the school.

The simulated attack, which included the use of gunshots, caused students and staff to panic and attempt to flee from the university campus. A significant number of people jumped from the windows of higher floors in a university building, with many breaking limbs in the process.

A 33-year-old staff member died from the severe head injuries she sustained during the incident, while more than 30 others were hospitalised.

Despite local police being involved in the anti-terror exercise, Kenyan Police Inspector General Joseph Boinnet issued a statement on Tuesday, saying that drills like that conducted at Strathmore must “follow protocol on modalities of authorisation”.

“Though we know that it was well intentioned, the ordinary drill is aimed at disaster preperaredness and not carelessly allowing opportunities for actual disaster, as we have witnessed in this particular case,” Boinnet said.

“The level of alertness is so high in the country following existing terror threats that activities of this nature calling for rapid deployment and mobilisation of specialised security units must only be authorised and be coordinated by the highest security office in the country.

“Investigations are under way to establish the circumstances in which the exercise went wrong resulting into death and injuries sustained.”

The security drill came just months after fighters from the Somali al-Shabab armed group killed at least 148 people in an attack at a university in Garissa, in Kenya’s east. It also comes a little over two years after the armed group killed 67 during a siege at Nairobi’s Westgate Mall.

Al Jazeera has submitted a number of questions to Strathmore University, asking who signed off on Monday’s drill, which police forces were involved and whether live ammunition was used. The questions had not been answered late on Tuesday night.

In a statement released earlier on Tuesday, the university’s Vice Chancellor John Odhiambo reiterated that counselling would be provided to students and staff – and that those injured would have their medical bills paid for.

“On behalf of the Strathmore University Management Board, I offer an unreserved apology to every student, parent, family, colleague and stakeholder for the unfortunate outcome of the security drill,” Odhiambo said.

“We particularly offer our deepest condolences to the family, friends and colleagues of Esther Kidambi, the member of staff we lost as a consequence of this security drill. We empathise with each and every student, parent, family, colleague and stakeholder who suffered injuries, trauma and inconveniences.”