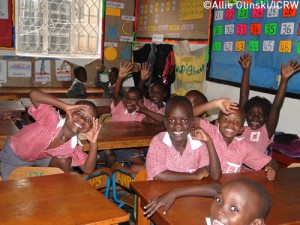 The International Center for Research on Women (ICRW) is seeking nominations for the inaugural  Paula Kantor  award to be given to a young female researcher of Indian origin in order to recognize and honour outstanding achievement in the field of gender and empowerment of women and girls in India, according to an ICRW spokesperson. ICRW says that subsequent awards will be open to researchers of all origins and will honor research throughout the global south. The inaugural Paula Kantor Award for Excellence in Field Research will be conferred to the winner at ICRW’s 40th Anniversary Celebration in New Delhi in January, 2016. Dr. Paula Kantor, Senior Scientist of Gender and Development at the International Maize and Wheat Improvement Center (CIMMYT) and former Senior Rural Development Specialist at the International Center for Research on Women (ICRW) died in the aftermath of a terrorist attack in Kabul, Afghanistan on May 13, 2015. Dr. Kantor was a leading expert on gender issues and international development, with nearly 20 years of experience in executing policy research and programmatic work related to integrating gender into agriculture and rural development. Dr. Kantor’s work was largely driven by her desire and passion to improve lives in the global south, especially those of women and girls. She was a prolific researcher who participated in and worked with several initiatives to better the lives and improve livelihoods for women in conflict-prone and terrorist-affected areas. She worked across Asia, the Middle East and Africa. Dr. Kantor often remarked that her early visits to India fundamentally changed her life, inspired her research, and fuelled her passion. The inaugural award will be presented in New Delhi, India to honor Dr. Kantor’s deep association and love for the country and its people. She was an incredibly talented, kind and visionary woman whose contributions to women’s economic empowerment and livelihoods cannot be forgotten. The award will be given as part of ICRW’s annual Champions for Change awards, which honors the work of thought-leaders and visionaries. Previous winners of the Champions for Change award includes former Secretary of State Hillary Clinton, The Rt Hon William Hague MP, Leader of the House of Commons and Former Foreign Secretary of Great Britain, U.S. Ambassador at Large for Global Women’s Issues Melanne Verveer, and other distinguished leaders. The award will provide the recipient recognition and greater visibility to the researcher’s work and to the populations on which they focus. The recipient of the award will have the ability to present in front of an esteemed global audience, comprising those in the development, business, NGO, and government sectors, and will receive opportunities to promote their research on www.icrw.org. The selection jury for the Paula Kantor Award for Excellence in Field Research will be made up of distinguished professionals in the development, gender, academic, policy, and research sectors.   Further information regarding the award or nominations, will be communicated on email awards@icrw.org]]>