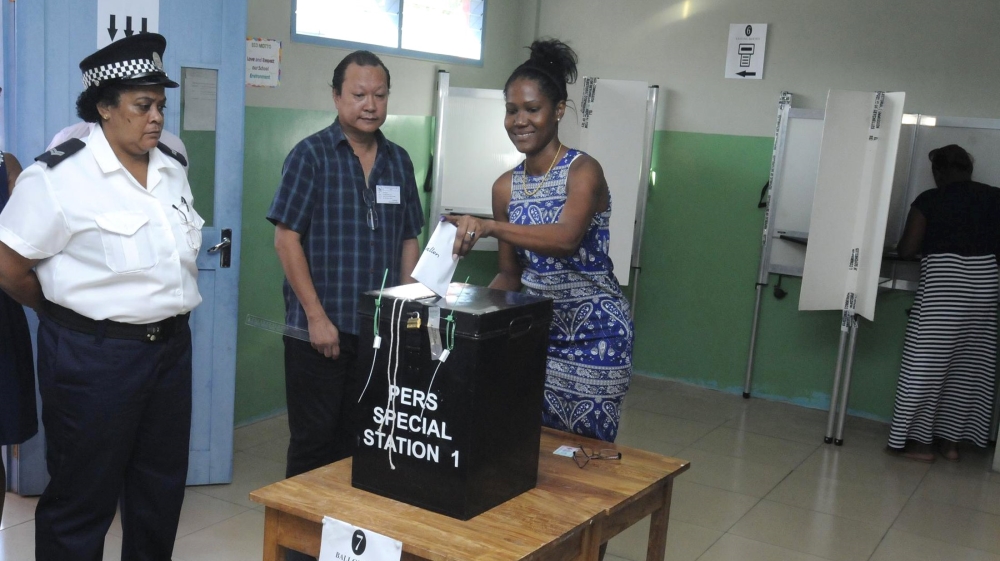 Voters in the main islands of the Seychelles have cast their ballots in a presidential election in which incumbent James Michel is facing his first serious challenge after two terms in office.

Although voting on more remote islands began on Thursday, the main vote took place on Saturday on the islands of Mahe, Praslin and La Digue, home to most of the archipelago’s estimated 91,000 citizens.

Aside from a late start in several places, voting got under way smoothly in Mahe, the largest island, where long lines of people could be seen waiting to cast their ballots, an AFP correspondent reported.

“I stood in line for nearly an hour before voting but once I got inside, it was very quick,” said Jacqueline Hoarau after casting her ballot at Port Glaud on the island’s northwestern coast.

The tourism-dependent Indian Ocean nation is made up of 115 islands, some as far as 1,000 kilometres from the capital Victoria.

“There are islands where it takes just 45 minutes… there are others where it lasts two hours, but what is important is that everyone can vote,” said Charles Morin, the chief electoral officer, describing the marathon efforts to ensure that all get a chance to vote across the vast expanse of the archipelago.

Nearly 71,000 eligible Seychellois voters were expected to participate in the three-day election, according to the Seychelles News Agency.

Michel, who has been in power since 2006, hopes to win a third and final term as permitted by the constitution.

He is running against a fragmented opposition, but observers say a run-off is possible for the first time since multi-party politics were reintroduced in 1993.

There are five more contenders but analysts say Michel faces only two real challengers: Wavel Ramkalawan of the Seychelles National Party, and Patrick Pillay of the Lalyans Seselwa (Seychellois Alliance), a former minister who defected from Michel’s party.

Michel has pledged to boost the economy and eradicate poverty, while Pillay has vowed to combat corruption in the Seychelles.

Observers include teams from the African Union, the Commonwealth and the Southern African Development Community, as well as domestic monitors.

‘Many to do the work’

While the opposition is divided for the first round, they have promised to unite behind a single candidate to challenge Michel if the vote goes to a run-off.

A second round would take place in one to two weeks.

“In the past we had only one opposition party… maybe that one party could not do this on its own… but now we have many to do the work,” said Alexia Amesbury, a 64-year-old Seychellois lawyer and the country’s first-ever woman candidate.

Michel said he welcomed the challenge.

“The candidates are my political opponents and not enemies,” he said.