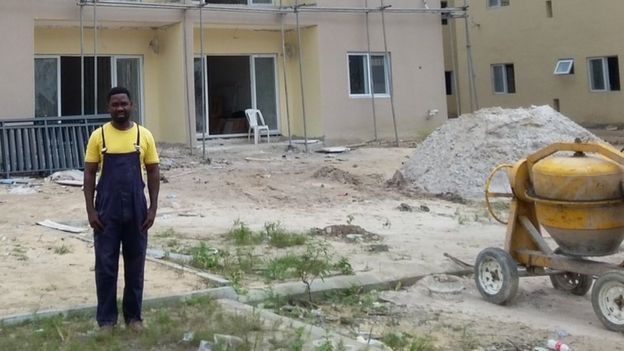 Nearly 15 years ago, successful Nigerian businessman Anselm Okoukoni was one of the desperate African migrants prepared to do anything to get to Europe.

As the first son of his widowed mother – a farmer – custom demanded that the responsibility for his six siblings would shift to him the minute he graduated from university. Long before he got his degree in statistics, he decided that he did not want to join the mass of unemployed university graduates in his country. But the embassies of Italy, Germany, Spain, Austria, France, Belgium, UK and the US all refused to give him a visa. However, things began to look up when someone introduced him to someone who knew someone who could facilitate a visa to Greece – for the sum of about 400,000 naira which, at the time, was equivalent to about $3,500 (£2,350). “My uncle in America had already told me to let him know whenever I got a visa,” Mr Okoukoni said. He soon sent a total of $5,000 to cover the visa, air ticket and some travel allowance – a gift, not a loan – his contribution to his nephew’s future. Aged 24, Mr Okoukoni left Nigeria in December 2002, arriving in a country where he knew absolutely no-one and so he quickly headed to Italy where he had friends. Anselm Okoukoni: “I felt I was doing something professional. I was paying taxes. I was sending money home to Nigeria.” When his visa expired several weeks later, he did what most of his friends had done and claimed asylum. “I don’t remember what story I told,” he said, explaining that the thing to do was to choose a topical story. Over the next two years, he struggled with learning to communicate in Italian and found it impossible to get a decent job. He ended up street hawking, which is illegal in Italy, and a number of times he was arrested and his goods seized. “It wasn’t the kind of life I wanted to live,” he said, adding that his income was hardly enough to pay for his siblings’ school fees.

Once again, luck shone on Mr Okoukoni when someone introduced him to a man who had a genuine passport from a European country and who shared a strong facial resemblance to him. He agreed to allow him use his passport to cross over to the UK in the summer of 2004. Safe in London at last, Mr Okoukoni was both shocked and thrilled by his first impressions of the city. “I saw Africans driving buses and cabs, and working in McDonald’s and in hospitals,” he said. “In Italy, you could hardly see a black person doing those kinds of jobs. Most of the black people I saw were factory workers or farm workers or cleaners or prostitutes.” His Nigerian friends in London helped him with accommodation; found him a job as a parking attendant and organised the relevant documentation. He would work with someone else’s identity. “Within one year, I had job satisfaction,” he said. “I felt I was doing something professional. I was paying taxes. I was sending money home to Nigeria.” Mr Okoukoni remembers being elated with his salary of £8.50 an hour, but after seeing an advert for a community college open day, he decided it was time to further his education. Of all the vocational courses on offer, he chose to study plumbing. [caption id="attachment_23220" align="alignright" width="624"] 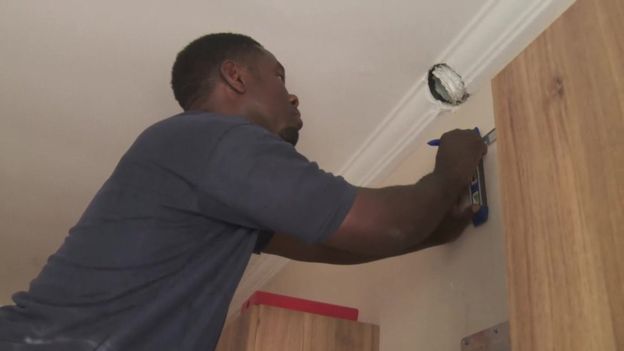 Most of Mr Okoukoni’s plumbing tools were shipped from the UK[/caption] “I remembered that I’d never entered a house in Nigeria where the plumbing was done properly,” he said. The one-day-a-week course was free for British citizens but not for foreigners – and he was required to show his passport showing his leave to remain in the UK when he handed over his fee of £1,400. Luckily, the woman who registered him believed his story that he had forgotten his passport at home. After a year of studying, he quit his job and, using his student ID card, found a new job as an apprentice plumber with a construction company. “The pay was even more than what I earned as a parking attendant – at £9.70 an hour,” he said.

Why visa rejections do not halt Nigerian migrants Over the next few years, Mr Okoukoni acquired another qualification in plumbing, one in heating and gas and a certificate in building services engineering. “I paid for all these courses myself. Everything cost me roughly £10,000.” Long before he had finished his studies in 2012, he had decided to return to Nigeria as he knew his skills would be invaluable in his home country. In 2013, he bought a van and loaded it with all manner of tools of his trade, then shipped if off to Nigeria. Shortly afterwards, he quit his £12-an-hour job in London, for a property development company in Lagos. He proved so efficient his boss was loath to let him go at the end of it. “But I wanted to go and build my own business,” Mr Okoukoni said. His plans to immediately build a website and advertise aggressively did not materialise, as he was soon inundated with contracts that came simply by referral from pleased clients. As he had envisaged, the dearth of quality workmen in Nigeria had made his plumbing, fire protection, air conditioning and ventilation services highly sought after. “Right now, I shuttle between Port Harcourt and Lagos doing jobs,” he said.   In Nigeria, it is common to enter a magnificent building only to find that the toilets do not flush properly, or that the wall sockets are askew, or that the door handles come off in your hand, or that the windows cannot shut, or that the interlocking tiles have spaces in between that can be injurious to the Gucci or Jimmy Choo heels of the owners. [caption id="attachment_23221" align="alignleft" width="624"] 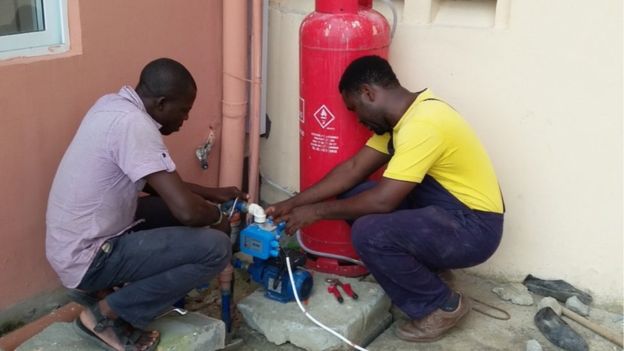 Mr Okoukoni currently employs 12 plumbers and two apprentices[/caption] Many developers who aim for high quality have taken to importing artisans from nearby countries like Togo and Benin, who are reputed to be more skilled than their Nigerian counterparts. Mr Okoukoni blames the poor quality of work by Nigerian artisans on their primary focus on money. The time it takes to learn a skill is time not earning an income. “So, once they can hang one door, they go away and tell everyone that they are a carpenter. They stop coming to work. They don’t wait to learn everything they should.” His company, Ansko Building Services Ltd, currently employs 12 plumbers and two apprentices. His plumbers initially presented themselves as experienced, but he had to train them afresh. However, he paid them while they were learning, and also pays his two apprentices a salary that is above the country’s minimum wage. That way, they were motivated to stay on. “Since the beginning of this year I’ve not touched any tool. They now do all the work while I supervise.” Mr Okoukoni’s future plans include opening a training centre for people in the building services industry, to show them in particular the range of tools they could use. “Nobody has ever taken the time to teach them,” he said. He is ashamed of all the illegal steps he took in the course of his life’s journey to and through Europe, but he is glad with the way things have turned out. He is now able to provide employment for other young Nigerians, take care of the wife he married after returning to Nigeria, look after his mother and pay for his brother’s studies in the US. And his advice for those migrants in Europe or making their way there? “When they get to Europe, they should obey the law and do the right thing. “They should look for unique skills that they can develop and use to improve the society over there and also back home. “If you go to Europe to simply look for money, you are wasting your time.” *Source BBC]]>