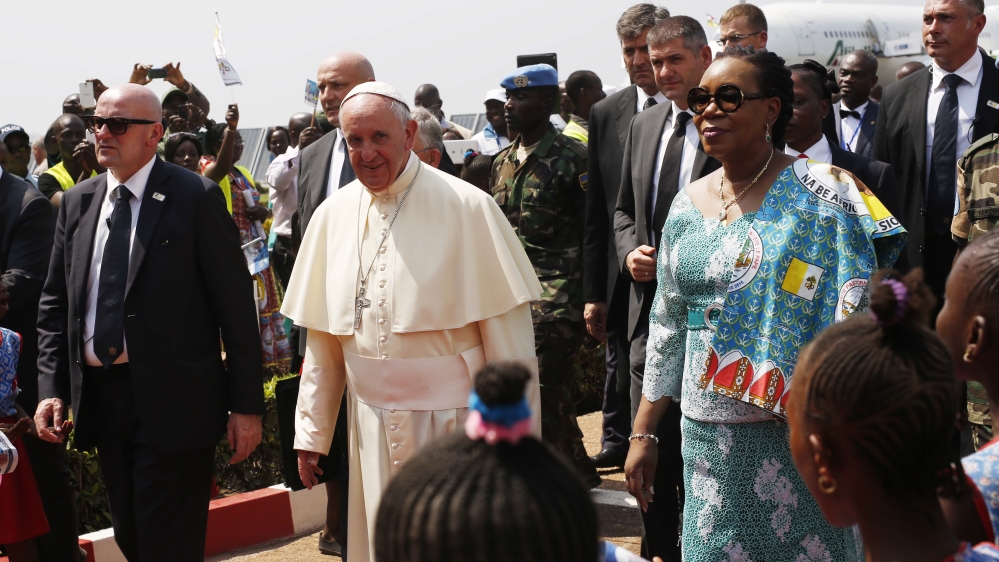 BANGUI – The new commander of the UN peacekeepers in Central African Republic (CAR) is a Senegalese general with a no-nonsense reputation.

Bela Keita arrived in Bangui about a month ago.

At the time, he said, PK5 – the Muslim enclave in the capital – was very tense and the streets almost deserted.

However, now people feel more confident about trying to go about their daily business, he said.

That might be a bit of an exaggeration but the general consensus here is that in recent weeks security has improved.

CAR has been rocked by sectarian violence since the mostly Muslim Seleka seized power from President Francois Bozize in 2013, prompting revenge killings by a mostly Christian militia that spilled over into civilian communities.

Muslims are a minority group here although they are among the majority who have fled their homes for camps both inside and outside CAR.

Keita is partly to thank for the improvement.

He has instructed his troops to “change their posture” by taking a more aggressive approach.

He has reminded them of their mandate to protect civilians, so they have been more responsive to trouble since he arrived.

The CAR army and police have also come back onto the streets recently.

Keita agrees with Pierre Chrysostum Sambia, CAR’s security minister, who told me that Pope Francis’ visit to CAR a month ago was something of a turning point.

“Not only was his visit very much awaited and hoped for,” Sambia said. “If you can see what’s happening right now, we owe very much to his visit to Bangui.”

Sambia said Francis showed the people of CAR the importance of taking a risk for the common good.

Francis went to PK5 and spent time with the Muslim community, which has been too scared to leave that zone.

It was in that area that fighting broke out on referendum day on December 13. Two people were killed.

Muslims have also marched there recently in protest against the intimidation they are suffering under the armed groups still holed up there.

The country voted overwhelmingly in favour of the referendum, which would see a new constitution enacted that would create a senate and limit the president to two terms.

Sambia was inspired by Francis.

“Before the arrival of the pope, I had made an agreement to go to PK5,” he said.

“But the pope himself got there before me. He went to the central mosque in PK5 and, just a few hours after his departure, I was able to take advantage of his example and went myself.

“That is, to say if the pope is able to go to these areas, then I can’t see why a member of the government can’t go.”

Keita says “for the time being, we are in control”.

He explained his plan for the towns and areas outside Bangui that are ex-Seleka strongholds.

“We need to make these towns weapon-free,” he said.

“I want to push them out and dismantle all their checkpoints.”

Keita is cautiously optimistic but careful to remind me of a crucial missing component.

“The problem is that there are still many armed groups out there,” he said.

“And there’s no peace plan.”