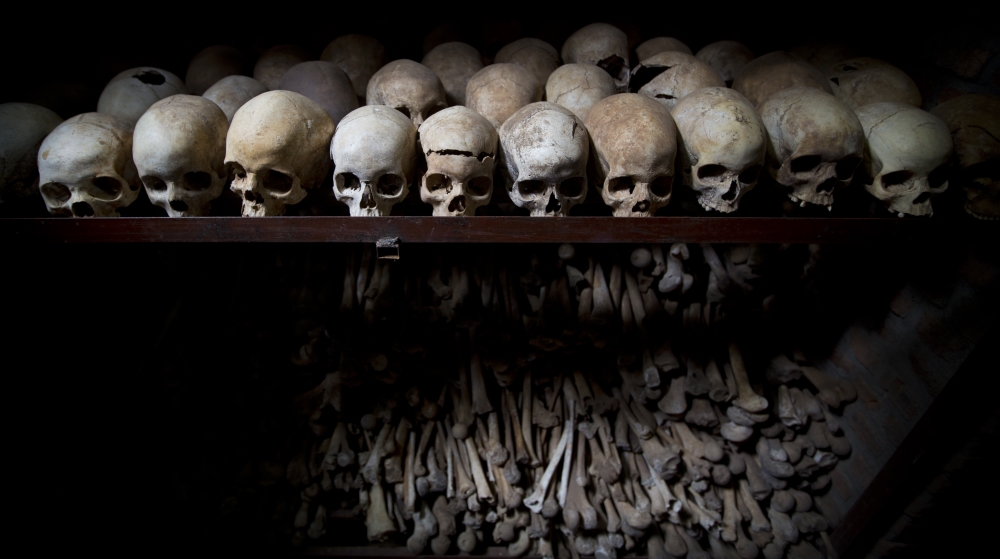 French army officers have denied allegations by rights groups that the country’s peacekeeping force knowingly failed to prevent the killing of hundreds of Tutsis in Rwanda in 1994.

Three groups, including the International Human Rights Federation (FIDH), last week called for two French officers to be charged with aiding and abetting genocide by failing to rescue endangered Tutsis who were later massacred.

The genocide occurred two months after the country’s president, Juvenal Habyarima, a Hutu, died when his plane was shot down, an incident that prompted the genocide of mostly ethnic Tutsis which claimed at least 800,000 lives.

The two officers allegedly involved are Jacques Rosier, who was the commander of special forces, and Marin Gillier, the head of a squad of marines in France’s UN-mandated Operation Turquoise force, which deployed in June 22 and was headed by Jean-Claude Lafourcade.

France has repeatedly denied the accusations and insists that French forces had worked to protect civilians.

The allegations relate to one incident in which hundreds of Tutsis were killed in Rwanda’s Bisesero hills in late June that year.

“We have always said we were willing to testify” in the inquiry “to put paid to accusations that are as unrealistic as monstrous”, they said.

The claimants charge that French soldiers promised endangered refugees on June 27 that they would rescue them, but failed to do so until three days later.

During those three days hundreds of Tutsis were chased and massacred in the Bisesero hills.

A judicial inquiry was launched in 2005 after a survivor filed a complaint against French troops.

Investigators are trying to ascertain what the officers and the military command actually knew.

A former lieutenant-colonel, Jean-Remy Duval, has told the inquiry that he gathered testimony from Tutsi witnesses from June 27, which he immediately passed on to his superiors by telephone and by fax.

He has said he informed Rosier.

Another possibly incriminating document in the inquiry is a declassified “status report” sent to the “crisis cell in Rwanda” by Lafourcade, who has not yet been heard by the judges.

He recalls events in Bisesero and appears to back the theory that the Tutsis fled the massacres in April and were “looking to defend themselves”.

Rwandan President Paul Kagame has accused France of complicity in the genocide because of its support of the Hutu nationalist government that carried out the mass slaughter.

Relations between both countries were completely frozen from 2006 to 2009.