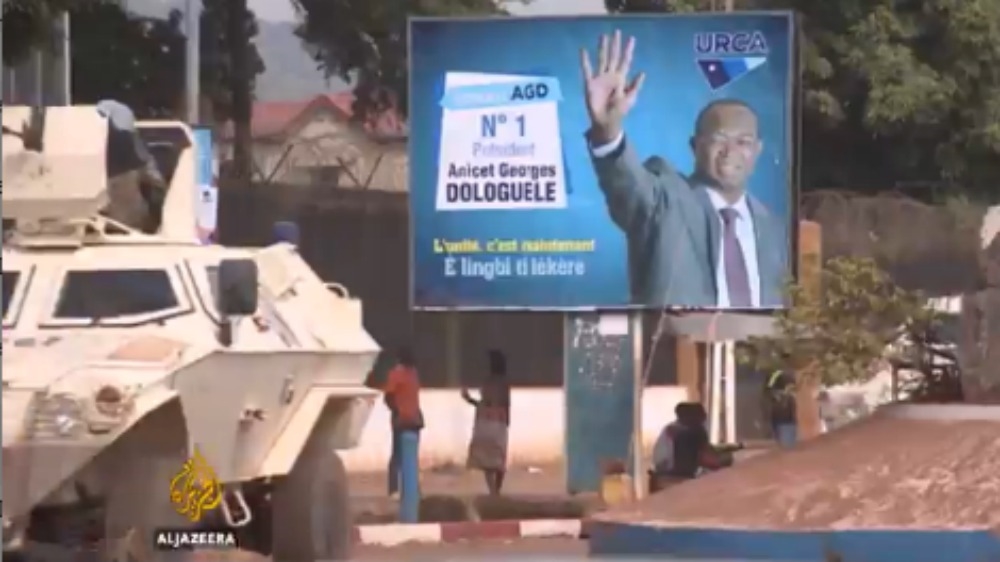 When the Muslim-led Seleka rebels marched into the capital Bangui and ousted President Francois Bozize in March 2013, it ushered in one of the darkest periods in recent Central African Republic history.

A political struggle quickly mutated into a communal tussle between the Muslim and Christian communities, as rival militia and vigilante groups unleashed a spate of violence upon one another.

Thousands were massacred and many more wounded and scarred as more than 20 percent of the population found themselves displaced, hiding from rival gangs in the dense forests across the country or beyond its borders.

In January 2014, a transitional government was propped up with the purpose of bringing some order in the wake of mass political upheaval.

After repeated delays and postponements, on Wednesday citizens of the country take to the polls for parliamentary and presidential elections in a bid to turn the country’s fortunes around.

Why this election must take place

Even if there remains significant discontent around the timing and uncertainty over the authorities’ ability to stage a free-and-fair election, many analysts see Wednesday’s vote as the country’s best chance to move forward.

According to David Zounmenou, a senior researcher at the Institute of Security Studies based in the South African city of Pretoria, there are two reasons the elections need to be held.

“One is to put an end to the transitional government, which has no credibility, and the other is to create an impetus for the peace process in the country,” said Zounmenou from the institute’s African
Security Analysis Programme.

Without a credible, legitimate government, no decisions can be truly seen as representing the will of the people.

“There is a perception from the international community that it’s better to have bad elections than no election. [The logic is that] even if we wait for 10 years, the conditions are never going to be in place to hold elections, so it’s better to transfer the responsibility to government to address some of the issues now,” he told Al Jazeera.

Not everyone is convinced that elections should happen at this point.

Thierry Vircoulon, project director for Central Africa at the International Crisis Group (ICG) in Paris, told Al Jazeera the lack of preparation could plunge the country into a deeper crisis.

But proponents say the elections should be seen as part of a larger move to improve the country’s destiny.

“Elections on its own, won’t solve its problems … it is only one move of a larger initiative that needs to be taken in the CAR for it to return to normalcy… It’s already a risk to hold elections in a country where disarmament of armed groups haven’t take place,” Zounmenou said.

At the top of everyone’s agenda are peace, security, rebuilding the country, and reviving its devastated economy.

The new government faces the daunting task of reuniting the estranged Christian and Muslim communities who have faced off against each other in bloody communal violence over the past two years. Amnesty International described the killing of Muslims as “ethnic cleansing”, while the Muslim-led Seleka rebels have equally been accused of a litany of crimes against the Christian population.

More than a million people remain displaced, both internally and across the border in neighbouring Chad, Cameroon and the DR Congo, underlining the extent to which the social contract in the region has been severed.

Thirty candidates are vying for the post of president. Both former President Francois Bozize and Michel Djotodia, who toppled him in March 2013, have been banned from participating. As a result of their omission, the ensuing political alliances have left this election a wide-open contest. If there is no outright winner, a second round will take place in late January 2016.

Some of the front-runners include: Anicet Georges “Mr Clean” Dologuele, a 58-year-old who headed the Development Bank of Central African States between 2001-2010. He set up the Central African Union for Renewal Party. Dologule was also a former prime minister of CAR during 1998-2001.

Abdoul Karim Meckassoua, is a 62-year-old Muslim leader who served under Bozize. Though still considered an ally of the former president, he is running as an independent candidate.

Martin “Iron man” Ziguele, is another 58-year-old who also served as a prime minister in CAR between 2001-3. Ziguele was a firm opponent of former President Bozize and is currently the leader of Movement for the Liberation of the Central African People (MLPC).

Why the election matters

Africa is changing rapidly and coups and conflict should be part of a time long past. But beyond the damage to the “emerging Africa”, which has seen so many countries such as Ethiopia, Rwanda and Senegal debunk the basket-case myth of the “dark” continent, a protracted crisis in CAR only threatens to fuel more instability in a region already characterised by uncertainty.

CAR is after all surrounded by South Sudan, Sudan, Chad, Cameroon, Congo and the DR Congo, zones currently embroiled in one conflict or another. Resolving CAR is about consolidating peace and democracy on the continent.

“There is a concern that the conflict in the CAR will take religious lines, which has already happened, and allowing the country to take that path will be detrimental not only for the country, but the entire region and this is why the AU, the UN and the international community are insisting that a proper peace process is implemented in CAR,” Zounmenou said.

“The election is supposed to hold the key to enter a new era that could influence the larger region as well.”

Since the formation of the transitional government in January 2014, it is mostly the capital Bangui that has been made secure. The rest of the country has been mostly left to the mercy of militia; at one point 80 percent was held by armed groups.

Understandably, the remote areas have been difficult to patrol and it’s still not clear how safe rural areas will be for voters. While 2.1 million people are on the voters’ roll, little more than 38 percent cast ballots on December 13-14 for the new constitution.

Moreover, out of the 460,000 refugees – mostly Muslim – living beyond the country’s borders, only 26 percent have been able to register. Zounmenou says if there is a big turn out on Wednesday, questions will need to be asked about the new government’s legitimacy.

While the UN Mission to CAR already has 11,000 peacekeepers, a further 300 were deployed from the UN Mission in Ivory Coast to assist. In the absence of a stable state, the UN Mission is tasked with providing logistical, technical, and security assistance for the elections.

“Our efforts aim to ensure Central Africans can vote in security and elect the country legitimate bodies, which will mark the end of the elections,” Vladimir Monteiro, spokesman for the MINUSCA, told Al Jazeera.

But Bangui, despite the presence of thousands of peacekeepers, remains a fragile city.

At least 100 people have been killed, hundreds wounded, and some 40,000 displaced since September. During the voting on December 13, five people were killed and 20 others injured in the PK5 district of the capital, pushing the vote to a second day.

Since 1960 CAR has endured five coups and years of instability, leaving analysts to conclude the country has never been able to institutionalise a system of governance beyond the whim of its leaders.

For too long, good governance was compromised, tailored around personalities. Moreover, France, Zounmenou argued, has meddled far too much with CAR’s politics since “granting” the country independence. France will have to change its posturing towards the nation, he said..

One of the major priorities of the new government will be to disarm and demobilise a litany of armed groups that emerged in the political vacuum of the past 24 months. There is also the complex issue of reconciliation.

“There is often very high expectation on post-conflict governments to fix everything and often less international attention allows the problems to build up and derail the peace process, like they have in Mali and Cote d’Ivoire [Ivory Coast] recently… This is the main challenge now,” Zounmenou said.

The post Everything you need to know about elections in CAR appeared first on African Media Agency.