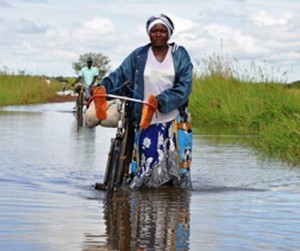 The European Union has announced a contribution of €125 million to finance emergency actions in countries affected by the extreme weather phenomenon‘El Niño’ in Africa and the Caribbean. The support, €119 million of which comes from the European Development Fund reserves, and a further €6 million from the humanitarian budget, will contribute to the joint effort of bringing life-saving emergency assistance and increasing resilience in the affected countries, according to                Alexandre Polack, spokesperson of the EU. Making the announcement at the 2015 United Nations Climate Change Conference in Paris (COP21), European Commissioner for Humanitarian Aid and Crisis Management, Christos Stylianides said: “The El Niño phenomenon is already affecting millions, especially in Africa, Central America and the Caribbean, and is expected to continue to do so in the next months. This shows how fragile we are in the face of nature. This is even more visible in regions that are already vulnerable as they are the ones most affected. The EU is here to help them deal with the consequences of El Niño. Our aid will help meet the urgent needs of the populations, but it will also support resilience efforts, making them better equipped to face natural disasters in the future.” Neven Mimica, Commissioner for International Cooperation and Development added: “El Niño risks undermining the efforts in poverty alleviation in many countries in the world that we have fought so hard to achieve. We need to react now in order to prevent a crisis that could cause instability in the longer term.” By combining humanitarian and development assistance, this new EU aid will help to address immediate needs of nutrition, water and sanitation, health and shelter (for example, support to health structures, provision of food and safe drinking water, supplementary food for pregnant women and children).It will also help build resilience in the most exposed countries by enhancing disaster preparedness, early response mechanisms, and supporting long-term development solutions. The ‘El Niño’ phenomenon is characterised by rising temperatures of surface sea water, which interact with the atmosphere and cause different extreme events, from floods to droughts. The current El Niño is expected to be the strongest on record, surpassing the 1997/1998 “El Niño of the century”. It is already affecting large regions of Africa – Central Africa, Greater Horn of Africa, and Southern Africa – with both floods and droughts. These are having consequences mainly on food security, but also on health, access to water and hygiene conditions of millions of people living in already vulnerable regions. The worst-hit country so far is Ethiopia, reporting an increase in the number of food insecure people due to drought from 2.9 million in January 2015 to 8.2 million in October 2015. Central America and the Caribbean region are also being severely affected, in particular Guatemala and Haiti. More than 6 million people are estimated to be suffering from the current drought, which is considered to be the most severe in the region in more than 100 years and expected still to worsen. The lack of water has an enormous impact on crops, livestock, reservoirs and the livelihoods of a substantial proportion of the population. With about 34 million people affected worldwide, and the most virulent impact ever expected to take place, the phenomenon demands a coordinated global response.]]>