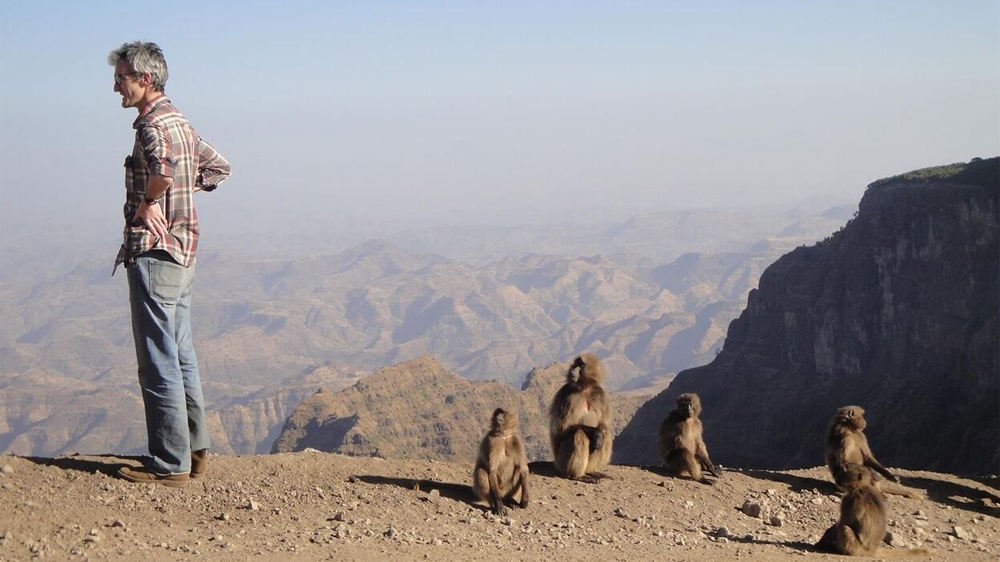 Addis Ababa, Ethiopia – A small plaque on this small deserted hillock deep in the forests of Kaffa, a province in western Ethiopia, bears an inscription in Amharic and English indicating that this is the birthplace of Ethiopia’s gift to the world: Arabica coffee, as locals will also confirm.

The plaque, hidden in the grass of the overgrown vegetation and invasive forest border, symbolises what has long hampered Ethiopia’s tourism industry. Despite a cultural, historical and linguistic identity quite distinct from the rest of Africa, Ethiopia never became a major tourist destination on the continent.

Where other countries would proclaim the news, beckoning tourists to come, Ethiopia never seemed that bothered by this fact. But this modest attitude is beginning to change.

In August this year the Ethiopian Ministry of Culture and Tourism made a bold announcement that it intended to triple foreign visitors to more than 2.5 million by 2020, with an ultimate goal of making Ethiopia a feature in Africa’s Top 5 tourist destinations by 2020.

“Key tourism factors such as easy and fast growing air access, personal safety and local hospitality, rapid economic growth and, above all, fascinating discoveries to be made bode very well for rapid tourism growth,” said Mike Fabricius of South Africa-based The Journey, a tourism consultancy company.

Not everyone, however, is so sure about the wisdom of chasing those numbers.

In 2013, the government established the Ethiopian Tourism Organisation (ETO) – mandated to boost tourism destination development and marketing, and enhance the benefits of tourism in a sustainable and competitive manner. This signalled a decision to take tourism seriously as a means of generating revenue and helping eradicate poverty.

“There are many reasons tourism took a back seat but the number one thing was getting the basic infrastructure in place,” said Solomon Tadesse, the chief executive of ETO. “Now, the government can fully get behind it based on the economic growth of the last 10 years, with the added benefit of how this has also created a good impression with the outside world.”

Tourism in Ethiopia currently generates $2.9bn for the economy each year, close to a million jobs and about 4.5 percent of the gross domestic product, according to the World Bank.

That percentage, however, trails the likes of Rwanda’s 9 percent of GDP, and tourism accounting for about 11 percent of global GDP. In 2013, a travel and tourism competitive index compiled by the World Economic Forum ranked Ethiopia’s tourism industry as 120th globally and 17th in Africa.

“We know we are behind our neighbours and need to run and catch up,” Tadesse said.

Others within Ethiopia’s tourism industry, however, urge caution, arguing that Ethiopia doesn’t need to think in terms of catching up. It should rather embrace its own unique tourism development model. The numbers game misses the main point, they say.

Greta Fiori, a conservation and tourism professional who has worked in Mexico, South Africa and Ethiopia, where she grew up, said Ethiopia in this manner, “could become the No 1 destination on the continent though not only by tourist numbers but for quality of the experience and the uniqueness of the landscape.”

Most of Ethiopia’s tourism treats – including nine UNESCO World Heritage sites, the most for an African country – are fragile and risk being destroyed by hordes of tourists, Fiori noted.

An additional concern is that a too rapid an increase in tourists could also lead to cultural clashes between locals and foreigners, resentment towards tourism for benefiting only the elite few, segregation of local societies, spiralling prices, money grabbing locals and increased crime.

“Generally it’s up-market tourism that works seamlessly, with the cheaper end that gives problems, and at the moment Ethiopia does not know which way to go,” said someone involved in Ethiopian tourism for more than 10 year who asked not to be named, adding that mass tourism for Ethiopia could put its “golden goose in the pot”.

Those holding such concerns hope that Ethiopia takes a more sustainable, lower volume option – compensating lower numbers by selling a higher quality product at a higher price – while tackling the weak operational state of its tourism industry to ensure adequate facilities exist for tourists who respond to new, more proactive marketing.

For now, finding what are in other tourist-bound countries basic facilities – a well-maintained public toilet, a decent camping site, a rest spot with basic catering facilities – typically proves a frustrated endeavour in the likes of Ethiopia’s national parks and on much of its tourist trail.

“Building infrastructure that meets the expectations of foreigners is key, as there is a limit to how much people are willing to rough it,” said Greg Dorey, UK ambassador to Ethiopia.

“But the jury is out on whether it can build up the supporting infrastructure sufficiently well, given the huge obstacles it places in the way of foreign entrepreneurs investing in this sector,” said Dorey.

Vulnerabilities of a tourism industry

For all the exciting projections and talk of transformative powers, tourism remains a fickle business – especially in Africa.

The Ethiopian government is trying to plan ahead. In addition to the ETO, 2013 saw the formation of the Tourism Transformation Council, chaired by Prime Minister Hailemariam Desalegn himself, and the Tourism Board to monitor the running of ETO.

“We’re starting from ground zero, though that’s not a weakness rather an advantage as we have learned from others’ mistakes,” Tadesse says. “Make Ethiopia your travel destination and you’ll never be the quite the same again,” he adds.

Therein probably lies Ethiopian tourism’s greatest strength – there are still so many diverse cultures, landscapes and wildlife to be developed for tourist itineraries: the Simien and Bale Mountains; the forests of the South; the Sof Omar Caves; the Danakil Desert location of Lucy, the oldest and most complete hominid skeleton ever found, lending weight to Ethiopia’s claim as the cradle of humanity.

But while there is hope tourism will benefit the country, with many Ethiopians sorely needing employment, it remains to be seen how Ethiopia will be affected by more and more foreigners flashing wallets. The capital, Addis Ababa, flushed with money and people on the make, is already beginning to make many observers feel wary.