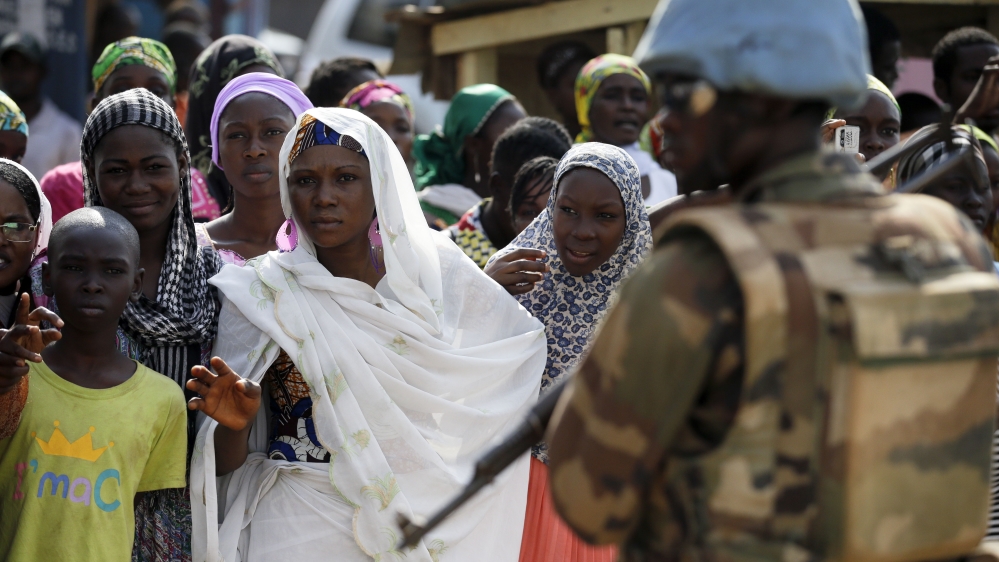 Armed men in the Central African Republic killed eight civilians at a camp for displaced people and wounded one UN peacekeeper just days after the pope visited the capital.

CAR turned violent in early 2013 when Seleka rebels seized power in the majority Christian country, sparking reprisals from the Christian rebel group called anti-Balaka. Leaders from both sides say the hatred has been manipulated for political gain.

The latest attack took place at Ngakobo, about 60km south of the central town of Bambari on Thursday, UN coordinator Aurelien Agbenonci said in a statement.

Five of the rebels from the mainly Muslim coalition Seleka that attacked the IDP camp were killed and two wounded, said Farhan Haq, deputy spokesman for the UN secretary-general.

“The UN Mission in the Central African Republic, MINUSCA, reports that over the past couple of days several incidents involving anti-Balaka and ex-Seleka groups in Bambari have raised tensions in the town,” Haq said.

Pope Francis visited a mosque in the capital on Monday to implore Christians and Muslims to end a spiral of hate, vendetta, and bloodshed that has killed thousands over the past three years and divided the nation.