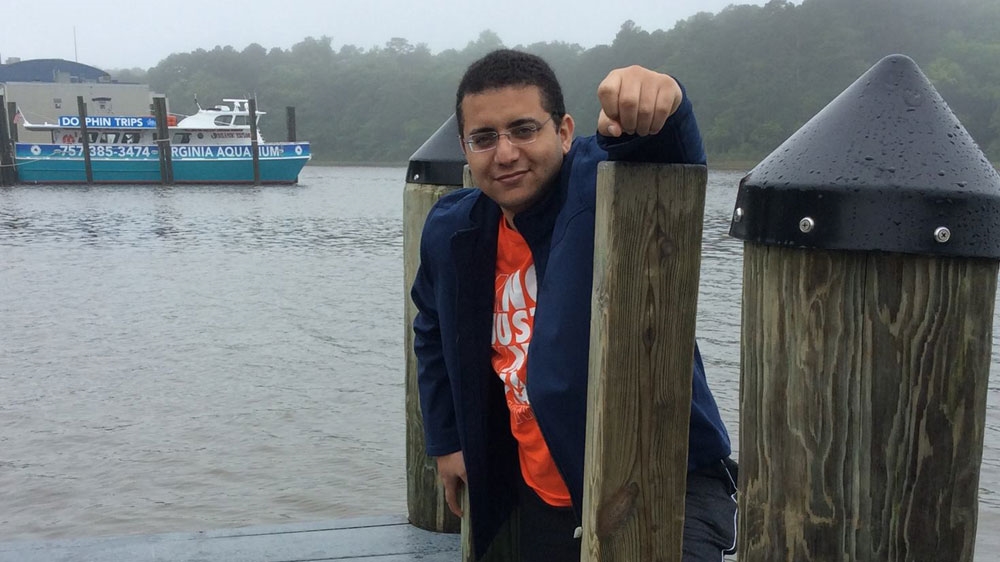 For the second time, Egypt has extended the detention of a journalist accused of “releasing false news aimed at spreading terror” and “joining a banned group” by another 15 days pending further investigation, the detainee’s family and local media said.

Award-winning investigative journalist Ismail Alexandrani is likely be held until at least the end of December given the extension, his wife Khadeega Gafar said on Monday.

The extension was announced last Thursday, days before his current detention period was to end.

“He didn’t even finish the first 15 days. The general reason they say he is being detained longer is that the ‘investigation is continuing’. He’s in the Masra Tora prison,” Gafar told Al Jazeera.

She added she hoped his case would be reviewed by the United Nations.

‘No need for this’

Alexandrani, 32, was first held on November 29 as he flew into Egypt’s Hurghada airport from Berlin – where he had participated in a conference on counterterrorism – when his passport was confiscated.

Gafar said she has seen her husband – who denies all accusations – three times since his detention, with each visit lasting no longer than 10 minutes.

“While I feel some sort of relief having found him in good health and good spirits, I also feel apprehension and fear now that they have extended for a second time. There was no need for this.”

Rights groups have called for the immediate and unconditional release of Alexandrani, who is an expert in “Sinai and Egypt’s extremities, Islamism and post-Islamism”, according to his Twitter profile. He was also a visiting fellow at the Washington DC-based Woodrow Wilson International Center for Scholars.

The Egyptian journalist, who has worked with think-tanks in the US, France and Germany, won the Open Eye-Hany Darweesh Award for an exceptional essay in 2014.

His writing has been critical of Egypt’s Muslim Brotherhood and of the involvement of the army in politics.

Since 2013, Egyptian authorities have cracked down on freedom of expression after the ouster of democratically elected President Mohamed Morsi of the Muslim Brotherhood.

Fourteen rights groups have signed a statement issued by the Egyptian Center for Economic and Social Rights calling on Egyptian authorities to release the journalist.

Earlier in December, Jason Stern, a research associate for the Committee to Protect Journalists’ Middle East and North Africa programme, called for all charges against Alexandrani to be dropped.

He said the arrest was “the latest attempt by the Egyptian government to silence critical reporting through force and intimidation”.

According to a recent Reporters Without Borders report, at least 22 journalists have been imprisoned in Egypt so far this year. The only country that has jailed more is China, which has put 23 reporters behind bars in the same period.

Al Jazeera’s Abdullah Elshamy spent 309 days in jail there, despite never being charged with a crime.