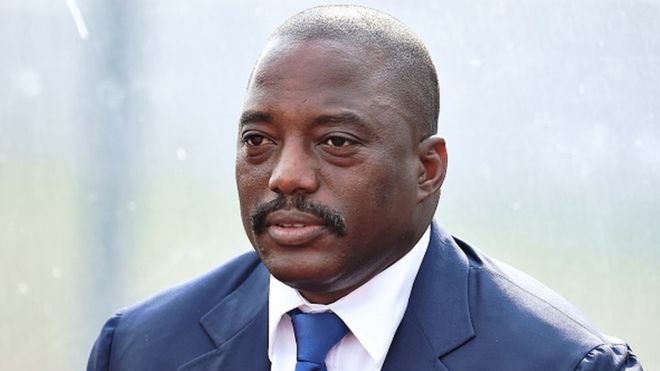 In the Democratic Republic of Congo, the presidential election is set for November 2016.

Political opponents and activists say that everything is in place for President Joseph Kabila to extend his stay in power, thus violating the constitution and potentially precipitating the continent-sized central African country into chaos. “What we need is to have a specific action plan for the elections,” says Serge Syvia, a doctor and activist. “Because theirs (the government’s) is already being implemented.” In a small wooden house that was built, like much of the eastern city of Goma, on dried lava rocks, members of a youth group called Lucha (struggle for change) are holding a meeting. Lucha has a core of about 50 members and a few hundred sympathisers. They believe in using non-violent protests to demand basic rights like running water, security and justice. Currently, three of their members are in prison: one for taking part in a workshop in the capital Kinshasa on youth and democracy and two others for organising an outdoor tribute with candles and photos to victims of an armed group, based near the border with Uganda, which massacres people with machetes. The government’s spokesperson has in the past called Lucha members terrorists and Goma’s mayor has banned their activities.

Why are they scared of a small, unarmed movement of young activists based over 1,500km from the capital? “For us, the lowly people, there is nothing here and they know this, so when one of us raises a finger to protest, because they are very rich in vocabulary, they call it ‘an attempt against state security’,” says another member Aline Mukovi.   There is also the fact that, a year ahead of the planned election in DR Congo which should, if all goes according to the law, bring about regime change, the powerful are on edge. In January, at least 30 were killed in the country’s capital Kinshasa, according to the UN, after the police brutally repressed demonstrations against an electoral bill. For opposition politicians and activists, that bill was part of the “plan” to which Mr Syvia referred. It has become known here as the “glissement” or the slippage of the election dates.

Under the current constitution, President Joseph Kabila must stand down in December 2016, when his second five-year term ends. [caption id="attachment_23232" align="alignright" width="624"] 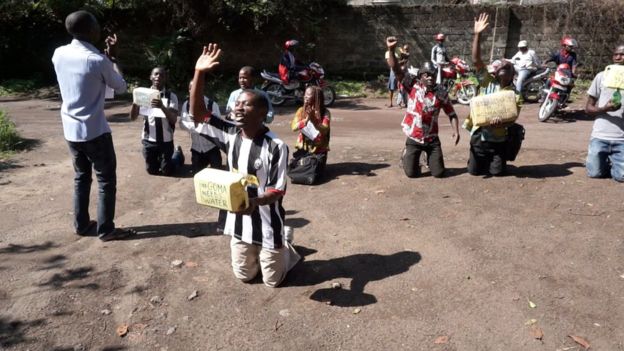 Lucha protest in Goma over lack of water supplies[/caption] The bill would have tied the election date to the completion of a nationwide census, which could have taken years. At least 649 people – many protesters, activists and political opponents – have since been detained, according to a UN report published this month. It found “the shrinking of democratic space was a likely to impact the electoral process”. Critics believe interfering with the process by silencing critical voices is precisely the government’s intention.

‘Ploys to stay in power’

The controversial clause in January’s electoral bill was scrapped as a result of the protests, but opponents say several other ploys to push the election back are in motion. First, there’s the complexity and the cost of the votes. In theory five sets of local elections need to be organised before the presidential poll. Local civil society groups accuse the electoral commission of intentionally dragging its feet to organise local polls and to be “illegally linking the organisation of the election to a national dialogue”. Mr Kabila called for a countrywide dialogue last month, saying on national television that it was only way to avoid a crisis and to revive the electoral process. Critics see it as a strategy to try to co-opt political opponents with positions or money. Kabila also hinted at the possibility of an indirect or an electronic vote in the presidential election, to save money, which some say would make rigging the poll easier. He has not directly commented on suspicions that he might be trying to cling to power.

But the spokesman of the ruling party, André-Alain Atundu, said that it would take “two to four more years to organise credible elections”. Sources close to Kabila say that, as the man who secured an important peace deal in the early 2000s following years of civil conflict that killed millions, he genuinely feels the country could implode if he were to leave at the end of next year, especially without having organised a successful dialogue.   There are still dozens of armed groups with ties to politicians in the east of the country and the army’s own loyalties are divided. “Opposition leaders have said president Kabila should be judged by the International Criminal Council,” said one source close to him. “That is hardly the language of appeasement.” It is true the country is still fragile. But it is difficult to see how the president staying on would guarantee peace. Joseph Kabila: Born in a rebel camp in eastern DR Congo – where he enjoys most of his support Spent his childhood in Tanzania His father, Laurent Kabila, overthrew long-time ruler Mobutu Sese Seko in 1997 He first became president – the world’s youngest head of state – after his father’s assassination in 2001 [caption id="attachment_23233" align="alignleft" width="624"] 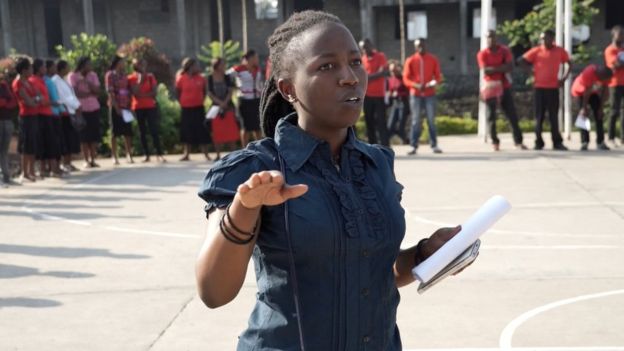 Aline Mukovi has criticised the government[/caption] Oversaw the signing of a peace accord in 2002 to end a five-year conflict involving several other nations Became DR Congo’s first freely elected leader in 2006, winning a run-off poll with 58% of the vote Secured another term in controversial elections in 2011 Has enjoyed the clear support of western governments, regional allies such as South Africa and Angola and mining groups that have signed multi-million dollar deals under his rule Revered in the Swahili-speaking east, where he is widely credited with helping to end the 1998-2013 wars, he is less liked in the west The January riots were an indication of how the streets might react to an attempt to hold on to power. Activists believe violence would escalate if the election deadline is missed. The powerful and historically political Catholic Church has already called on the Congolese people to oppose any attempt to violate the constitution. Bishops said the country’s situation was worrying and reminiscent of past wars and bloodshed caused by “power being seized by force and exerted against the common good”. The international community does not seem to know what to do. “We just have no leverage. We have carrots, but no sticks,” a UN employee admitted. The UN peacekeeping mission’s newly-appointed leader’s brief is basically to rebuild a relationship with a government that has been cutting the mission off from both political discussions and military operations for months.

A matter of principle

“No one will fight this one for us,” says Luc Nkulula, a lawyer and member of Lucha, perched on the leg of an armchair as he addresses his colleagues about their plans. He believes that at the moment priority is a change at the top. He isn’t convinced that any of the potential opposition candidates would be any less corrupt or even more likely to bring more stability to the troubled east, but it’s a matter of principle: upholding the constitution and ensuring accountability. He also doubts that the majority of the population will never understand, even less adhere, to Lucha’s non-violent activism. He fears extreme violence on both sides and worries that weakest will suffer the heaviest losses. “But,” he says, “the alternative to this struggle in a country like Congo is not being able to look at yourself in the mirror.” *BBC]]>