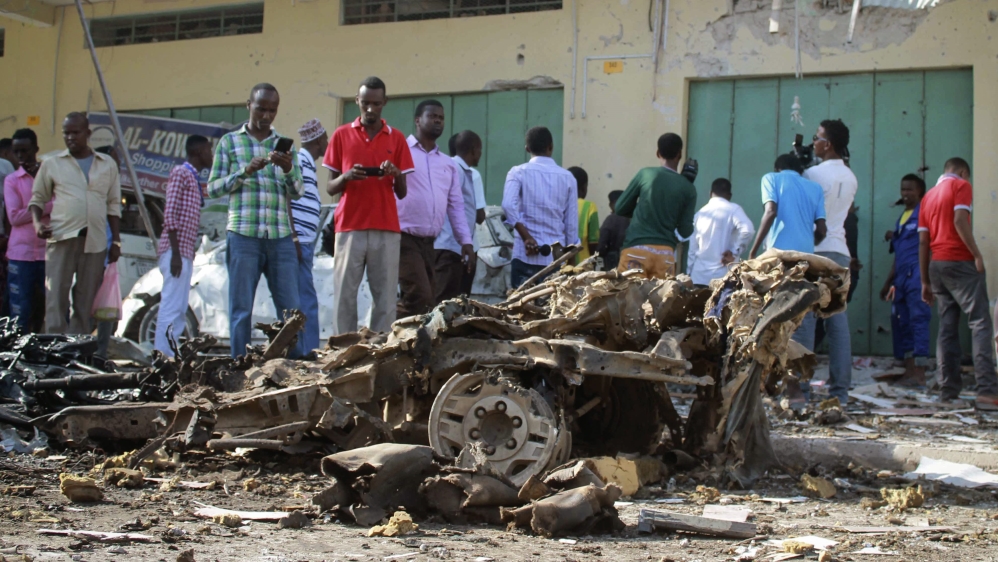 Several people have been killed after armed men detonated a car bomb and opened fire on a busy road in Somalia’s capital Mogadishu, police say.

Reuters news agency said that at least three people were killed and eight others were wounded in Saturday’s attack, with the toll likely to rise.

The explosion occurred on a busy street close to hotels and supermarkets.

“There was a drive-by shooting attack … then a car loaded with explosives was detonated after police reinforcements arrived,” Ahmed Abdiweli, a police official, told AFP news agency.

“Most of the casualties are civilians.”

Al Jazeera’s Jama Nur, reporting from Mogadishu, said at least 15 people were taken to the hospital and police investigations were ongoing.

“The gunmen in a car attacked the official and there was exchange of gunfire … then there was a huge blast,” said Abdi Mudey, who was near Makka al-Mukarama Road where the attack took place.

“I saw several people who were seriously wounded.”

There were no immediate claim of responsibility but Somalia’s al-Shabab armed group has carried out a string of attacks in Mogadishu.

Expelled from Mogadishu in 2011, al-Shabab, linked by Western intelligence agencies to al-Qaeda, is fighting to overthrow the internationally backed government in Mogadishu, which is protected by a 22,000-strong African Union force.

The group still hold swathes of the countryside which it uses as launching pads for the attacks.