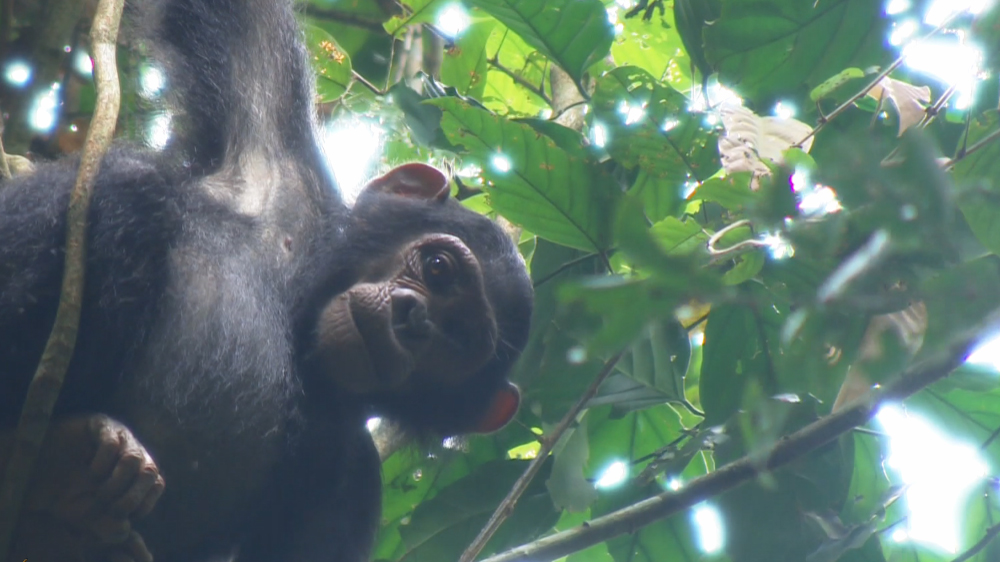 Our long journey to cover the dwindling habitat for great apes in remotest Africa was on the fast track to go-time.

After nearly two years of planning, the Lincoln Park Zoo said the trip to the Republic of the Congo was a go. My Al Jazeera managers said: “Do it.”

No story this worth getting ever goes this smoothly. I pinched myself. I should have pinched harder.

It all apparently began to go wrong when Congolese officials noticed our passport covers: “United States of America.” It’s a bad time to be American here.

President Denis Sassou N’Guesso is over the maximum age of 70 and has served a maximum three mandates (or terms). So he wrote a referendum allowing himself a fourth. The government said it won the overwhelming support of the people. The US State Department had another term for it: a “deeply flawed process … marred by violence, intimidation, and severe restrictions on basic freedoms”.

US-Congo relations sank to a new low. A source in the Congolese government said word had gone out from the presidential palace to “make things complicated for Americans”. It seems immigration officials followed that directive with the kind of enthusiasm Taylor Swift reserves for poison-penned odes to past boyfriends.

Getting to the most remote home of Africa’s great apes isn’t easy to start with. Just 20 outsiders have ever visited the Goualougo Triangle, a tropical jungle safe haven for endangered chimpanzees and western lowland gorillas. From the capital of Brazzaville, it’s a three-day drive. Then it’s another day of unpaved roads, a barge, canoes and a five-hour hike. I’m talking really, really remote.

We were about to leave the northern city of Ouesso for Bomassa, when a diminutive deputy internal immigration official told us our papers weren’t in order. They were identical to those others had used. We nicknamed him Napoleon.

He snatched up our passports and, at 5pm, ordered us back on the 13-hour road to Brazzaville to get yet another pass, with the addition of two mutely statuesque government minders – guys we had to drive in our already cramped trucks. Napolean personally came to watch us pack up. We were told there would be “cahier des charges” – a “gift” to be named later, from us to them.

The drive went south fast a few hours in. The first truck got a flat. The driver of truck two, exhausted on hour 12 of the forced trek, fell asleep and crashed into the jungle. Thanks, Napoleon.

After a four-day delay, we got the pass we didn’t really need, paid our hoteliers, pushed back deadlines and bought new flights. Thanks again, Napoleon.

Our jungle adventure began with the five-hour hike, some through waist-high water. We arrived at Goualougo, with cameraman Mike Labella plucking leeches off his legs. At the campfire that night our host, Dave Morgan of Chicago’s Lincoln Park Zoo, was explaining why we needn’t fear the line of what the trackers called “mega piranha giant ants,” when he stopped short.

“That will hurt you, though,” he said as he shone his flashlight on a scorpion with raised pincers. A tracker dispatched it quickly with a fiery log.

“We are all conservationists here,” I thought, “but conservation begins at home” – with your own life.

After two weeks – and some visually rich stories – the last remaining adventure was the four-day trek to Brazzaville – and home. It didn’t disappoint.

In Bomassa, the local army chief summoned us to say we owed him 10,000 francs (about $20) for a “registration fee”. We asked for a receipt. There was some awkwardness. We were told the fee would not be necessary after all.

On the road to Brazzaville, there is a dizzying array of checkpoints. Some require 1,000 francs for passage. Others just raise the gate. They’re run by police, the army, eco-guards checking for poachers and, of course, our friends with immigration.

And that, again, is where things went wrong. The lieutenant told us we needed to take along one of his men “for your protection”. The only protection we needed was from the Immigration Department. I’m convinced the Congolese Immigration agency doesn’t have enough cars. The bench-like back seats, crammed with gear and four zoo and Al Jazeera staffers, got cramped. Eyes rolled – some at me. I was ensconced in relative comfort in the front seat.

The Republic of the Congo has done an impressive job of setting aside national parks to preserve endangered wildlife. And it aspires to draw eco-tourism. So far only about 300 mostly European visitors a year are hardy enough to make the trek to Mondika (Goualougo remains off limits to visitors), and perhaps for good reason.

If investing in a Congolese eco-vacation means getting shaken down by every third official in government uniform – for cash, a ride or a “gift” – most tourists won’t return, and they’ll put out the word. And it’s a shame because this country is one of the most environmentally rich, beautiful and exotic places on Earth.

PS: We are told the cahier des charges is still coming.