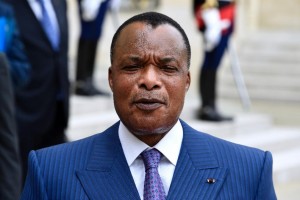 Under the terms of a controversial new constitution adopted after an October referendum that would allow Sassou Nguesso to extend his term in office, an election was due to be held in July.

But he told lawmakers he wanted to bring it forward to the first quarter of 2016 to implement the “new dynamic” following the referendum.

The country’s constitutional court last month said a whopping 94 percent of voters had backed changing the constitution to scrap a 70-year age limit on presidential candidates and lift a ban on presidents serving more than two terms.

But Congo’s opposition dubbed the referendum “a constitutional coup”, with the FROCAD opposition coalition declaring “the vote was neither free, nor just, nor fair, nor transparent”.

And Congo was rocked by protests in the run-up to the vote, with at least four people killed in clashes between opposition demonstrators and security forces.

Sassou Nguesso, who is 71 and has already served two consecutive seven-year mandates, is expected to seek reelection next year.