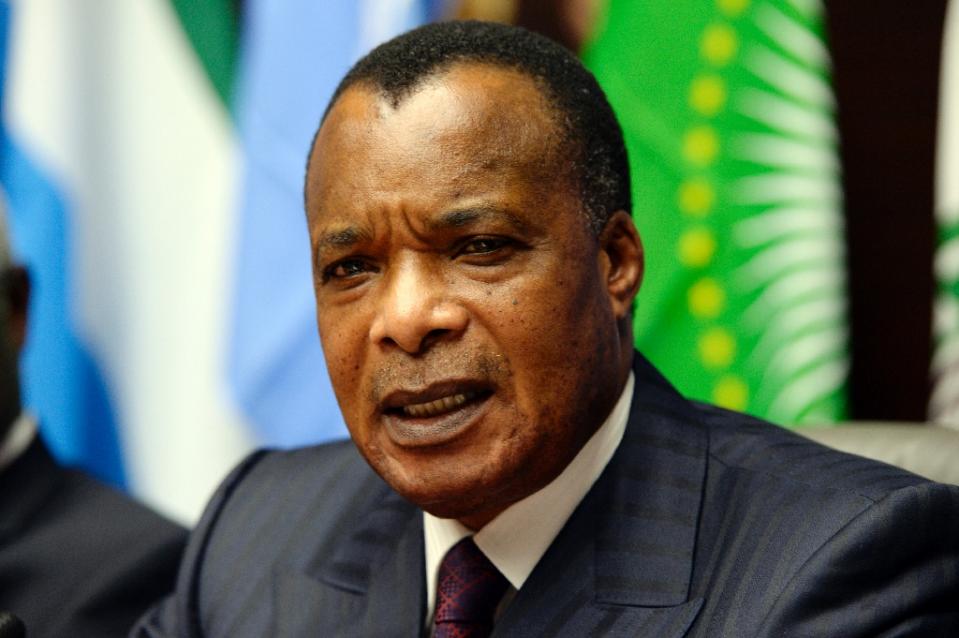 A controversial referendum in October 2015 allowed Congo-Brazzaville President Denis Sassou Nguesso to extend his 31-year rule (AFP Photo/Thierry Charlier)[/caption] Kinshasa (AFP) – The fate of Blaise Compaore, who was ousted after a bloody uprising in 2014 after 27 years as president of Burkina Faso, has not been enough to deter other African leaders from clinging to power long after their constitutions demanded they go.

In 2015, two African presidents amended their constitutions to allow them to seek another term — or more.

Denis Sassou Nguesso, who has now led Congo-Brazzaville for more than 31 years, and Paul Kagame, Rwanda’s head of state since 1994, both ordered referendums which will allow them to run again in 2016 and 2017 respectively.

In neighbouring Democratic Republic of Congo, Joseph Kabila is due to stand down in 2016 after 15 years at the helm, but fears are mounting he too could stay on as the country endures a period of uncertainty.

The president has shown no sign of preparing to leave office and is now calling for a “national dialogue” to allow for a peaceful vote. Opponents view the demands as a trap, which could allow his supporters to put off polls for two to four years until they can organise “credible” elections.

Meanwhile, to the east of the DR Congo, Burundi has been in crisis since April, when president Pierre Nkurunziza sought a third term in a move that even some in his own camp judged unconstitutional. 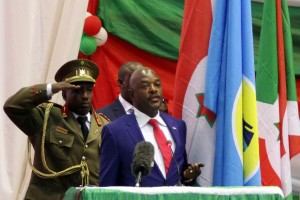 Burundi’s President Pierre Nkurunziza delivers a speech after being sworn-in for a controversial third term in power, at the Congress Palace in Kigobe district, Bujumbura on August 20, 2015 (AFP Photo/Landry Nshimiye)[/caption]

The situation deteriorated when Nkurunziza was re-elected in July, on a ballot that was boycotted by the opposition. The country has since spiralled into violence and there are fears in the international community this could break out into genocide.

“The limit of two presidential terms in African constitutions goes back to the late 1990s,” said Thierry Vircoulon, associate researcher at the French Institute of International Relations (IFRI).

“It was a lesson drawn from (the results of) autocratic regimes and presidency for life,” he told AFP.

But these limits were quickly broken, beginning with Togo in 2002, followed by Chad and Uganda in 2005, where Idriss Deby Itno and Yoweri Museveni have been in power since 1990 and 1986 respectively.

Constitutions in Angola, Djibouti and Cameroon have also been changed to allow incumbents to stay in power, as well as in Zimbabwe, where 91-year-old Robert Mugabe has been president since 1980.

“The basic tendency (in central Africa) over the last few years has not between towards greater democracy, but in the opposite direction,” said Vircoulon.

“Civil wars and peace agreements have not changed the way of doing politics in these countries,” he added.

But this has not been the case everywhere on the continent.

In Burkina Faso, it was Compaore’s attempts to change the constitution which led to a popular uprising and pushed him into exile in October 2014.

After a year which saw an attempted putsch, the people of Burkina Faso in November elected a new president in polls which were judged to be transparent and credible.

In Nigeria, Africa’s most populous nation, Muhammadu Buhari’s victory in March presidential elections led to the first democratic transfer of power in the country’s history.

In a recent note, however, strategic consulting firm Control Risks said it was “unlikely” the changes in Burkina Faso and Nigeria would bring about others elsewhere in Africa in 2016.