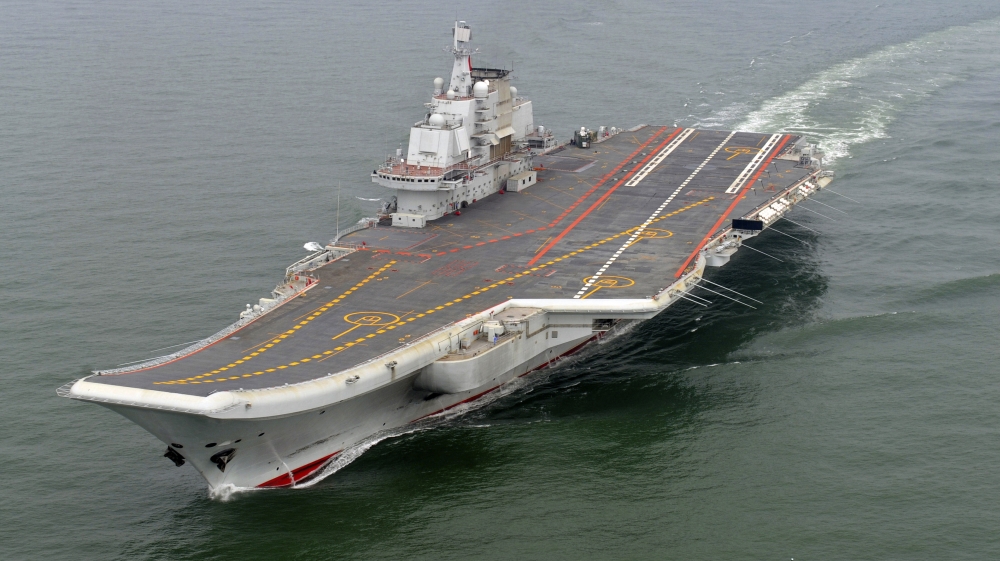 China recently announced a landmark agreement with Djibouti to establish Beijing’s first overseas naval base in its modern history. The agreement opens the door to the creation of a permanent Chinese military presence on the African continent – at a key geopolitical address bordering the Bab el-Mandeb Strait guarding the approaches to Suez along the Arabian peninsula and the interior of East Africa.

In remarks on November 26, a spokesman for China’s foreign ministry sought to downplay the move’s strategic significance. “In accordance with relevant UN resolutions,” explained spokesman Hong Lei, “China has deployed more than 60 vessels in the Gulf of Aden and the waters off the Somali coast in 21 [anti-piracy] escort missions since 2008. In the process of escorting, we encountered real difficulties in replenishing soldiers and resupplying fuel and food, and found it really necessary to have nearby and efficient logistical support.”

Notwithstanding such benign explanations, China’s establishment of a permanent facility in this region marks a critical step in the maritime expansion and strategic creation of a Chinese “blue water” navy capable of operating globally.

“[China is] going to build a base in Djibouti, so that will be their first military location in Africa,” explained David Rodriguez, the commander of US Africa Command.

Washington’s support for China’s increased participation in international maritime security efforts, like the one operating off the Somali coast, is one thing. China’s growing appetite to contest Washington’s command of the seas, as it is doing in the South China Sea in particular, however, is something else entirely.

The competitive context – strategically as well as economically – of China’s move to establish a base on the African coast, where the US Navy has long-reigned supreme, is self-evident.

Senator Chris Coons, a senior member of the Senate foreign relations subcommittee on African affairs, said that the US has to be “vigilant in the face of China’s growing ambitions. Overall, China’s presence in Africa is certainly something we need to pay more attention to, but not just in Djibouti.”

“Trade follows the flag” has been the calling card for global maritime powers for millennia. In China’s case, the extraordinary expansion of its global trade in recent years has been enabled by the patronage of an international system of trade and security dominated by the US.

China, is now signalling, in this and in so many other ways, its intent to establish a system of international trade and security that “looks like China” rather than Washington. China’s agreement with Djibouti marks yet another milestone in the evolving transition to a new system.

Djibouti, a tiny country of less than 25,000 square kilometres with a population of less than one million, already hosts bases belonging to France and the US. The latter, Camp Lemonnier, is home to 5,000 US personnel, who fly drone and other missions to Yemen and Somalia as part of SOCOM – the shadowy special operations command that in recent years has spearheaded the expansion of Washington’s own military campaign against jihadis in the region.

The evacuation of 83 Chinese and Sri Lankan nationals from Yemen earlier this year, and the killing of three Chinese rail executives in the recent hotel siege in Mali, highlight China’s growing exposure to security challenges in the volatile region.

The driving force behind China’s move to establish a permanent naval presence in the region, however, is Beijing’s determination to create a new system of trade and, therefore, security that will reflect China’s interests.

There are two related elements to the Chinese effort – Chinese-financed economic development and the establishment of an international trade and security infrastructure to support it.

The “Maritime Silk Road” is part of the overarching multibillion dollar Silk Road economic belt trade and infrastructure project announced in September 2013. It aims to create a new Chinese-inspired system of global trade and commerce, linking China’s ports with those of the Asian subcontinent, the Arabian peninsula, the Red Sea and Suez to the port of Piraeus – now run under contract by a Chinese company, China Ocean Shipping Company (Cosco).

The growing port at Djibouti, the largest on the continent’s east coast, is one cog in this growing network, an important prize in the global contest to operate, own, and control port facilities at critical points along growing trade routes.

The United Arab Emirates’ Crown Prince Sheikh Mohammed bin Zayed Al Nahyan’s visit to China last week was undertaken in the context of the broader Chinese interest in cementing partnerships along the trade routes identified as part of the Maritime Silk Road.

The UAE company DB Ports plays a critical role in this international contest to “claim space” along international trade routes, including Djibouti where it operates the Doraleh Container Terminal.

The crown prince explained that the UAE will support and participate in the Belt and Road Initiative and play an active part in China’s new Asian Development Bank.

Djibouti is the first, but certainly not the last example of the revolution China is leading not only in trade and development but also in international security throughout Africa and the broader Middle East.

Geoffrey Aronson writes about Middle East affairs. He consults with a variety of public and private institutions dealing with regional political, security, and development issues.

The post China to open its first naval base in Africa appeared first on African Media Agency.