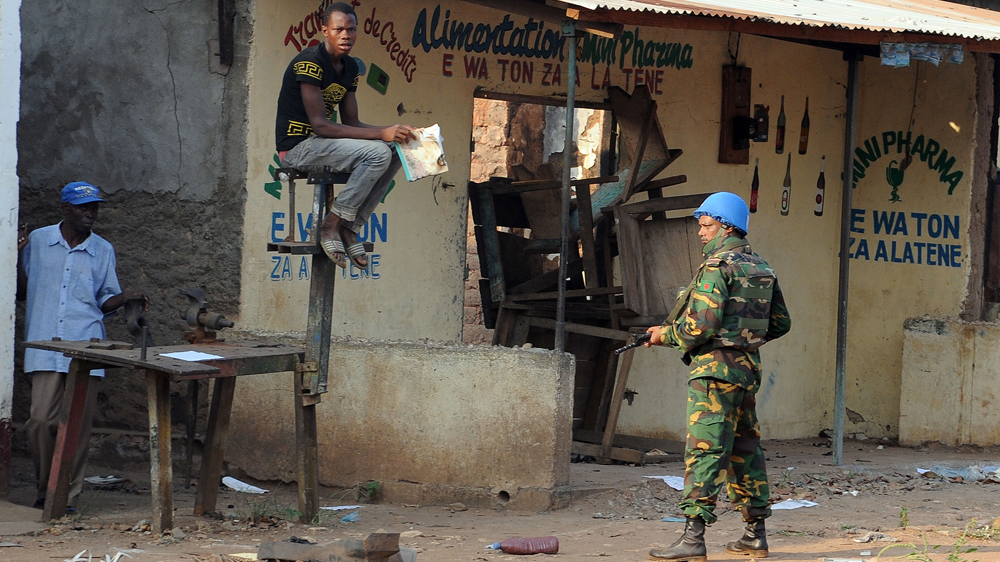 Bangui is quite different to the first time I was here. Then, the main road leading away from the airport was often deserted, heads peeked around the edges of houses, people scurried across the road.

Several times during that month last February I saw the dismembered bodies of Muslims lying on the ground – people watched from the shadows, nobody talked.

But this time the road is busy and noisy as sellers shout out their specials. Even so, what was once a mixed neighbourhood is now mostly Christian. The street sums up what seems to have happened in CAR.

READ MORE: Everything you need to know about elections in CAR

Yes, security has improved but the fundamental dynamics of many neighbourhoods has changed. The worst of the bloodshed has clotted but the wounds still ache and could be easily opened.

Central Africans have known more coups than elections so, where do you start? The scale of the challenge for the population, politicians and peacekeepers is enormous. They have to build a new ‘normal’.

A process called pre-DDR is underway. It’s the foundation for what’s supposed to be a full Disarmament, Demobilisation and a Reintegration programme for former fighters. But to give up their guns there has to be an alternative.

In a country starved of investment and development that comes through employment so, in the province of Bria (and we’re told many other places in CAR), that means a kind of community work scheme – teams of former fighters digging trenches and laying foundation stones for a building at an airport.

As we toured Bria there was great enthusiasm for the scheme. You get the feeling no one’s really felt like anyone has been interested in them for quite some time.

They have handed in weapons for employment so it will surely have to last to stop a reverse of the trend. The great unknown is in how many weapons are still out there ‘just in case’.

Building up a peace

But no one is kidding themselves that this election will be perfect. Election material arrived in some places the day before the vote and in a country with very bad roads and communication that’s a problem because some polling stations are many kilometres from the provincial hubs.

On Friday, the vote was delayed for a fifth time because the materials weren’t distributed and polling staff hadn’t been properly trained.

The UN’s Assistant Secretary-General Diane Corner told me the situation remains incredibly fragile “but we’re building up a remarkable peace” and that “one of the things that’s exciting is the determination to participate, many armed groups understand that they have a stake in the election too”.