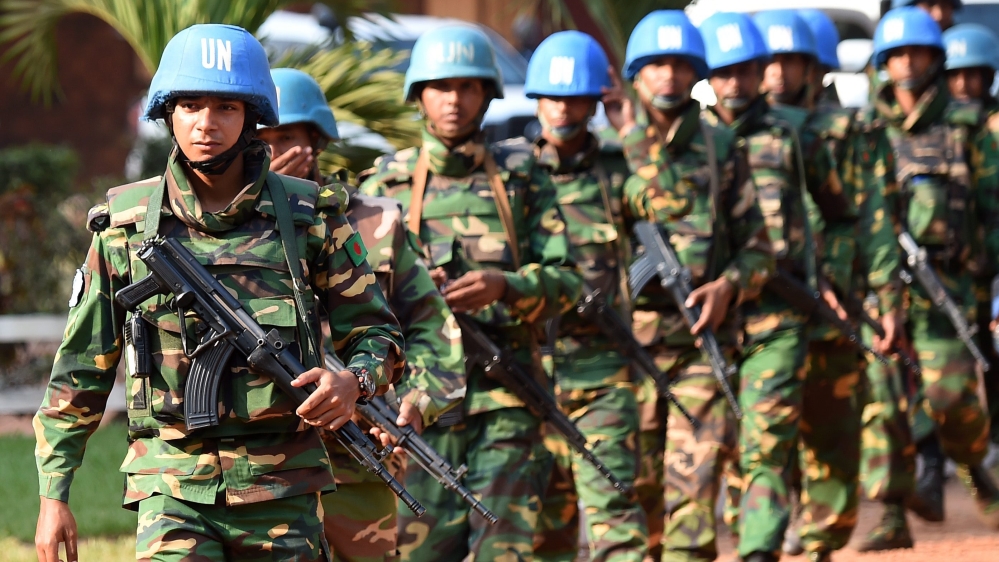 A Muslim rebel leader in the Central African Republic (CAR) has declared an autonomous state in his northeastern stronghold after rejecting upcoming elections aimed at ending years of conflict.

A spokesman and chief lieutenant for Nourredine Adam, the leader of a splinter faction of the Muslim Seleka rebel group, said the Republic of Logone was proclaimed in the northeast on Monday.

“What we want first of all is autonomy. Then we’ll look at how to move towards independence,” Maouloud Moussa told Reuters from the group’s headquarters in the town of Kaga-Bandoro.

“Muslims are marginalised … The north has been abandoned by the central government. There are no roads, no hospitals, no schools.”

“We call upon the international community and the international forces present in Central African Republic to do everything possible to neutralise the capacity to do harm of these terrorists,” said Dominique Said Panguindji.

UN peacekeepers took down the rebel republic’s flag – horizontal yellow, green and black stripes with a white star – after it was raised over the northern town of N’Dele.

Adam’s move comes two days after Central Africans went to the polls to vote on a new constitution, a requirement for elections intended to restore democratic rule and help end the cycle of instability.

At least two people were killed and 20 others wounded when heavy fighting broke out on Sunday in a Muslim enclave of the capital Bangui as voting was under way.

The rebel leader had previously called for the referendum and polls scheduled for December 27 to be cancelled, but voting went ahead yesterday under UN protection.

Louisa Lombard, author of “Making Sense of the Central African Republic” and a professor of Anthropology at Yale University, told Al Jazeera that Adam’s move was a “negotiating tactic” designed to either postpone the upcoming elections or help the rebels increase their power.

“I don’t think that anyone in Seleka really thinks that it is feasible or viable to create an independent state in the northeastern part of the Central African Republic, but they do recognise that it is a useful negotiating tactic now as elections are upcoming,” she said.

Looking ahead, Lombard said only MINUSCA, the UN mission in the Central African Republic, had the “real power” to force Adam and the president back to the negotiating table.

About one-quarter of CAR’s 4.7m population have been displaced since March 2013, when Muslim Seleka rebels overthrew Christian president Francois Bozize.

Fighting has been ongoing between armed Christian groups and Muslim fighters since then, despite the deployment of the 11,000-strong UN force last year.

The landlocked country is currently led by interim President Catherine Samba-Panza, a Christian, and Prime Minister Mahamat Kamoun, a Muslim.