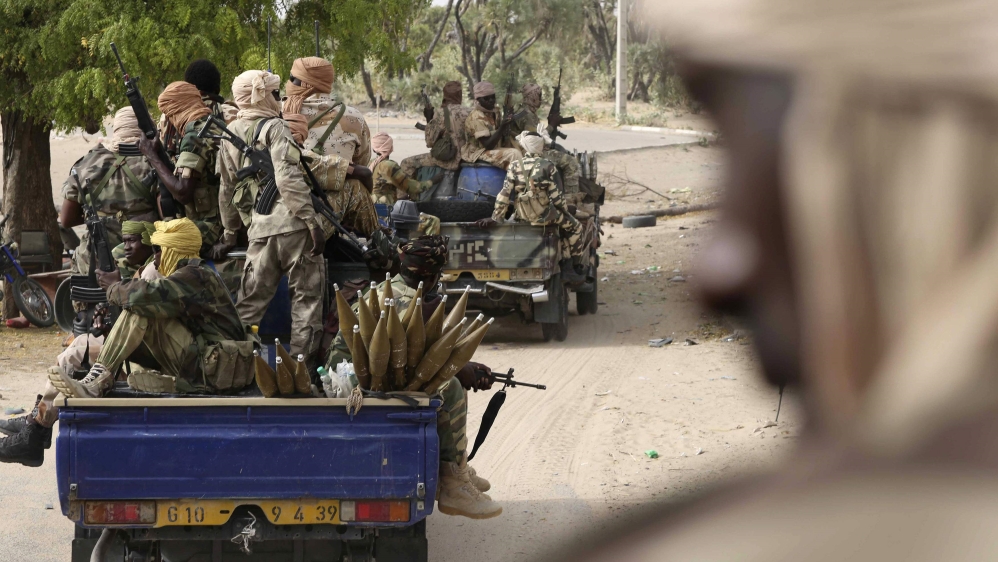 Cameroon’s army, with backing from a regional anti-Boko Haram task force, have killed at least 100 fighters from the Nigerian armed group and freed 900 people it had held hostage, the army and defence ministry said on Wednesday.

“In the course of this operation, at least 100 members of Boko Haram were killed. Nine hundred hostages detained by Boko Haram were freed,” army spokesman Colonel Didier Badjeck announced on Wednesday.

Joseph Beti Assomo, Cameroon’s Minister of Defence, said an “important stock of weapons and ammunition” and flags belonging to the Islamic State of Iraq and the Levant (ISIL), to which Boko Haram is affiliated, have been seized, according to the news site CameroonWeb.

He said multi-national forces including the Nigerian army and Chadian soldiers were involved in the operation in the far north border area with Nigeria, from November 26 to 28.

Aliyu Musa, an independent researcher on War and Conflict Study and Boko Haram specialist, said reports are true, the number of fatalities is “very significant”.

“The Boko Haram fighters are not as organised as they used to be, and training those many fighters take time,” he said in an interview with Al Jazeera.

Musa also said that it is important that Cameroon is coordinating the operation with its neighbouring countries, as it denies Boko Haram easy exit routes across the border.

Musa added that said that the operation should have happened as early as July or August, when the deployment of a multi-national force was first announced.

“This should have happened much earlier, because this terrorist group has been carrying out attacks in border regions,” he said, pointing out that in recent weeks the group killed an ethnic ruler and his family in Niger.

With stepped up operation, he warned that Boko Haram could retaliate by carry out more suicide bomings.

Boko Haram, which wants to implement Islamic law in Nigeria’s northeast, has launched attacks in Nigeria and neighbouring countries including Cameroon over the past few months.

The armed group is also using Cameroon’s impoverished far north to stockpile supplies and recruits until the government cracked down last year.

Cameroon is in an 8,700-strong regional force led by Nigeria against the the group, expected to be operational by the end of the year.

Last October, the United States announced that up to 300 troops as well as surveillance drones have been deployed to Cameroon to fight Boko Haram.