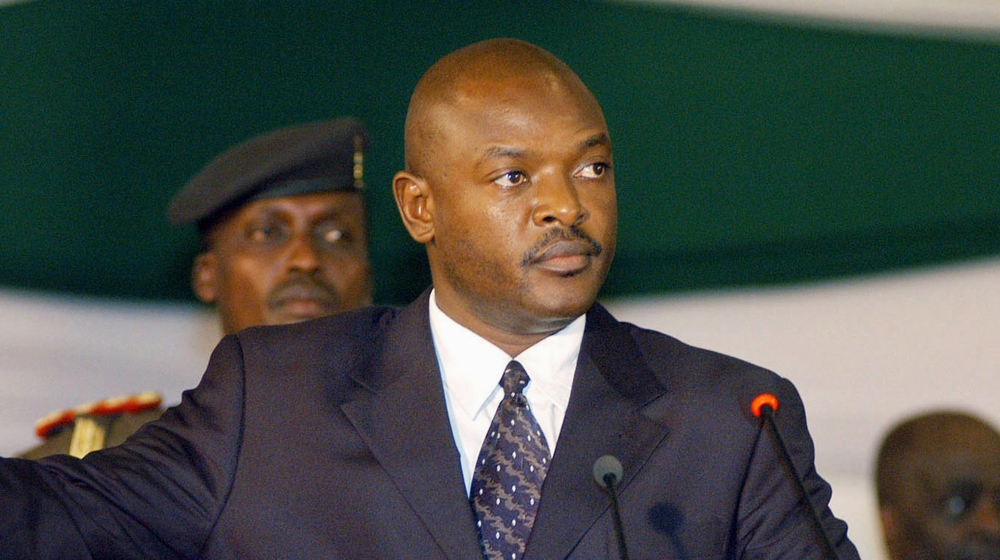 Burundi’s President Pierre Nkurunziza has threatened to fight African Union (AU) peacekeepers if they were deployed in the country to halt violence that has claimed hundreds of lives.

Earlier this month, the AU said it was ready to send a 5,000-strong peacekeeping force to protect civilians caught up in months of unrest, triggered by Nkurunziza’s announcement in April that he would seek a controversial third term.

In his first public response to the AU plan, broadcast on state radio on Wednesday, Nkurunziza said that “everyone has to respect” Burundi’s borders, according to a Reuters news agency report.

“In case they violate those principles, they will have attacked the country and every Burundian will stand up and fight against them … The country will have been attacked and it will respond,” he said.

Nkurunziza’s comments, his most confrontational yet, came as the AU threatened to sanction Burundi’s rival factions if they failed to attend peace talks next month.

After meeting in Uganda on Monday, Burundi’s government and opposition are due to gather again in January in the northern Tanzanian town of Arusha for a fresh round of talks aimed at ending months of violence.

Ugandan officials said discussions would resume on January 6 but Burundi’s government delegation said no consensus had been reached on the date.

AU Commission chief Nkosazana Dlamini-Zuma warned of sanctions if violence continues and talks do not go ahead.

“All those whose action could jeopardize the inter-Burundian dialogue, including attacks by armed groups against governmental facilities and other targets, as well as refusal to respond to the invitation of the mediator, shall be subjected to sanctions,” Dlamini-Zuma said in a statement.

She gave no further details of possible sanctions, which have been threatened before, but called for “unreserved cooperation” with the peace process “in order to put an end to the violence.”

At least 400 people have been killed since protests against Nkurunziza’s third presidential term started in April, and nearly 3,500 have been arrested in the political crisis, according to UN figures.

The surge in violence has raised fears of a return to civil war, a decade after the end of a 1993-2006 conflict between rebels from the Hutu majority and an army dominated by minority Tutsis, which left 300,000 people dead.