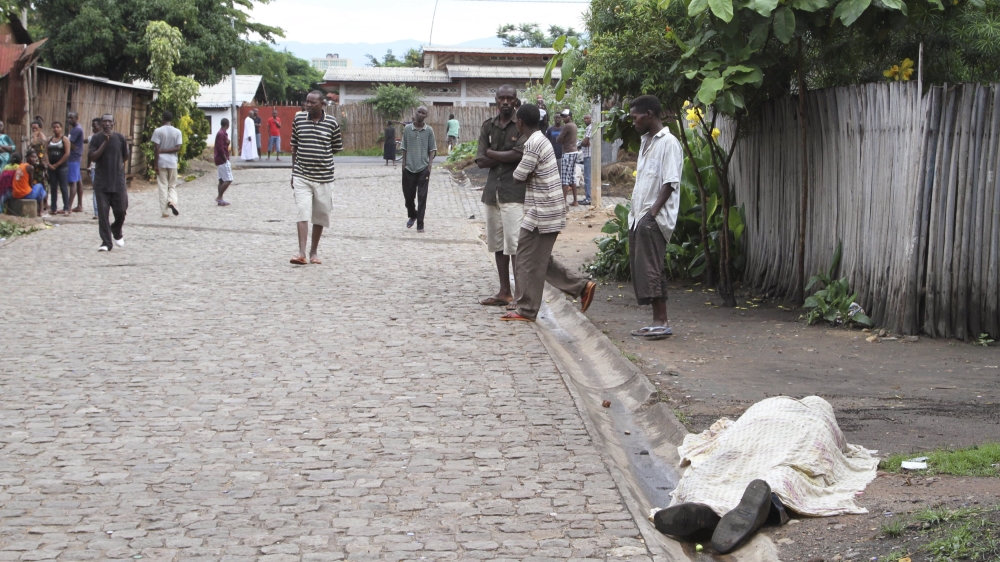 The top UN human rights assembly has approved a resolution calling for the immediate deployment of experts to Burundi to investigate abuses and prevent the escalation of violence, as the Africa Union warned that it won’t allow a “genocide” to take place.

At least 87 people were killed on Friday in the worst violence in months linked to President Pierre Nkurunziza’s disputed third term.

The 47-member Human Rights Council approved by consensus on Thursday in Geneva a text that calls for the UN human rights chief to send in a mission of experts who are to report regularly on the rights situation there.

In its decision, the UN body condemned serious human rights abuses committed by security forces, government supporters and the opposition. Its members also expressed concerns about the government’s violent crackdown on civil society.

Earlier on the Thursday, the UN’s high commissioner for human rights warned that Burundi was “on the very cusp of civil war” and called for the involvement of the International Criminal Court.

“Those responsible for human rights violations and instigating violence should be subject to sanctions, including asset-freezes and travel bans,” said Zeid Ra’ad Al Hussein.

: Bodies on the streets as violence rocks Burundi

At least 400 people have been killed since protests against Nkurunziza’s third presidential term started in April, and nearly 3,500 have been arrested in the political crisis, according to UN figures. At least 220,000 people have fled the country.

The warning of a risk of looming ethnic bloodshed came as the 54-member African Union said the continent “will not allow another genocide to take place on its soil,” a reference to the horror in Rwanda in 1994.

Al Jazeera’s Mohammed Adow, reporting from the capital Bujumbura, said the plans for the deployment of UN peacekeepers had been “outrightly rejected” by Burundi’s government.

“A government spokesman said those are are agitating for the deployment of foreign peacekeepers in Burundi have ulterior motives,” Adow said.

The special session at the UN’s top rights body was debating a draft resolution tabled by the United States pressing for Hussein to urgently dispatch an investigative team to Burundi, with US ambassador Keith Harper decrying “a climate of fear” in the country.

“The international community must use all of the tools available to push for an immediate end to the cycle of violence perpetrated by both the security forces and elements of the armed opposition.” Harper said.

Adama Dieng, a UN adviser for the prevention of genocide, meanwhile warned that both the government and the opposition were manipulating ethnic tensions in Burundi, pitting Hutus and Tutsis against each other.

“The country appears to be on the verge of a descent into violence that could escalate into atrocity crimes,” he told the council.

He voiced alarm that hate speech and rhetoric is currently being used in Burundi that resembles that seen ahead of the 1994 genocide in neighbouring Rwanda.

The upsurge in violence has raised fears of a return to civil war, a decade after the end of a 1993-2006 conflict between rebels from the Hutu majority and an army dominated by minority Tutsis, which left 300,000 people dead.

UN Secretary-General Ban Ki-moon also warned earlier this week that Burundi was on “the brink of a civil war that risks engulfing the entire region.”