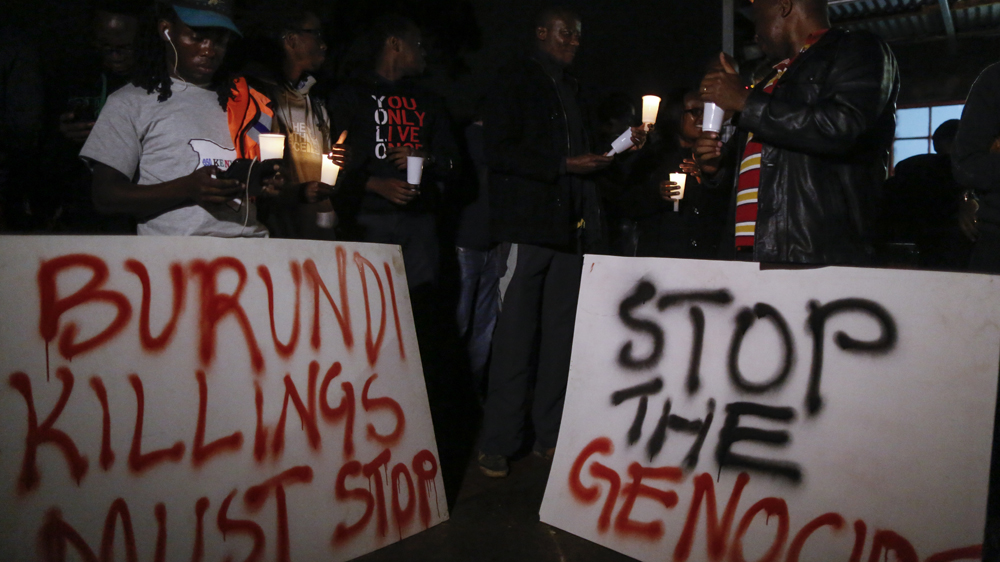 Ugandan mediators launched talks between Burundi’s government and the opposition on Monday to halt a spiral of violence that has claimed hundreds of lives in recent months.

Representatives from both sides met in the Ugandan capital Kampala on the initiative of Ugandan President Yoweri Museveni, the East African Community’s mediator in the Burundi conflict, presidential press secretary Lindal Nabusayi said.

“If you are only looking out for power, then you are an enemy to the people of Burundi,” Museveni said at the meeting.

Burundian President Pierre Nkurunziza’s announcement in April that he would seek a third term in office – despite the constitutional two-term limit – sparked violent protests. Nkurunziza then went on to win a July election boycotted by the opposition.

The UN says at least 400 people have been killed and tens of thousands have fled the country.

The violence has unnerved a region that remains volatile two decades after the genocide in neighbouring Rwanda.

Police and the youth wing of the ruling party stand accused of killing suspected government opponents, while armed groups – including renegade soldiers – are trying to topple Nkurunziza.

“East Africa will not tolerate violence of this nature,” Museveni said.

Getting both sides to talk for the first time in months was regarded as an achievement in itself.

READ MORE: Bodies on the streets as violence rocks Burundi

“The government delegation said it’s not willing to negotiate with anyone who tried to overthrow the government – a reference to a coup attempt staged in May.

“For its part, the opposition delegation said the July election was not valid and went against the constitution. They say there should be new elections in a safe environment. It’s hard to see how these two sides can be reconciled,” said Webb.

Concerns have been raised that the conflict could take an ethnic turn, pitting the majority Hutus against the minority Tutsis. Burundi has seen several waves of ethnic violence including the 1993-2005 civil war that left 300,000 people dead.

The government has rejected plans by the African Union to send 5,000 peacekeepers to the country.