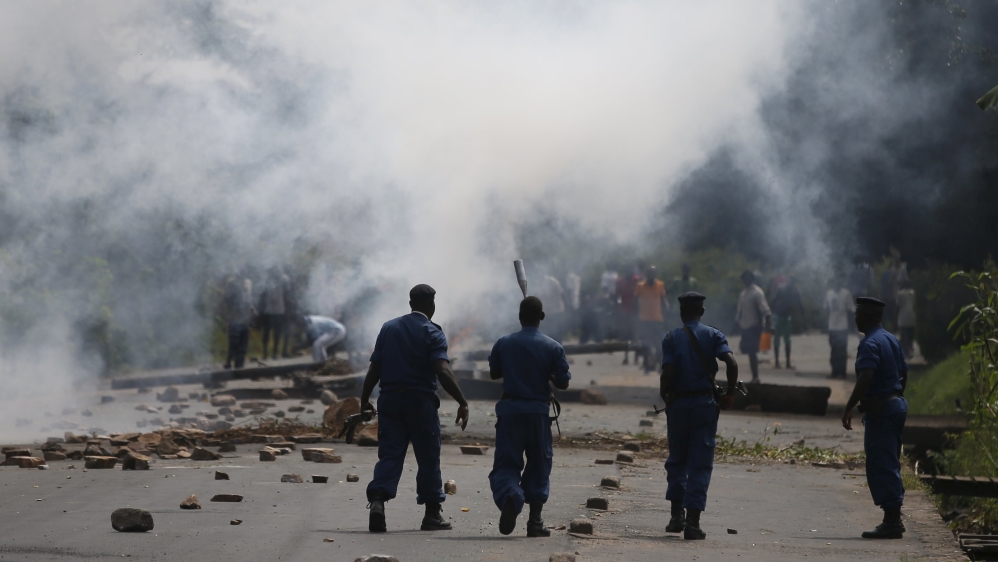 Burundi’s opposition has come together for the first time with the stated aim of using force to oust President Pierre Nkurunziza, the rebel leader said on Wednesday.

The rebels have called themselves the Republican Forces of Burundi – or “Forebu” from its name in French, Les Forces Republicaines du Burundi – said Edward Nshimirimana, a former army colonel.

The group has come together “to protect the population” and uphold the Arusha agreement, which ended the 1993-2006 civil war that killed an estimated 300,000 people.

“Our goal is to drive out Nkurunziza by force to restore the Arusha accord and democracy,” Nshimirimana told the AFP news agency by phone.

The rebel leader condemned the “barbarity of Nkurunziza’s regime” and said the opposition was driven to rebellion in the face of violence from state security forces and the government’s “categorical and arrogant rejection of any dialogue”.

RELATED: Only mediation can stop the violence in Burundi

Nkurunziza – an ex-rebel and born-again Christian who believes he has divine backing to rule – won a controversial third term in office in July.

A coup attempt in May was crushed after two days with many of the soldiers and police who took part fleeing the country. More than 200,000 people have fled since April.

While there have been near-daily gun battles in the capital, attacks are now taking place in other parts of the country. Until now, the rebels had no formal name.

The formation of Forebu is significant as Bujumbura’s government has dismissed talk of a rebellion, instead blaming attacks on “armed criminals”.

Human Rights group Amnesty International said on Tuesday that independent researchers should investigate Burundi’s security forces for alleged human rights violations, including extra-judicial executions, rape, and looting in the unrest over the past year.

The United Nations has warned the small central African country risks sliding back into civil war as violence continues. Burundi plunged into civil war along ethnic lines between majority Hutus and minority Tutsis in 1993.