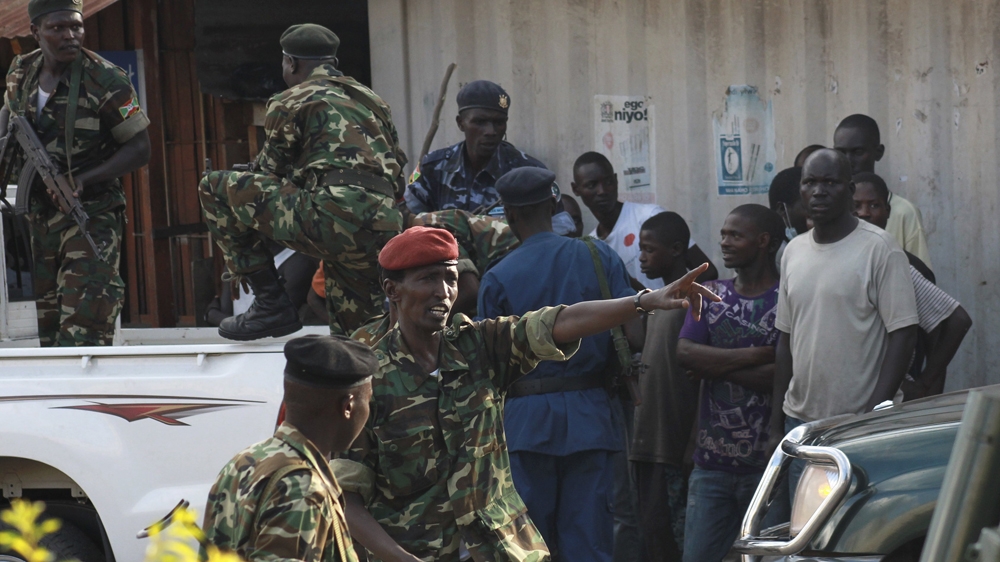 The trial of 28 men accused of launching a failed coup in Burundi in May opened on Monday amid heightened tensions after attacks last week in which 87 people were killed.

Former Defence Minister Cyrille Ndayirukiye and five other generals were among those standing trial for their alleged involvement in an attempt to oust President Nkurunziza while he was seeking a third term in office.

The defendants – who appeared under tight security in a court room in Gitega, some 100km east of the capital Bujumbura – are charged with an “attempted coup and calling for a popular uprising, killing soldiers, policemen and civilians, and the malicious destruction of buildings”, prosecutor Adolphe Manirakiza said.

The prisoners, all senior military and police officials, told the court they were being held in “inhumane and degrading” conditions, and kept in tiny cells with a bucket as a toilet.

Burundi has been in turmoil since the April announcement that Nkurunziza would seek a third term in office. Nkurunziza won elections in July, but violence has since escalated.

At least 87 people died on Friday in the capital Bujumbura – many reportedly shot dead execution-style – when an unidentified group attacked three military facilities.

More than 300 people have been killed and about 215,000 others have fled Burundi since April. Hundreds of Burundians have been imprisoned for opposing Nkurunziza’s extension of his rule.