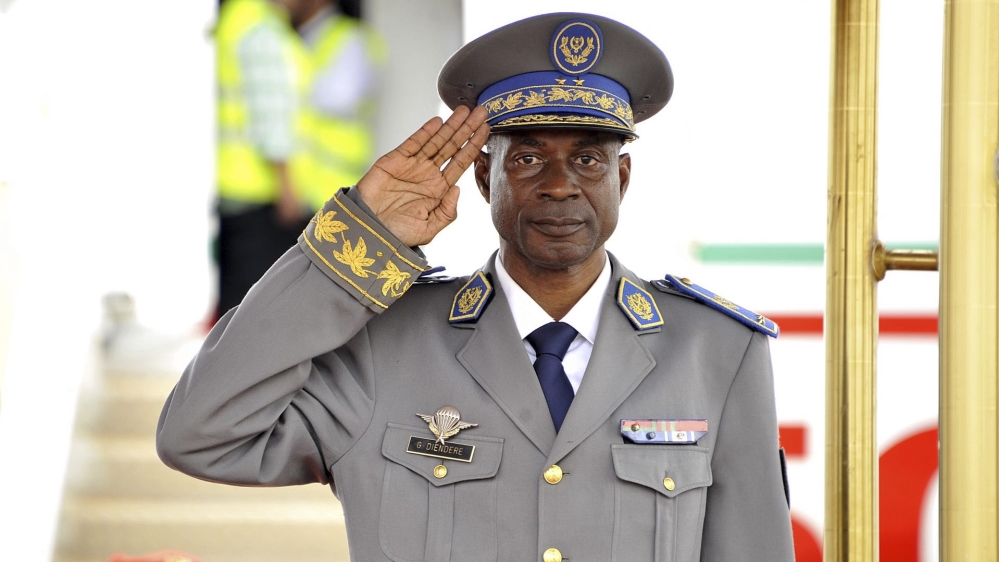 Authorities in Burkina Faso have charged a general who led a failed coup in September with complicity in the 1987 assassination of President Thomas Sankara, senior security sources have told the Reuters news agency.

“General Gilbert Diendere is formally charged in the Thomas Sankara case,” a senior security source with direct knowledge of the case told Reuters, adding Diendere had been charged last month.

Mathieu Some, Diendere’s lawyer, told Reuters on Sunday that his client had been charged over Sankara’s death and he would prepare his legal defence. The charges are yet to be made public.

Ten others, less senior than Diendere, have already been charged, Reuters reported. The senior security official said most were soldiers in the elite presidential guard of former President Blaise Compaore, who was ousted in October 2014.

Sankara took power in a coup in 1983 and pursued a philosophy of Marxism and pan-Africanism that led him to be called “Africa’s Che Guevara”.

He was known for his trademark red beret and rejection of the lavish lifestyle typical of some African leaders. In October 1987, he was murdered in a coup that brought Compaore to power.

Sankara’s murder is one of the most high-profile killings in Africa’s post-independence history and the charge against Diendere could represent a breakthrough in a case that has haunted the West African country for decades.

It follows a pledge by the transitional government to investigate the murder and a decision in May to exhume the remains of a body believed to be Sankara’s, which was buried at a cemetery on the outskirts of the capital Ouagadougou.

Diendere was Compaore’s intelligence chief and right-hand man. In September, he led the presidential guard in a short-lived coup in which soldiers took transitional President Michel Kafando and the prime minister hostage.

The coup failed and in its aftermath, the presidential guard was disbanded and Diendere sought refuge at the Vatican embassy. He was then arrested and charged with murder and threatening state security. He is still in detention.