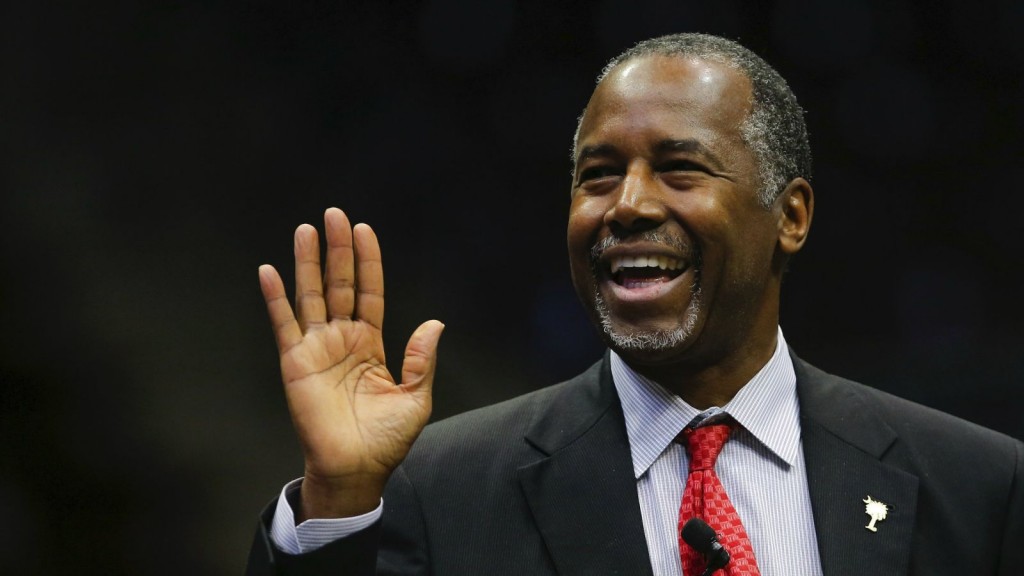 Another White House candidate with Kenyan roots.(Reuters/Chris Keane)[/caption] US Republican presidential hopeful Ben Carson is trying a new tactic to boost his faltering campaign: claiming his African roots. The retired neurosurgeon announced that he will be visiting Kenya, as well as Nigeria and Zambia, later this month. “My ancestors are from the Kenya, Tanzania region… I’ve had all of that traced back,” he said in an interview on the Hugh Hewitt radio show on Dec 7. In Kenya, where president Barack Obama’s father was born, reaction online ran from excited to sarcastic:

Another Kenyan (Turkana) descendant running for US President!! http://fb.me/7I6wQv3CU

“My ancestors are from the Kenya-Tanzania region, the Turkana tribe.”

Heard Ben Carson is visiting Kenya soon.. I can’t wait to meet him & tell him how much I did not read his books,.

The point of Carson’s trip, which starts Dec. 27, appears to be to bolster his foreign policy knowledge, which he has admitted is a weak spot. Carson says he wants to learn about Boko Haram from Nigerians directly. Another important goal may be to streamline his personal narrative. Carson, once a popular black American icon who grew up in inner city Detroit and became one of the country’s leading neurosurgeons, may be thinking of the president he routinely criticizes. Obama’s Kenyan roots, at first ammunition for his detractors, eventually became a credit to his worldliness and ability to relate to immigrants, as well as to African Americans. Carson first claimed his East African ancestry—specifically his roots in Turkana, a semi-nomadic pastoralist community—after critics accused him of not understanding slavery when he called the president’s healthcare law, the Affordable Health Care Act, “the worst thing since slavery.” Defending his comment, Carson said in July that his family had experienced slavery. Two of his ancestors, a brother and a sister, had been sold to different slave owners. “The pain and the heartache associated with that era… There is nothing that compares to it,” he said at the time. *Source Quartz]]>