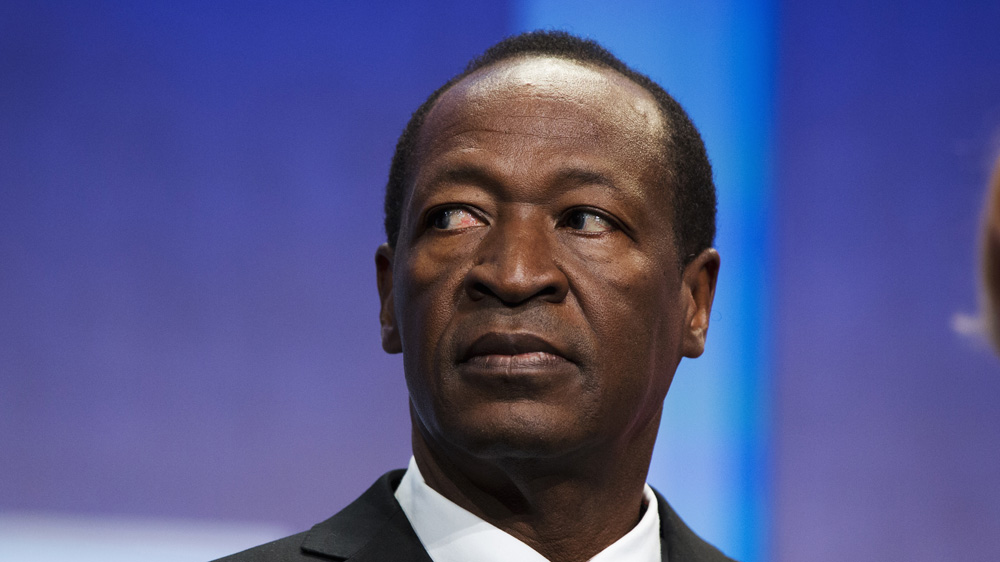 Sankara, a revolutionary figure who is still a hero to many in West Africa, was killed on October 15, 1987 during the coup that brought his friend and former comrade-in-arms Compaore to power.

“I confirm that an international arrest warrant was issued against [ex-]President Blaise Compaore by the investigating judge,” Prosper Farama, a lawyer for Sankara’s family, told Reuters news agency.

At least five other people, mostly former soldiers, have been charged in connection with Sankara’s killing – including General Gilbert Diendere, Compaore’s former chief-of-staff, who led a failed coup in September.

Sankara took power in a coup in 1983 and pursued a philosophy of Marxism and pan-Africanism that led him to be called “Africa’s Che Guevara”.

Sankara’s murder is one of the most high-profile killings in Africa’s post-independence history and criminal charges could represent a breakthrough in a case that has haunted the West African country for decades.

Meanwhile on Monday, a police lab helping to investigate Sankara’s killing said it could not find any “detectable DNA” in remains presumed to be his, another family lawyer said.

Nearly three decades after his death, remains believed to be those of Sankara and 12 former aides were exhumed from a cemetery in the capital, Ouagadougou, in May.

“There is no detectable DNA in accordance with the current state of science,” said Benewende Stanislas Sankara, one of the lawyers representing Sankara’s family and who is no relation.

“We can simply say that in view of these results, the state of the remains did not permit the laboratory to certify the existence of DNA,” the lawyer said.

A police lab in the southern French city of Marseilles performed the testing.

According to autopsy results released in October, the leader’s supposed remains were “riddled with bullets”.

Several reports have since suggested he was executed by a hit squad at government headquarters.

The probe into Sankara’s death was launched five months after Compaore was ousted as president in a popular uprising in October 2014.