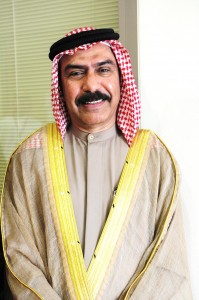 Mr. Abdul Rahman Falaknaz, Chairman of IEC[/caption] International Expo Consults (IEC) stated that the African printing industry stakeholders can immensely benefit by visiting the (Sign and Graphic Imaging) SGI Dubai 2016 trade show. The event will showcase the innovative products and services from various exhibitors from across the globe under a unified platform. As per the Smithers Pira report the printing revenues in Middle East and Africa are set to touch US$26 billion in 2018. SGI Dubai 2016 in its 19th edition will be held on the 10th, 11th and 12th of January 2016, at the Dubai World Trade Centre.  This is also the largest and prominent trade event for printing and signage industry in the region.  SGI Dubai 2016 will also have dedicated pavilions for the players within the digital signage, textile printing and retail signage industry sectors. Mr. Abdul Rahman Falaknaz, Chairman of IEC states, “We are looking forward to welcoming the trade visitors from Africa to our show. We received close to 13000 visitors from across 78 countries in the previous edition of our show and the numbers are slated to increase in 2016 as well.  There is a huge demand for state-of-the-art printing equipment and signage as the African economy is now consolidating and growing to the next level. Hence, a strategic approach from Africa’s print and signage industry can provide the ideal solutions that could contribute to the development of businesses within several vertical industry segments.” “There is a huge potential in Africa’s printing industry. Stakeholders are looking to gradually phase out old equipment to bring in new technology. This growth translates into large scale opportunities for printers, raw material suppliers and print equipment suppliers in Africa. Growing requirement from industries such as retail, entertainment and healthcare are definitely expected to drive the local demand in the coming years,” added Mr. Falaknaz. SGI Dubai 2015, an official Dubai Shopping Festival event welcomed over 400 global exhibitors from across 34 countries and registered over 12,781 trade visitors from 78 countries during the last edition. SGI Dubai 2016 is an ideal converging point where visitors and exhibitors can reach out with architects, sign makers, print and production manufacturers, media agencies, real-estate developers, brand and image consultants among others. In the past decade, the GDP of 54 countries in Africa has been rapidly expanding as compared to the global average and is now a USD$2 trillion economy. As per reports six of the ten fastest growing economies in the world are now located in Africa and the world is currently witnessing its booming economic success. This is also slated to give a tremendous boost to the economy’s printing industry sector in the coming years. International Expo-Consults (IEC) is an internationally recognized trade show management company with an impressive track record of 20 years of operations in the Middle East and Asia Pacific region. The Exhibition arm of the Dubai-based conglomerate, the Falak Holding; IEC is the organiser of key exhibitions including Sign and Graphics Imaging (SGI Dubai) and the Dubai, Entertainment, Amusement and Leisure (DEAL). Dubai-based conglomerate, Falak Holding has been an industry pioneer for the last 33 years having diversified business interests. Falak Holding is also a key stakeholder and investor in the prestigious Dubai Sports City project *APO]]>