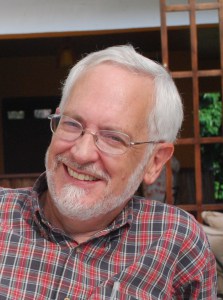 Chris Conte[/caption] Christopher Conte, the editor of Crossroads, grew up in Washington State, the northwest corner of the continental US. He graduated from Harvard College, and spent the first 22 years of his career as a newspaper man, learning his trade in the state  of Vermont, whose green hills and lush valleys are reminiscent of Uganda. He covered the US Congress for Congressional Quarterly, and then spent 15 years as a reporter and editor for the Wall Street Journal, covering economics, the White House, labor, domestic policy and international affairs. In 1996, he became a staff correspondent for Governing Magazine, where he reported on a wide range of domestic US social policy issues. He also reported on telecommunications for the Benton Foundation, public health for the Robert Wood Johnson Foundation and international development for the World Bank  Group’s International Finance Corporation. The latter job led him to travel extensively in Eastern Europe, Asia and Africa. He worked as a Knight International Health Journalism Fellow in Uganda from 2008 to 2010, and in 2011 he moved to New Delhi, India, where he helped establish a post-graduate journalism training program. Since then, he was worked as an international journalism educator for the International Center for Journalists and as a freelance editor and consultant. Q. What inspired “Crossroads”? A. It grew out of some informal conversations I had with a number of Ugandan women journalists when I worked there as a journalism trainer and mentor. I was struck by their sophistication and by the graceful way they blended a cosmopolitan perspective with the traditional values of an older, rural Uganda. We became convinced that telling personal stories in a straightforward journalistic style would be a good way to illuminate cultural issues. We called the essays “coming of age” stories because the authors describe how culture shaped them when they were young and how they, in turn, hope to reshape it now that they have grown up. But while the stories are quite personal, they also reflect the fact that women have come into their own as a leading force in Ugandan society. Q. Why did you deal just with women authors? A. Mainly because it was women who came forward to write these stories. Women may be more attuned to the issues explored in this book because their own roles are changing so rapidly in traditional societies like Uganda. Also, women seem to draw fewer lines between the public and personal spheres, so they may be more sensitive to the impact of societal change on private lives. Q. Are the authors of Crossroads representative of their whole society? A. They are part of the educated, urban middle class, so that sets them apart in ways from many Ugandan women. But even if they are a minority, they are an increasingly influential and growing one, even though sometimes ignored by the western media. Caroline Ariba, whose story gave the book its title, reflects in her essay on what distinguishes her, as a university-educated urbanite, from poor women who spend their lives toiling in the fields. She concludes that they aren’t so different. Her nuanced observations and those of other writers, depict a culture in motion – or, as Caroline puts it, at a “crossroads.” Q. Where is it going? A. That is what people like the authors of “Crossroads” are deciding. In the West, we tend to see development as a uniform process that knows no physical or cultural boundaries. But does that have to be the case? Whether the issue is sex roles, religion, sports or politics, these writers are constantly weighing their own traditions against so-called “modern” values, accepting and rejecting aspects of each. In the process, they are constantly redefining themselves. In the opening essay in “Crossroads,” Nakisanze Segawa makes this point explicitly, explaining how she gave herself a new name to demonstrate her decision to chart a new course for herself while honoring tradition. The theme comes up again in other essays, including Sophie Bamwoyeraki’s reflections on what she gained and what she lost in moving from the simple village where she grew up to a life as a professional in Kampala, Lydia Namubiru’s explanation for how she became a “non-practicing pagan” and her biting observations about what she likes about Western culture and dislikes about the role westerners play in her society, Hilda Twongyeirwe’s account of her experiences with western-trained doctors and traditional healers in search of a cure for a mysterious childhood affliction, and many other stories. Q. What challenges did you face as a non-Ugandan editing stories by Ugandans? A. At times, I felt self-conscious about my role. Many Africans believe western journalists and researchers unfairly appropriate African stories for their own profit and professional advancement. They also object to stereotypes of Africa – many derived in the West but some perpetuated by fellow Africans – that either depict the continent as desperately backward or romanticize it as somehow more in touch with nature than the “civilized” West. I sympathize with such concerns. By producing true, personal stories, I think we avoided the hackneyed stereotypes. And as editor, I saw my role as helping the authors tell their stories, not telling them what to say. They, in turn, were poetic in describing what they find good about their society but brutally honest in discussing its shortcomings. Working with them was one of the most satisfying experiences of my professional life.   Q. Would the book have come out differently if it had a Ugandan editor? 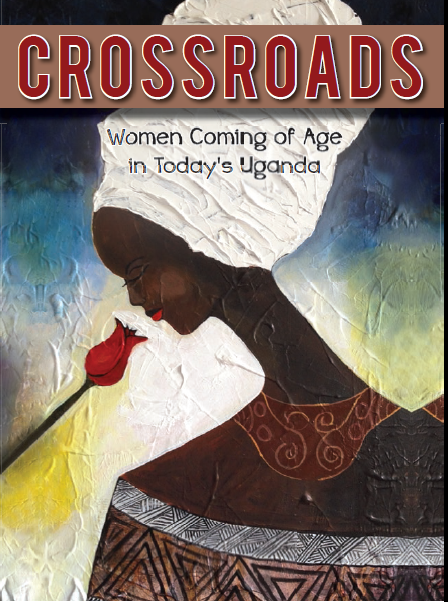 A. Judging from how my Ugandan friends communicate with each other on Facebook, yes. There would be many more phrases in local languages. There undoubtedly would be allusions to people and events I do not know. But being an outsider had some advantages. By asking Ugandan writers to explain things that a fellow Ugandan wouldn’t question, I’d like to think I helped make the issues more intelligible to a non-Ugandan reader. And I hope that by laying bare assumptions Ugandans may take for granted, the stories encourage constructive self-examination among Ugandans as well. In many ways, this kind of cross-cultural dialogue is the story for our times. Cultures increasingly are being shaped in a global discourse. Nothing can stop that. The important thing is to approach cross-cultural dialogue with an open mind, respect and empathy. Q. What is next for you? A. I would love to do another project like Crossroads, maybe in another culture. Or maybe I should see if I can find Ugandan men who’d like to tell their stories as these women have. A while back, a male Ugandan friend of mine predicted that “Crossroads” would be a best seller in Uganda because “everybody is trying to figure out women.” I wouldn’t be surprised to hear my female Ugandan friends say the same of men. If nothing else, working on a male “Crossroads” would give me an excuse I to keep going back to a country where the weather is always perfect and the people fill me with good spirit and hope. *Culled from Crossroads]]>