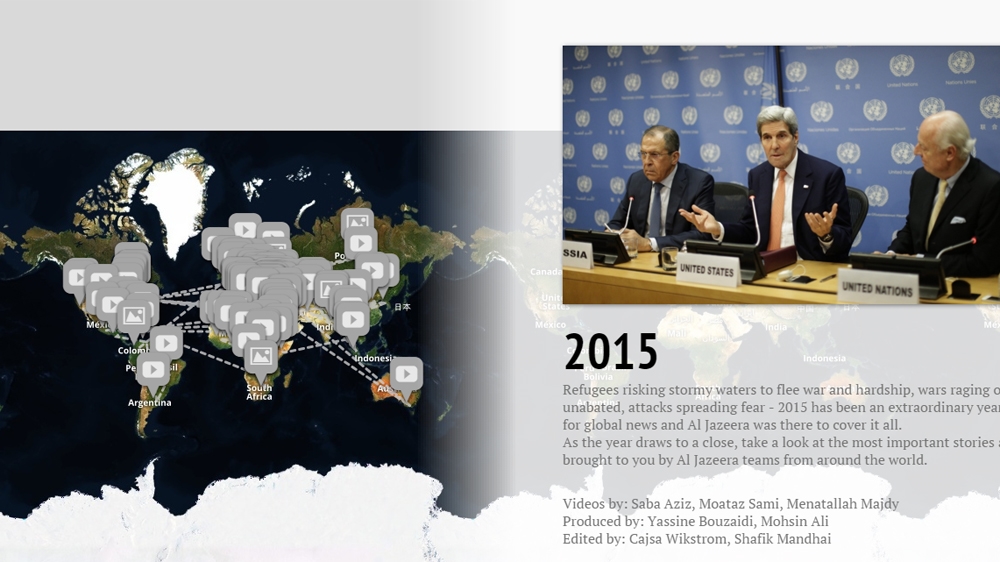 As another year draws to a close, there is no denying that violence, bloodshed and disasters dominated Al Jazeera’s news headlines once again.

From the Charlie Hebdo shootings in Paris to a deadly bombing in Beirut and from Nepal’s devastating earthquake to explosions in China’s Tianjin port, a tide of grim news poured in from different corners of the globe.

But it was not all gloom and doom.

Gay couples rushed to wed as same-sex marriage was legalised across the US and in Ireland.

The West African nation of Burkina Faso celebrated the election of a new president after almost three decades of one-man rule.

Volunteers in Europe joined hands to brighten the lives of thousands of refugees fleeing war and poverty.

On the lighter side, the hippopotamus that escaped a Georgia zoo during floods in June was safely brought back.

In addition to covering it all, Al Jazeera travelled to some remote places including Siberia’s Lake Baikal and the Republic of the Congo’s haven for endangered great apes, where only a few outsiders have ever set foot.

Scan the globe below and click on the markers to see what stories affected people’s lives across the world.

The post 2015: The year that was on Al Jazeera appeared first on African Media Agency.