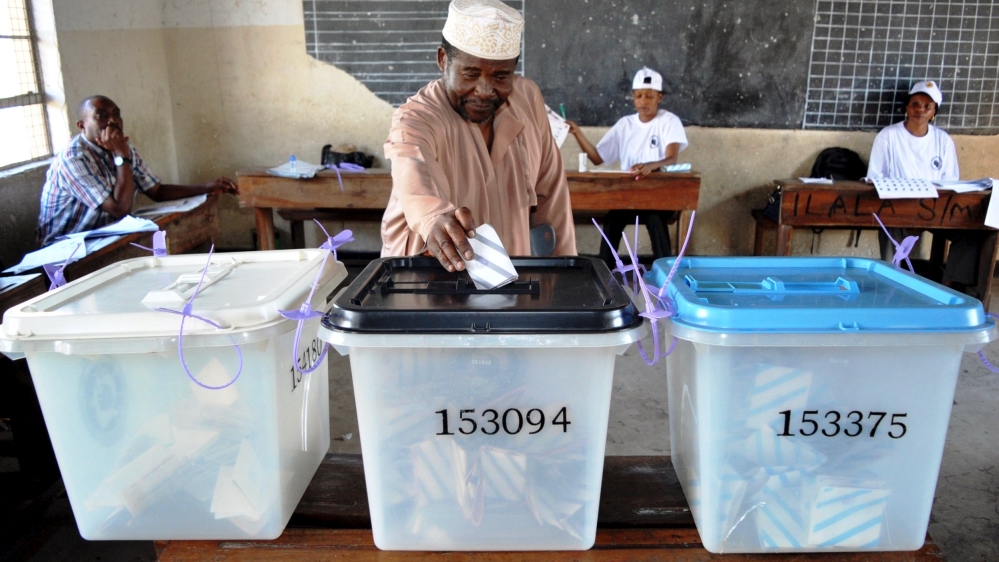 The semi-autonomous islands of Zanzibar annulled October’s elections and a new vote appears likely despite continued negotiations to strike a political deal with Tanzania’s mainland.

Despite fierce opposition criticism, the government formalised the nullification of the October 25 polls on Wednesday after the Zanzibar Electoral Commission (ZEC) cited “violations of electoral law”.

The annulment came after a key candidate, Seif Sharif Hamad of the opposition Civic United Front (CUF), declared himself the winner before the results were officially announced.

Hamad and incumbent President Ali Mohamed Shein from the ruling party Chama Cha Mapinduzi (CCM) have met at least twice in a bid to resolve the crisis, media reports say.

A government statement said Shein would remain in charge until new elections.

Zanzibar’s 500,000 registered voters also cast ballots for Tanzania’s national president, and despite the cancellation on the islands, new President John Magufuli has been sworn into office.

He took power along with the East African nation’s first female vice president, Samia Suluhu Hassan, who comes from Zanzibar.

Magufuli’s win in the October 25 election with more than 58 percent of votes cemented the long-running CCM’s grip on power.

But on Zanzibar, African and other international observers have said they were deeply concerned and urged leaders to “cast aside their differences” to ensure peace. Zanzibar has experienced sectarian and political tensions in recent years, including several grenade attacks.

Several homemade bombs have detonated in Zanzibar town since the polls – including in the heart of the historic Stone Town district, a UNESCO-listed area popular with tourists – although there have been no injuries.

Wider tensions around Zanzibar’s union with the mainland also exist, with some opposition parties wanting to break ties and return to the independence it briefly enjoyed in early 1964 before merging with Tanganyika, as Tanzania was then known.

CUF promised to campaign for full autonomy if it wins, while the CCM vowed to maintain the status quo.